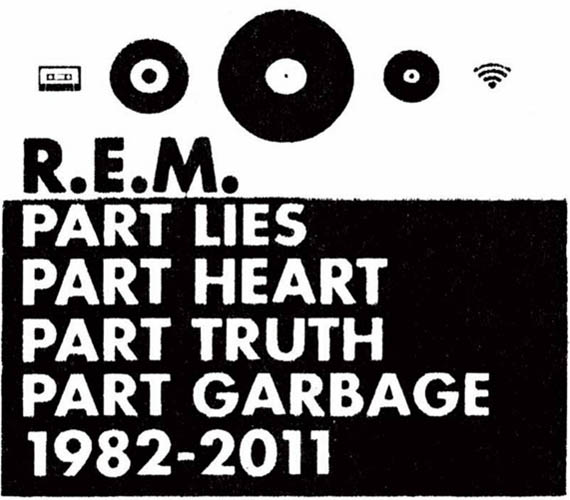 Finding out that R.E.M. had broken up, was a little like hearing a beloved old friend had died-one you hadn’t been in touch with for a long time. It took a while, as you picked over your wonderful, funny and poignant times together. And then the tears came. You certainly remembered the ’80s, when Bonzo was visiting Bitburg, yuppies were telling us ‘you can have it all’ and every recording act on earth seemed to be using keytars and, seemingly, the same freaking drum machine. And how the boys from Athens stood wonderfully apart from this nonsense. Taking their cues from punk, pop and folk, they brought the values of songcraft, constant touring and the sweat of actual playing, to their mysterious, hooky-as-hell songs. Maybe, more importantly, from the start, their tunes seemed timeless. Along with The Replacements and precious few others, they took their cues from 60s and 70s rock bands, The Velvet Underground, The Byrds, The Monkees. Obviously, they knew what they were doing. When you listen to Michael, Peter, Mike and Bill now, what impresses are the riffs and the strange lyrics, the hooks, the heart. You don’t think, ‘Geez, didn’t that drum fill come from a Thompson Twins record?’

Beautifully-balanced and well-paced, “Part Lies, Part Heart, Part Truth, Part Garbage,” R.E.M.’s new ‘Best Of’ (the first to combine their IRS and Warner Bros. years), this collection is much more than a contractual closer. It gives you hits, sure (bubblegum gems like “Stand,” hand-on-heart standards like “Everybody Hurts”), but it’s also not afraid to remind you of the band’s avant leanings (“Country Feedback” wasn’t a smash, but it’s freaky genius), while charting the group’s progress from fresh-faced newbies (they made the descending chords of “Gardening At Night” sound new again) to guys who smartly played with electronica, hard rock and weird, ambient sounds.

It’s hard to decide what is more impressive about this Athens, Georgia-spawned band: the high-consistency of smart, melodic songwriting, or the way R.E.M. moved their oeuvre from b&w indie charmers, to widescreen blockbusters, without losing a shred of credibility. Whether Michael Stipe mumbled about the (admittedly intriguing) idea of gardening at night, sang boldly about the best place to “Stand” in your life, or cooed resonantly about Andy Kaufman (and how his aggressively absurdist activities were more symbolic than you previously thought), this band never felt like they were reaching for a trendy subject, a hot drum sound or the Producer of the Moment. They made their little movies, then produced their epics, without losing sight of story, character development or soul. Which is not to say they were infallible. There are some remarkably uninspired songs along the way and they are included here. For my money, you can keep the country clunker (“Don’t Go Back To) Rockville.” “So. Central Rain,” also here, has a predictable melody in the verse and a chorus that seems grafted from another song entirely. And the political “Bad Day” seems like it took as long to write as it does to watch a CNN news story. And it sports about as much depth. But, even Greatest Hits can contain songs you never liked very much the first time around.

What might be surprising for you (it was to me) when you listen to Part Lies, is how good much of the oft-maligned, later R.E.M. has turned out to be. Disc Two of the compilation yields lovely surprises like “Imitation Of Life” (which has one of those sweeping, indelible choruses the band is known for), the sultry “New Test Leper,” and “At My Most Beautiful,” as lovely an homage to Pet Sounds-era Beach Boys as you’ve ever heard, all ascending piano chords, bass harmonica and heavenly la-la’s. And this was from the period where drummer Bill Berry made his departure and naysayers said he took the signature R.E.M. snap with him. Expect “Leaving New York” and “Supernatural Superserious,” to age well, too. Sure there were wildly-uneven albums like “Monster,” and “Around The Sun.” Each represented by exactly one cut apiece, which is fitting. But as the record is near closing, there’s also “We All Go Back To Where We Belong,” one of the disc’s ‘new’ songs. With a melody as sweet as the first day of spring and a bit of horn counterpoint that owes a debt to prime Burt Bacharach, it leaves us longtime fans with a painfully paradoxically feeling. On one hand, it shows R.E.M. is not even close to being out of gas; they’re clearly still quite vital creatively. That’s the good news. The bad? This is the end of a World Class, Generation-defining band, as we know them. And how do we feel? Well, I’d say, bittersweet. At best. 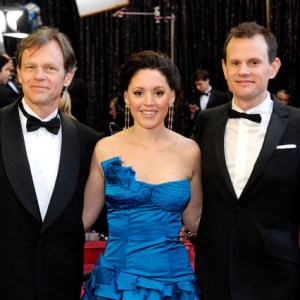 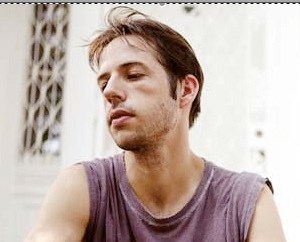