If you’re even slightly aware of the world around you these days, there’s a universal truth that can’t be ignored: things have changed. Drastically. From the way we interact with baristas at our local coffee shop to how we treat our closest loved ones, the digital age has pushed us forward into uncharted territory in terms of the interpersonal relationships that make life worth living. It’s this complicated truth that Chvrches tries to untangle on Love Is Dead, the latest album from the Scottish synth-pop trio.

Simultaneously a concept album and a page ripped from singer Lauren Mayberry’s personal diary, the album navigates the “death” of true connection and how we can move forward in the aftermath of it. With such a stark title, the band knew the album’s true message may not come through on face value alone, but they were cool with that. “It makes sense in the modern times we’re living in with the way people demand attention,” says multi-instrumentalist Iain Cook. “Ninety percent of articles come with some sort of clickbait image on them. You’re gonna piss some people off, and that’s okay because you provoked a reaction out of them.”

Mayberry agrees, but is hopeful fans will look past the boldness of the title and dig into the album’s multi-faceted look at love and what it’s turning into. “It’s quite jarring, but I like that it can be read in so many different ways. On the face of it, it could mean straight up romantic love, but that’s not what it means to me necessarily. I like that it’s more of a conversation starter. Sometimes we talk about it like there’s a question mark on the end. It’s a prompt to go forward and listen to the album with those ideas in mind.”

Unlike most artists who begin writing concept albums with the concept itself, Chvrches started with the music and came up with the lyrical content much later, as they settled into the sounds of the songs and decided how the tracks made them feel. The band started working on the album in January 2017 at a studio in Brooklyn’s Bushwick neighborhood — a room “not much bigger than a shoebox,” says multi-instrumentalist Martin Doherty — and wrote about 40 tracks, eventually paring the list down to the 13 brilliant, hook-filled tracks that make up the final album.

In Mayberry’s mind, the theme of the record is right on time. “I turned 30 just as we were finishing the record and I was 24-ish when we started the band, and I feel like the way you look at the world and at people changes a lot in that time,” says Mayberry. “I still see myself as a quite hopeful person, but I’m not as much of an optimist or idealist as I used to be and I think there’s a lot of that on the record — of kind of figuring out that the world that you live in and the people in it aren’t as ideal as you thought they were.”

Despite the inherent darkness to it all, confronting those ideas doesn’t necessarily mean the outcomes are all negative. “I think it’s a particularly hopeful record,” says Cook. “It’s like, ‘Love is dead, but is it?’ Over the course of the record Lauren grapples with that and tries to go through her own cathartic process of understanding where we’re at right now, where she’s at, where the world is at, and you can take little slices of that for yourself.”

And Mayberry does, indeed; each track on the album offers a different perspective from the eye of the same storm. “Never Say Die” calls out someone whose promises to change always fall short, while “Wonderland” addresses the narrator’s personal failures and takes accountability. Lead single “Get Out” questions whether we’ll ever be able to move past our current state of affairs, acknowledging the fact that it will take real action to force change (“Good intentions never good enough”.) Album highlight “My Enemy” features guest vocals from The National’s Matt Berninger, whose naturally morose timbre falls right into place on a song about a relationship too fractured to repair.

Things come to a head on “Deliverance,” a biting look at righteousness and the band’s collective favorite track, which set the stage for the concept of the album during the writing process. “That song is responsible for a lot of the imagery on the record, so without that one, I don’t know if we would have gotten there,” says Mayberry.

Despite its intelligent dissection of the issue at hand, Love Is Dead leaves listeners with a lot to unpack and, ultimately, more questions than answers. What advice would the band have for fans who, like the band themselves, are struggling with finding their place in an increasingly detached society? “It’s okay to not have things figured out,” says Mayberry. “It’s okay to be confused and frustrated and really fucking sad and pissed off and not know how to fix things. The figuring it out and the trying to get there is part of the battle.” 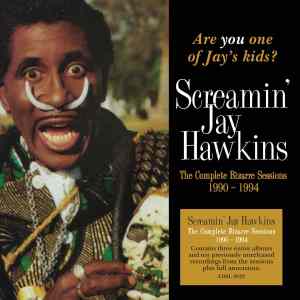 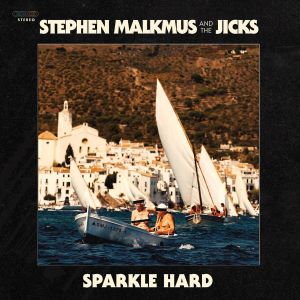