With Coastin’, the seventh album from reggae/alternative rock band Iration (due out on July 10 on Three Prong Records), it could’ve been easy for the band to, well, coast along on their reputation – after all, since their formation in 2004, they’ve become beloved for their upbeat musical blend. But, frontman Micah Pueschel says, the band members definitely aren’t relying on some “tried and true” formula for this latest batch of songs.

This time around, Pueschel says, they’ve even significantly changed their songwriting approach, making it much more collaborative than it’s tended to be in the past. “This album, we really wanted to involve everybody in every step of the process, including the lyric writing,” he says, calling from his Santa Barbara, California home. “It felt like the entire project was more of a group effort, and I think overall the songs were better because of it. [It was] just a better vibe.”

When Iration first formed in Santa Barbara, where the members were going to college, Pueschel admits that they were more narrowly focused. “We really wanted to sound like a reggae band when we first started. That was our taste, that’s what we were into. And,” he adds with a laugh, “that’s all we knew how to play, to be honest!

“But as we toured and got older, we delved further into other genres,” Pueschel continues. “Now, I don’t want to just write reggae songs. We always have said, ‘Let’s serve the song as best we can.’ We don’t really care what genre it is. That’s the mantra of the band.” In that spirit, Iration has come to incorporate elements of alternative rock and dub, among other elements.

Pueschel is pleased with the result. “On the last few records, we’ve really found what our sound is, and located where we are in the grand scheme of music overall,” he says. “We try to be something that’s not easily figured out at first.”

Regardless of the musical style they’re playing, though, there has always been one constant throughout all of Iration’s music: their uplifting vibe. This is, Pueschel says, a deliberate move. “It’s the kind of energy that we want to put out into the world,” he says, citing bands like The Beatles and Bob Marley as particular inspirations, because they put forth “the message of positivity, love and togetherness. I think those are universal messages. If you’re putting that message out to the world, I don’t think you’re doing wrong.”

That’s not to say all of Iration’s songs are happy, though. “We do have songs that are sad, about breakups and death and politics – things that don’t necessarily feel good,” Pueschel says, “but we always try to put an optimistic spin on it, have some sort of a positive ending on it. That’s who we are.”

One big reason for the band’s positive attitude likely comes from the fact that its members have been longtime friends – they knew each other growing up in their native Hawaii even before they decamped to the mainland. Of this basis in friendship, Pueschel says, “I think maybe that ends up being a better way to make a band, anyway, because bands really survive based on the relationship of the members, more than they rely on the musicianship of the members. We see so many bands that have great musicians, [but] their personalities don’t mesh, and it ends up fizzling out.”

Fortunately, Pueschel says, Iration members’ friendship – and high work ethic – has helped them power through some difficult early days as a band – such their grueling early tours, packed in a van, where they’d often play to only 20 people a night. “If we had known how much work there actually was from those first few shows to where we actually got to the point where we were able to pay our rent and live comfortably, I don’t know if any of us would have done it again!” Pueschel says with a laugh, though he quickly adds, “But you get on the other side of it, and I wouldn’t trade it now. It’s an amazing experience. We’re lucky to do what we do.”

Iration was able to overcome those initial struggles thanks to earning a reputation as one of the most skilled and engaging bands on the touring circuit. It is still something that they take just as seriously today. “I think what sets us apart is, we really like to reproduce the [album versions of] songs as truly as we can, just because we’re proud of our songs,” Pueschel says. “Our shows are not as much of a jam as much as some people think it is. People are like, ‘Wow, you sound like the albums when we see you live.’ We take it as a compliment – it means, ‘You guys sound as good live as you do on a recording.’ That’s what we’re going for, to be honest.”

Peuschel says Iration’s members decided to approach their performances this way because of their own experiences as audience members. “There are so many artists that take their best songs and they go in this other tangent with it, and it just leaves you feeling like, ‘I wish they would have just played it the way that I love that song,’” he says. “It just feels to me that when artists do that, it’s them doing it for themselves, as opposed to doing it for the audience.”

Iration’s approach is certainly working: since the band’s 2007 debut album, No Time for Rest, they’ve established themselves as one of the most popular reggae-rock bands in the world. Their second album, Time Bomb, went to #2 on the Billboard U.S. Reggae chart – and all four albums they’ve released since then have hit either #1 or #2 on that same chart. Now, with Coastin’, it’s likely they will continue that successful streak.

Pueschel believes that Iration’s material connects so strongly with fans because they “respond to the meaning behind the song, and the feel of the song.” And, he says, the affection is reciprocal. “Every person that tells us it’s helped them get through anxiety, depression, sickness or whatever it is that they’ve gone through that was tough and our music somehow helps, that’s ultimately the most rewarding thing for us,” he says. “That’s what makes us realize that we’re doing the right thing.” 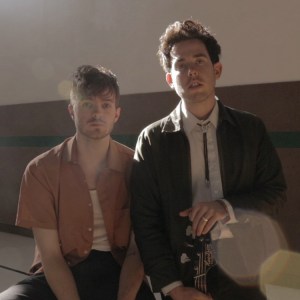 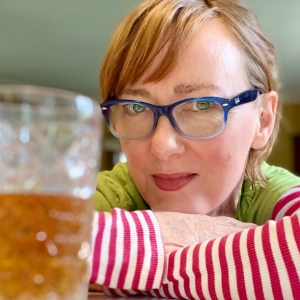