“We’re twin brothers,” Patrick Liney said about him and his brother, Cosmo. “We’ve always shared interests, just from the nature of doing basically everything together.”

Now known globally as the electro-indie-pop duo, Cosmo’s Midnight, Patrick and Cosmo Liney’s musical collaboration grew effortlessly out of the camaraderie that comes along with being twins. In the late 2010s—starting with a series of singles and coming to a head with their 2018 full-length debut, What Comes Next—the brothers forged an original sound, with a flair for lively synth arrangements and evocative themes. In 2020, they put out their sophomore record, Yesteryear, which explored the concept of memory through dreamy beats and glossy pop bops.

On June 25, the Liney brothers unveiled a new remix package for Yesteryear, featuring reinterpretations of the tunes from the likes of Omar S, Hot 8 Brass Band, Skeleten, Gerry Read, Emma-Jean Thackray, ROMderful, HONNE and more. Reimagining and reworking them in all sorts of ways, the remixes serve to reinforce the notion that the songs Cosmo’s Midnight makes are not only catchy and wildly entertaining, but resonant, with layers of depth and creative potential.

For the brothers, having this remix album is a kind of full-circle moment—their first “big break” was thanks to a remix. See, after being introduced to Ableton in their teen years by their older brother, Patrick and Cosmo took off developing their own musical vocabularies with the DAW. Eventually, this led to them entering a remix contest for the Australian DJ,  Flume.

“We won that remix competition and that’s how our current management found us,” Patrick explained. “There was this big publication at the time that posted about us, which our management saw—the rest is history. We got signed when we were, like, 19 years old, which was before we felt like we had even become artists. I don’t think it was until 2018 when we put out our debut album that we really made a statement like, ‘This is who we are.’ Then, our next album, Yesteryear, was another step forward.”

It’s true—continuously growing, Cosmo’s Midnight’s catalogue is reflective of musical and philosophical exploration both brothers engage in. Establishing their knack for bubbling, melodic arrangements and pulsing, irresistibly-dancey beats early on, Yesteryear saw the brothers contemplate the concepts of nostalgia and cultural memory through a fascinating and luminous lens.

“We’ve been very focused on nostalgia these days,” Patrick said. “I think it’s really interesting how you can have nostalgia for something you never experienced, especially with the ‘60s, ‘70s and ‘80s. We draw a lot of inspiration from ‘70s music in particular, with disco, funk and psychedelic. I feel very nostalgic for that era, but I think that could even be because we’re nostalgic for when we were little and our parents would play that stuff for us.”

On Yesteryear, a lot of that nostalgia comes through on the lyrics and the tracks, clad with glistening melodies and infectious grooves. At the same time, the Liney brothers are aware of the powerful quality of escapism their hauntological exploration can provide.

“Maybe it’s just because of the extreme nature of a lot of what we absorb today,” Cosmo speculated. “People are looking for something that they can forge roots into, in order to gain a sense of place. Maybe going back in time kinda helps with that now.”

For his part, Patrick thinks it might be more subconscious than that. “I think people just enjoy listening to stuff that feels like it has history,” he said. “And all music does, obviously. Everyone writes music based on what they’ve listened to. Otherwise, I don’t know… I think there’s only one band that tried to write music in a complete vacuum and that was The Shaggs—that’s what happens when you’re in a vacuum. So, virtually everything is informed and inspired by something. You can’t really fight that.”

Chiming back in, Cosmo added: “Yeah, with the nostalgia aspect, I suppose people just want to look back on a Halcyon or some important time in their lives—music helps bring them there.”

To that end, the remixed tracks from Yesteryear take this “nostalgia aspect” and kick it up a notch. With an extra layer of creative reinterpretation, the big gumbo of ‘60s, ‘70s, ‘80s sounds mixed with the remixed electro-indie-pop palette makes for a delightful aural display of the best pop music has to offer, comprehensively. “This is the first remix album we’ve ever had, which is really exciting,” Patrick said. “Hearing someone reinterpret your song is really incredible, and we really wanted to reflect the diversity of all the different styles that influenced the album. So, there’s some classic techno, some Detroit stuff, some breakbeat and even the brass band.”

From the lush brass arrangement of Hot 8 Brass Band’s version of “Idaho” to the glittery, syncopated bop of ROMderful’s “The Get Down,” the tunes for this remix project really are vibrant and bustling with life. Now, the brothers reflect that they feel like stronger writers than ever and are just itching to get back to working on the next thing.

“In just the past year and a half, we’ve really improved as writers,” Cosmo said. “We had an immense amount of downtime, so we were able to keep pushing forward musically, which has been the little silver lining to this while pandemic. We’ve gotten better at music. So, we’re just looking forward to figuring out what we want to do next, you know? What we want to take forward, what we want to leave behind, what we’re proud of, what we could’ve done better. We’re just extremely keen to get back to it.”

Remixes for Cosmo’s Midnight’s 2020 album Yesteryear are out now–explore the remixes below: 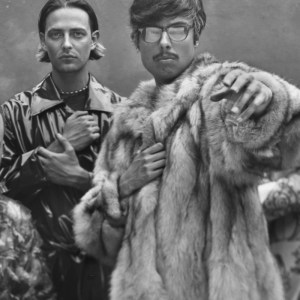 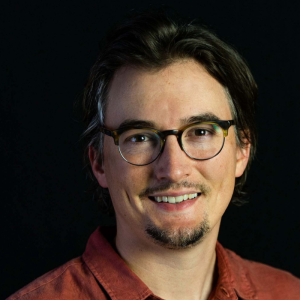