My debut album Starlit Afternoon is a journey through the rollercoaster ride of emotions and experiences over the last three years of my life. I was undergoing a whirlwind of change during that time; I left home in Toronto, Canada and moved to Miami.

I was a struggling musician trying to support my art through menial jobs. Late nights bartending had me feeling trapped and I was looking for another source of income to pay for my music career.

I was presented with an opportunity to sign with Wilhelmina models in Miami, and obviously I wasn’t trying to become a male model, but I hoped it would allow me the opportunity to make money without having to bartend. This opened the door for me to fund my move to Los Angeles where the album process began. In LA, another unexpected opportunity came along for me to tour the world as Alessia Cara’s guitarist and supporting act.

During this whirlwind journey, I fell in and out of love multiple times, and spent two of those years living out of the solar powered sprinter van that I built myself using my entire label advance (after researching for months through YouTube tutorials). I parked my van outside of the studio while I Airbnb’d my apartment and worked on my album every day for a year.

1 – Starlit Afternoon. The title and opening track of the album is written about the time of day when the sun’s about to set and the moon, sun and stars are in the sky at the same time. Playing the 7pm time slot at Coachella on guitar for Alessia is what inspired me to encapsulate the feeling of falling for someone new at a music festival, listening to your favorite band underneath a Starlit Afternoon.

2 – Rolling River. When Cat Lewis and I got together for our first ever songwriting session, we had Rolling River within the hour. He played me the intro piano riff which blew me away, then told me about an ex of his who had emotional baggage that he knew he couldn’t cure. It’s a song about not being able to solve someone’s issues, but vowing to be there as their steady constant. He left my apartment that night at 3am with 90% of what made up the final version on the record.

3 – Warning is one of the first songs that I wrote for the album that excited me about the sonic direction I wanted to head in. It was inspired by being away from someone I loved for months at a time, with temptation looming around every corner. It was inspired by knowing something is bad for you, but being pulled to go for it anyways. It was the first time Gray Hawken and I ever collaborated on production, and he ended up co producing most of the album with Cat and I.

4 – Break Every Rule is about the feeling when you’re first falling in love with someone, and you break all your habits and routines for them. You find yourself staying up all night, even when you have to be up early, then calling in sick to spend the day with them. It’s about ordering froyo after smoking a joint, and then laying in bed all afternoon when you know you have other responsibilities you’re ignoring.

5 – Golden Child. There are certain people you come across where there’s an inexplicable sexual chemistry, and it takes over your body like a drug. Golden Child is written about when you have that overwhelming urge to make a baby with someone, because you know that together you’d make a Golden Child.

6 – History. I wrote History with Brian West, who’s a phenomenal writer, the day after I ran into my ex at a fake, trendy LA party whom I hadn’t seen since we broke up a year before. Surrounded by a room full of strangers, we locked eyes across the room and I became overwhelmed by the history we held between us. No one else at that party could ever understand what we were going through then.

7 – Stop At Nothing was written with my good friend and fellow artist Royal Wood after I fell for someone who immediately before me had been betrayed in her relationship. She’d been cheated on, lied to and manipulated emotionally. I knew that I had to go the extra mile to prove to her that I loved her for her to let her guard down and be open enough to love again.

8 – Burn It Down came around at a time during the album making process when Cat Lewis and I wanted to write a song with some tempo. It’s a feel good song about getting high on life, traveling, meeting new people, and not feeling the restraints that society can often put on us.

9 – Save Your Words was written about the same person who I wrote Break Every Rule about. When I first moved to LA, we were hanging every day and I knew I was in love with her, but I didn’t know if she was in love with me. It’s about the early stages of a relationship when you know you’re in love, and you’re hoping they love you back. You hope that the love is mutual, but you don’t want to put yourself out there and preemptively say it, so you save your words.

10 – Love We’re Going To Lose. I met Jonas Myrin when I started writing songs for my album. I went to his incredible house in Beachwood Canyon and he shared a story of two close friends of his that had been in love forever, but were slowly drifting apart. We wrote it as a question asking yourself, Is This A Love We’re Going To Lose?

11 – I Can’t Get Enough Of You is one of my favorite songs from the record that we recorded live off the floor to capture that raw, stripped back feel. It’s over 5 minutes long, in the form of 12 bar blues, and inspired by falling too deep for someone when they’re not reciprocating the feeling.

12 – Good Love. The last song on the album I wrote over the course of 5 years, mixing and matching lyrics and sections as I fell in and out of love. I wanted to write it in that classic Dylan-esque form where the end of each verse phrase feels like the end of a chorus, asking why is good love so damn hard to find. 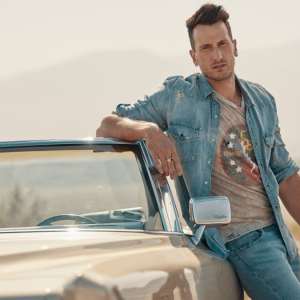 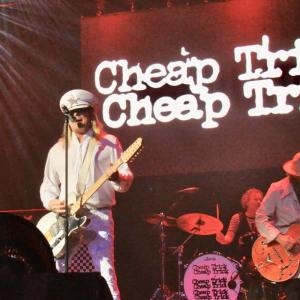