Do you feel like you’ve hit a creative stride with Casey Brown and Parker Welling?

I do. We started writing together in 2014. “Yours” was the second song that we ever wrote together. Our friendship and how we already knew each other – and were comfortable around each other – was a head start. We have hit a stride. We tried to keep that momentum going. Once “Yours” and “Blue Tacoma,” my first two songs, started taking off, I was gone a lot. We had to change it up to keep that going. I would bring them out on the road, instead of writing in town.

Have you gotten to the point where you are pretty honest if something isn’t working in a songwriting session?

At first, I wasn’t. I didn’t feel like I had the clout or respect to just go in and say it. Looking back now, I think it’s an incorrect view. I will say that. I didn’t have that confidence to negate anybody else’s creativity. But now, I realize I am the artist, and they’re here to help me express my voice. I have to be confident in what I want to say. With “Love You Like I Used To,” I remember in the write it got to a point where they were suggesting some line. They were like, “We think it should be this.” I said, “Ok, I hear you, but I do not want to sing this.” Learning to be that honest and open, it saved me time, and it saved them time. I think that’s a really vital aspect of songwriting.

You rewrote the song on the 2018 Lady Antebellum tour during the Detroit stop. When did you write the original version of this song?

In January 2018. We wrote it, and the premise was more like… every single line was how it started and now. My wife [Kailey] and I have been together 10 years now. It was something like “we’re so many years in now / we’re a million kisses in” in the original. There was no suspense of this twist. In the second version, in verse one, it sounds like a negative, almost a breakup song. Then, the chorus hits, and it’s like boom! That was the element that was missing.

Kailey was the one that called that out. She was like, “Yeah, I just think this title is way better than the song you just wrote.” I was like, “Ugh! Ok.” She was like, “Don’t let this title go.” I said, “Alright…” We all sort of felt it. We weren’t saying it was a smash, but it was just like, “Yeah…. we wrote it.” Then, getting back together, we really took a look at the vibe and what we wanted to say. We built that suspense in the second version.

The chorus stayed the same in both versions. Did you know right away the verses needed to start all over from scratch?

Yeah. I actually listened to the original version last night. “I don’t love you like I used to” can go both ways. There is no question. The first line gave it away. It was kind of like the whole first verse wrapped up into one bar. There was no story there.

In the second verse, you sing: “It’s sweeter with time like strawberry wine / It gets as good as it gets old.” How did you come to reference Deana Carter’s 1996 hit “Strawberry Wine”?

Well, there are a lot of things. With being on tour with Lady Antebellum, I would come out at the end of their show. Hillary Scott and I would come out and sing “Strawberry Wine” as a duet together every night [watch here]. That was definitely fresh on our minds. After the ACM Awards last year, I did a show with Deana, and we were in this huge freight elevator together. I had my guitar, and she had hers. We were literally just talking about how I got to sing it with Lady Antebellum. I just started playing the song in this metal elevator with all this reverb. I got to sing “Strawberry Wine” with Deana Carter. It was just like… what is happening?! I think that line was just fresh in my mind. People use the “it gets better with time” and “wine” rhyme all the time. But I thought it would be cute. That’s the point in the story we are at right now.

Both songs fully tap into the sweet nostalgia of the past, too.

Yeah, man. If you really dive into the lyrics of “Strawberry Wine,” too, it’s that nostalgic love. With this song [“Love You Like I Used To”], they’re still together.

In rewriting the song, what did you learn about songwriting?

I learned how to fight for what I want to say. Once I came to terms that we didn’t nail it the first time, I was like, “Ok, if we’re going to rewrite this, with this great title, what am I going to say?” Starting from scratch, with a song we’d already started, was a really cool thing. We took a step back. First of all, it’s a totally different vibe. We slowed it down and made it a little more of a mid-tempo. I think we were trying too hard the first time. Then, the second time, it was asking: “What does ‘Love You Like I Used To’ really mean? What does it really sound like?”

Who are some of your contemporaries that challenge you the most?

I’d say Corey Crowder. It’s not because of what he says, but how great of a writer he is. He came in with this song we recorded on my album and literally sang this chorus he came up with. I was blown away. We finished the song in about an hour and a half. I want that. I want to come into a room and just have a chorus lined up. That’s super inspiring.

I’d also say Tyler Hubbard. Talking about somebody who has no problem in saying no to a vibe and turning around and completely scrapping what we’ve written. I love writing with him. He’ll just be like, “I don’t think we’re on to anything.” We’d been working on something for like an hour, too.

Then, Jordan Reynolds. He’s crushing it right now. He’s more musically challenging to me. He’s such a great musician, as well as a writer.

You told Billboard you had only recorded a handful of songs so far for the new record. Where does “Love You Like I Used To” fit into the picture right now?

This song was one of the first ones we had. I’d say this is a pretty foundational song of the album’s direction. This talks about the maturity of love. Compared to ‘Yours,’ my first album, it’s definitely a more mature sound. With the first one, songs like “Float” and “You Look Like a Love Song” were fun, goofy songs I felt would be fun to play live. Now, still with the live show in mind, because that’s what I picture when I write songs, it definitely is more mature. I want my record to go this direction because I’ve grown as an artist. These songs aren’t as goofy or crazy. Mature is the word.

Has the album been coming together pretty organically? Hit any road blocks along the way?

It’s been super smooth. The team, we’ve all literally agreed on every single song. Since the Billboard article, we’ve cut four more songs. So, we’ve got 10 songs recorded. I could not be happier with the songs we’ve ended up with. The only thing would have been the last four songs – just picking those out of 15-20 songs. That’s a great problem to have. 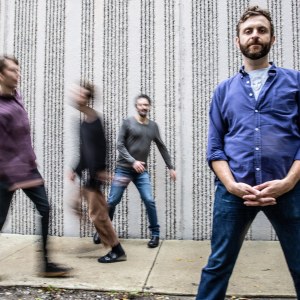 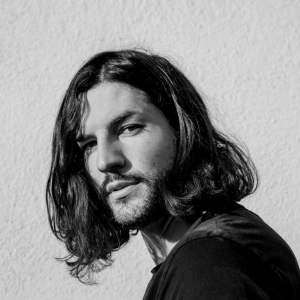