LEEPA describes her music as “interesting, raw, brutally honest, and unintentionally comforting.” That’s not more evident than it is with a new song called “i’m sorry, are you?,” a glossy indie-pop track flecked with rock guitar and a pulsing heartbeat. Would you choose to be happy, if it meant that I stay? she provokes. The way you’re lookin’ at me / Makes me wanna run away.

Her tone, however, is deceptively lilting, almost nonchalant in the way she delivers lyrics which are otherwise razor sharp. But such a reception is quite intentional. “i’m sorry, are you?” explores “a very intense friendship coming to an end due to circumstances that weren’t really anyone’s fault,” LEEPA tells American Songwriter. “We just got caught up in some really complex issues that forced us apart. This hurt so bad that we were never really able to reconcile and therefore never apologized to each other. This is my apology to come to terms with it and heal further.

“Forgiving and apologizing are both virtues. Sometimes, it can be very hard to put your ego aside and to just apologize. It is extremely important to let go of grudges you might be holding against yourself or others,” she continues. “Apologizing to whoever you hurt (including yourself) and allowing yourself to forgive yourself is extremely important to grow without resentment towards your past or past relationships.”

In writing the song, alongside collaborators Kristine Bogan and producer Dennis Neuer, it took LEEPA a very long time to get to this place of absolution. “I knew I had to wait for the right moment to write it,” she says. Last winter, she sat alone in her room with only her guitar, and suddenly the second verse struck her like a bolt of lightning.

The next day, she was simply “going about my day” when the line, and song title, came into her head. When she hit the studio three days later, she “proposed the idea and the topic to Dennis, and we got sucked in immediately. We finished the majority of the song in just a couple of hours. I went in a little later when we decided on this song to be the next single and added the c-part which now is my favorite part, even though I dreaded writing it because I was scared of not being able to come up with an adequate new part for the story and the song.”

I tried so hard to let it go, go, go, go / Tried harder not to let it show, show, show, show, she sings on the bridge, her favorite line of the song. “It just shows the conflict that was within me while coming to terms with the part I played in the friendship’s demise,” she explains, “and the guilt I’ve been carrying but trying to conceal for a very long time.”

Out of Berlin, LEEPA discovered her mother’s old guitar in the attic. She was only eight and was “immediately attached to it and took it to my room where I started just randomly strumming it,” the singer-songwriter recalls. “Back then, I couldn’t just google chords, so I’d just sing random stuff to terrible strumming and play some stuff from some old playbooks I found. When the internet started rolling around, I started googling chords and came up with my first semi-songs.

“From the moment I found that old guitar in the attic, something inside of me was pushing towards using it to express myself with it, which evolved into what it is now,” she adds.

LEEPA began releasing singles in 2018, starting with “Cold Hearted,” and has continued a steady stream of releases. Her catalog to-date contains such standouts as “Fiction,” “Pull the Trigger,” and “switch places.” 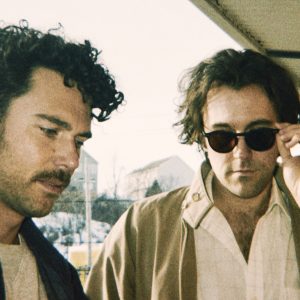 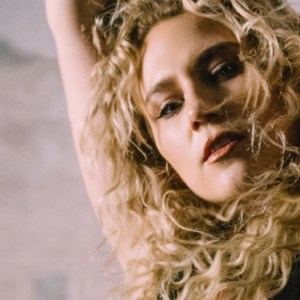