When it rains, it pours.

Or, at least that’s how life has felt this past year for Paul Wright and Tim Harrington of the Massachusetts-based indie-folk duo, Tall Heights. Not only hit by the same pandemic woes as the rest of the world, they had a flurry of life-changing moments land in rapid succession. First, Harrington’s grandfather died; then, Wright’s father had a serious health crisis; then, both men had children, which led them to move out of the house they’ve lived in together for six years. There were good times, bad times, family dramas and flashing moments of brilliance… through it all, Wright and Harrington were writing.

And now, they’re beginning to share those songs, starting with “The Mountain,” which dropped on June 15.

Written after seeing a poignant photo of the mountains that a friend’s dying grandfather spent his final days gazing at, the single reveals the depth of Wright and Harrington’s world recently. Balancing the profound sorrow and sublime beauty of life in a moving, indie-folk setting, the songs they wrote in the thick of this whirlwind have a magic, highly-communicative quality to them. The arrangements may be low-key, but they speak volumes.

Harrington hopped on the phone with American Songwriter to recount the story of the year he and Wright just experienced. The day before the call, his grandmother passed away, which he saw as only reinforcing the lessons he’s learned from the past few seasons. Candid, well-spoken and deeply passionate about his work, Harrington not only shed light onto the coming-of-age he and Wright have undergone, but revealed their earnest devotion to their craft in the process. Read the conversation below:

American Songwriter: A lot of things happened to you and Paul throughout the pandemic—what was it like?

Tim Harrington: The past year, pandemic aside, was an extremely tumultuous time, filled with life’s happenings. It sorta kicked off with the end of our tour getting canceled. Soon after, my grandfather passed away, and we were unable to get together for that because of the state of the pandemic. Sometime in there, Paul’s father had a health crisis and in my family, there was a big substance abuse crisis.

Meanwhile, we got the news that Paul’s wife and my wife were both pregnant. Paul and I were still living together at the time, we had been living there for about six years up in Beverly, Massachusetts. So, we moved out of the home we’ve known for six years, and moving is a big stress too. But of course, there’s the joy of a new kid.

We were writing songs in real time. We wrote tons of songs as life was just frickin’ happening at a pace I’d never experienced. Then, on top of it all was the pandemic. So, it was all so intense… and it continues to be intense. In fact, my grandmother just died yesterday. I think that’s where songs like “The Mountain” come from—the intensity of life. Maybe you don’t really realize what you’re trying to process in the moment, but you’re doing it.

AS: What role did music play through all of those intense ups and downs? Was it a source of solace? Did it help keep you sane?

TH: No. I mean, it was insane. For me, the takeaway is that the personal turmoil that was happening was just more than I ever could’ve imagined. Again, I’m not even talking about the pandemic (though there was also the pandemic). So, there was this interesting thing that happened: I think we realized our purpose in life during that time. We realized how special mine and Paul’s relationship is—even within all of that chaos, the only thing we felt was sensible to do was write songs in real time as we were processing things. In hindsight, I realize that’s not the normal thing to do. Like, we should’ve probably just dropped everything and gone to therapy or something, you know?

But, it just felt so natural at the time. Looking back with a bit of distance now, I’m like “Man, this relationship is really kind of a weird one, isn’t it?” I don’t know if we thought that it felt like the logical thing to do, but it’s actually kinda strange that we did it. I think this whole process—this whole period of time, inclusive of writing and recording—has really made me realize what a special bond Paul and I have.

AS: Considering that, what’s it like to listen back to these songs now? Do you feel like they reveal something that maybe you didn’t even notice when writing it?

TH: All of these new songs—including “The Mountain”—are just so raw, unlike anything we’ve ever written. Typically, the moment of creation from a songwriting perspective is pretty removed from the actual life experience it stemmed from. But in this era, the life-stimulus-to-creative-output was almost instantaneous. It would be, like, the trauma today would be a fully-recorded song tomorrow. We were just cruising at a speed and pace that we’ve never had before.

So, yes, in some ways it is difficult to listen to the songs… some of them. But with some, it’s so beautiful, you know? Like, “The Mountain” was inspired by a photograph we received from a friend in a text message. Our friend was telling us like, “Hey, my grandfather died—here’s a photo. He died peacefully, he was looking at the mountains.” We saw that photo and it just said so much to us. So, I listen back to that song and I can hear ourselves processing everything that was going on, not just with that photo, but with the connectedness of life and the longing to be together that we were all lacking. So, yeah, it’s hard to listen to in some ways because there’s pain in it. But in other ways, it’s really, really healing too.

AS: Once you had the idea for the song brewing, how did you approach arranging it? The end product is so beautiful and the instrumentation really serves the reverence and poignancy of the song—how did you find that balance?

TH: “The Mountain” started out as just vocal and piano. The original idea came from Paul and it sorta sounded a bit like a country ballad at the time. I said to him, “What if Tall Heights did a cover of this song—what would it sound like?” That’s where the arranging started. From a songwriting perspective, I think we really wanted to capture something that is agnostic, but in a sort of spiritual way. Like, something that acknowledges the spirit within a person without it being a religious thing. Like, the soul of a person, the promises they make to loved ones, the way that person lives on—not because of some eternal salvation in a way religious people talk about, but personally. They live on through all of us, through our shared experiences and memories. We sorta assign these human, ephemeral qualities to the eternal world we live in. My mother, for example, looks at a cardinal and thinks of her parents, you know? That’s just us being human beings. It’s giving value and a lasting, enduring presence to somebody who’s gone by placing their soul inside something here on Earth we can look at. That’s what “The Mountain” is about—it’s like, “Hey, I love you and I’m always going to keep you alive. When I look at this mountain, I’ll always remember you.”

AS: It’s beautiful how even the song itself is an extension of that—the memory of your friend’s grandfather lives on through it, reaching thousands of people who never even knew him.

TH: Yeah, and for the record, we never met our friend’s grandfather either. I think that’s the point, you know? Even though it’s a song about death, it’s a song about love. I think that’s a really important piece of it—in the final verse, it’s talking about how we don’t need to have an eternal life, we just need a moment here, in the beauty of the world with a loved one. That’s how we feel—we’re not living our lives with some idea that we might last forever in any way other than the way a moment can endure and exist in memory.

AS: Considering both your personal turmoil over the past year and the global misfortune, how does it feel to be sharing this song now?

TH: Well, what’s the word… it’s so consistent with the whole process that my grandmother passed away this week. Life just keeps on happening, you know? There’s beauty to it—we’re in the young summer, we just had the longest day of the year, masks are off, people are out, music is back again, But at the same time, there’s death. Everything continues. I just feel comforted and warmed by the fact that we can share this song. We’re still just a couple of wide-eyed kids, kinda figuring things out as we go. So, that’s scary, but it’s also exciting. But, the firestorm of life will just continue to rage on. That’s kind of where I’m at right now—I’m so excited to have this song to share with everybody and to tell this story of how it all happened. Then, we get to keep waking up every day realizing that there is no control and today is another day to create.

Tall Height’s new single “The Mountain” is out now—watch the lyric video for it below: 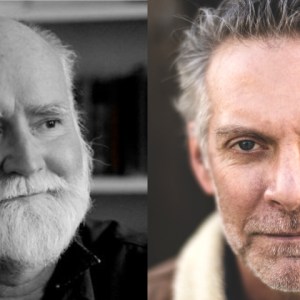 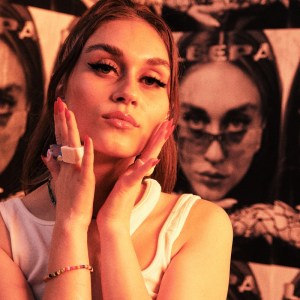