“Songs are magical to me because they intertwine speech with a musical language that comes with its own uncharted emotional landscape,” Alden Harris-McCoy tells American Songwriter. “They can broaden and strengthen our ability to feel, and at the same time, the songs themselves are only sketches to be interpreted by the performer. I think there’s something beautiful and collaborative about an art form where you just try to make some really good bones that other folks can bring to life.”

For Harris-McCoy—who writes and sings for the Brooklyn-based band, The RTs—the spontaneity of creating music that can communicate the world for others is one of the greatest joys in life. That’s what was inspiring him when they worked up The RTs’ newest single, “Need You Right Now.”

“I wrote this one while I was subletting a studio space in a little garage in Ditmas Park,” Harris-McCoy explained. “I think I’d been listening to a lot of Jonathan Richman at the time, mostly I, Jonathan, and I was smitten by how he seemed to make up all these songs on the spot that were so fresh and funny but also deep. I wrote ‘Need You Right Now’ in about five minutes just trying to get something out in that way.”

With a bustling, drum-clad engine, warm harmonies, and melodic interjections from a variety of electric organ tones, the song is a colorful expression of the band’s chemistry. And between its psych-y vibes and Americana-y vocal lines, it sounds almost like Animal Collective if they grew up on a strict diet of the Grateful Dead’s more rootsy work. For their part, Harris-McCoy cited some punk legends as a big influence.

“I think, initially, I was trying to have fun with Ramones-style punk rock lyrics,” he said. “Like, I have a little Ramones collection I downloaded in college that’s made up of all songs that start with ‘I Wanna’ or ‘I Don’t Wanna.’ There’s something refreshing and direct about that simplicity.”

“Need You Right Now” certainly embodies that straightforward ethos—in fact, the repetition and easy-to-digest arrangement renders the song so simple that it comes across almost like an energetic meditation on a feeling. Expanding on his philosophy, Harris-McCoy explained that he thinks accessing that raw headspace is the best path towards uncovering creative brilliance.

“I once listened to a Linda Perry interview where she said that no good song was ever written in more than 15 minutes,” he said. “That has really stuck with me. I think writing songs this way keeps your inner editor and critic from coming to the table before you finish because you simply don’t have the time for it. Perfectionism isn’t possible when you don’t have unlimited time.”

The RTs new single “Need You Right Now” is out now—watch the music video for it below: 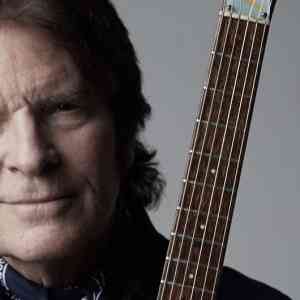 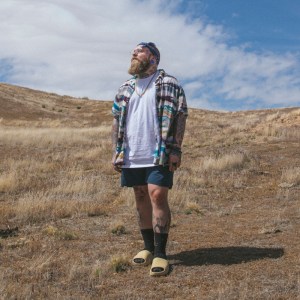