It’s hard enough to make it big in the music business, but Darius Rucker has done so twice. After starting in the ’90s as the singer/rhythm guitarist for iconic rock band Hootie & the Blowfish, he’s now a successful solo country artist. His latest single, “Beers and Sunshine,” is in the Top 20 and climbing. Many artists have tried — and failed — to achieve this type of crossover success, but Rucker believes his genuine love for country music helped him succeed.

“I think a lot of guys come from rock or pop and (interviewers) ask who their favorite country singer is,” Rucker says from his Nashville home. He tells them he admires Radney Foster. “And I remember every time I said that to somebody, they were shocked. ‘How do you know who Radney Foster is?’ So I think people realized how much I really do love the music.”

Rucker can even remember the precise moment that he first heard Foster’s work. It was in 1987, and Foster had just put out a self-titled debut album with his band, Foster & Lloyd. At the time, Rucker had a day job as a record store clerk, but late nights playing with Hootie & the Blowfish on the club circuit often made him late for work. “To the point to where my manager put ‘-ish’ on the schedule,” Rucker says with a laugh. “Everyone else had 10 o’clock on their schedule. Mine said 10 o’clock-ish.”

“I’ll never forget this,” Rucker continues. One day, he was scheduled to work at 1 p.m., but late that morning, he says, “I was flipping through the (TV) channels, and I stopped on CMT. Foster & Lloyd came on with ‘Crazy Over You.’ I was going, ‘Who the fuck is this?’ I got up and ran to work. It’s 12, and when I walk in, you could see shocked faces because I was an hour early for work.”

He bought the Foster & Lloyd album on the spot. “I put it on, and it changed my life. I mean, it truly changed my life,” Rucker says. From then on, he says, he dreamed of making his own country album.

Rucker’s admiration for Foster continues to this day. “I’d say the two biggest influences on me (with) singing was Al Green and Radney Foster. Every time I open my mouth (to sing), I’m trying to be those two guys,” he says.

As for Al Green, Rucker says he was a much earlier influence. “My mom would put on Al Green records,” he says. “Al Green was everything to me. I always tell people the reason I’m sitting here is because Al Green exists. All I wanted to do was sing Al Green. I wanted to be Al Green. I’ll never forget this, when I turned 13, my voice started to change. One day I woke up and I couldn’t hit the high notes anymore, and I really cried. I couldn’t believe I couldn’t sing Al Green anymore. It was a very sad day.” Even so, he says, “Al Green was the catalyst of my career.”

In truth, though, Rucker’s earliest musical interests when he was growing up in Charleston, South Carolina, were remarkably diverse. “I was always interested in everything. Everything,” he says. “You’ve got to realize, I’m a little black kid that lives in a black neighborhood, and I’m listening to Kiss and Kenny Rogers.” He recalls taking a lot of ribbing from his cousins because of this, but his mother defended him. “Anytime she would hear anybody say anything to me, she let them know that I could listen to any fucking thing I wanted to listen to, so they’d better leave me alone.”

Rucker continued to follow his own musical interests, despite the naysayers, and formed Hootie & the Blowfish with fellow classmates at the University of South Carolina in 1986. By the early ’90s, the band had established a large following on the Southeastern club circuit, despite being out of step with the grunge-dominated popular music of the time. Rucker recalls how the uplifting music of Hootie was repeatedly dismissed by critics, even though the band was routinely selling out venues in the region.

“Even the local press back then was telling us how soft we were, but we didn’t care,” Rucker says. The band’s feel-good sound was “who we were — we were just those kind of guys. We didn’t care that being sad was big, and grunge was taking over the world. We weren’t the cool band. But we didn’t want to change. We just kept doing what we did.”

Even after Hootie & the Blowfish landed a deal with Atlantic Records, they still faced an uphill battle. Rucker recalls hearing how a high-ranking executive at their label tried to undermine them just before they released their debut album in 1994. “He went into (then-Atlantic Records President) Danny Goldberg’s office when we turned in Cracked Rear View, and he told Danny that if he put that record out, Atlantic Records was going to be the laughingstock of the world. True story.” Rucker adds wryly, “It’s funny, though. I heard stories of that guy saying that he signed us now.”

Cracked Rear View went on to become one of the best-selling albums of all time, hitting the charts in several countries. Hootie & the Blowfish won two Grammy Awards in 1996 for Best New Artist as well as Best Pop Performance by a Duo or Group with Vocals for the single “Let Her Cry.” They’ve gone on to put out six successful studio albums. The latest, Imperfect Circle, was released in 2019.

Given that massive success in the rock realm, it was something of a surprise when Rucker began a country music solo career. But his sincere love for the genre and a willingness to pound the pavement to drum up support for his 2008 debut country album, Learn to Live, eventually won people over.

“I did a radio tour at the beginning (of my country music career), and that surprised everybody because I’d had such a big career with Hootie,” Rucker says. “I went to 110 radio stations. That was huge, for me to walk in and talk to them and let them know, ‘I understand if you don’t want to play my record, but I just want to play it for you.’”

Rucker ended up with three No. 1 singles off Learn to Live: “Don’t Think I Don’t Think About It,” “It Won’t Be Like This for Long” and “Alright.” He has released five more successful solo country albums, achieving nine No. 1 singles so far. A forthcoming sixth solo album is in the works, though he says he can’t disclose much about it quite yet. He’ll say only, “I think the title is going to be Carolyn’s Boy. I’ll give you that.” That album is set to be released in early 2021.

Now firmly settled in Nashville, Rucker credits his time there with helping him grow as a songwriter. “I was that guy who thought you always had to be inspired to write, so I wasn’t a prolific writer,” he says. “I didn’t sit down and make myself write songs. When you get to Nashville, you realize that songwriting is not just an art here, it’s a business. That’s what people do. And you get to write with these guys that have got 15 No. 1 hits. You realize the reason they have these hits is because they have these melodies and come up these lines that are so cool.

As for how he actually approaches songwriting, Rucker says, “I write songs now the same way I’ve always written songs — I write songs for me, then I hope everybody else likes it.”

He says he knows he’s on the right track with a song “when I get the hook. When I get the chorus or the big payoff is when I really get interested in writing the song. It’s very rare that I want to write a verse first.”

Rucker says it isn’t difficult to switch back and forth between writing for rock or country. “You just go write and have a good time,” he says. “For me, it’s really just music. We all put our own labels on it, and I understand that and live with it. But it’s really the same notes and the same words, just played a little differently.”

Because of his successful track record with Hootie & the Blowfish and his solo career, Rucker knows that people have high expectations for his work, but this apparently doesn’t affect him. “I never even thought about that,” he says. “I mean, my standards are high. I’m not going to put out a song that I don’t love or want to sing for the rest of my life.”

By now, there are several songs Rucker has written that he really will have to play in concerts for the rest of his life. This doesn’t bother him either, though. “I guess I’m a different cat because I know guys who hate playing their hits. But man, when I strum the G (chord) and I sing, ‘She sits alone by a lamp post’ (from “Let Her Cry”) and I hear that crowd, that reaction, the fact that they are so happy to hear that song — the next three and a half minutes is for them, and I love to do it,” he says.

It seems likely that Rucker will create many more beloved songs as he continues both his rock career with Hootie and his solo country career, but he is pragmatic as he looks ahead.

“I just keep really trying to do what I do and write the best songs I can write. People seem to like it,” he says. “And when people don’t want to hear it anymore, I’m going to walk away gracefully.” 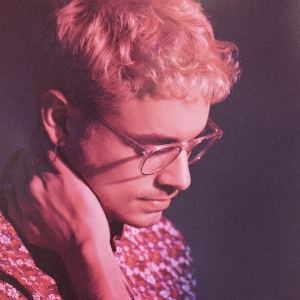 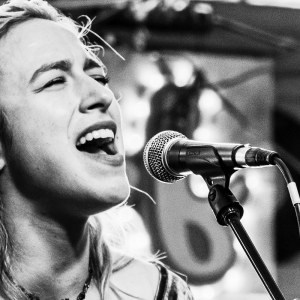