Artists often tweak their formula a bit to keep things fresh from project to project. But Horace Bray went for a more drastic makeover on his new EP Fame, Fortune and Perfume. Previously known for his guitar work, Bray largely sidelined the instrument on the five songs included, instead settling into a backdrop of lush keyboards and hypnotic rhythms.

The end result is music that mellows you out to the point that you almost don’t notice how deep the lyrics are cutting. American Songwriter had the chance to catch up with Bray to talk about the new release, why he switched up his style, and how a sojourn to Los Angeles led to the bittersweet title track.

American Songwriter: What was behind the decision to put the guitar in the background and go with a different approach for this batch of songs?

Horace Bray: I have a long history of playing the guitar with other artists and writing songs where the process primarily started with guitar and voice and then moved to the production realm after that. This time spent at the home in the past year lent itself to me really trying to switch it up. I felt like I was writing very similar songs. I figured if I just started all the songs in a different way, I would be able to get to some new places within myself. And I think that’s really what ended up happening, because with a lot of this, it either started with only the voice or with voice and drums and keys. With all of these songs except ‘Let Go,’ the guitar part was not the first part that came. So it really helped push me out of my comfort zone.

AS: Was it difficult to restrain yourself from putting the guitar in where you might have in the past?

HB: I always want to make the guitar parts a little busier than probably what the song needs or deserves. Just because I have such a history, where I primarily identified as just being a guitar player for a long time, but that kind of opened up to different things. So, yeah, my instincts are to make it a very guitar-driven song, which sometimes just doesn’t leave that much room for anything else. It’s always fun to show a little bit of that restraint.

AS: What did this new approach open up for you?

HB: It’s funny, I feel like the songs ended by being a lot less sad. My last EP Rosa, that was guitar and voice to the extreme, very, very little of anything else going on. The songs just ended up being very, very sad, which was necessary and I’m happy I wrote them. They were definitely songs that needed to be written. But it was really fun to explore the dancier side of the music that I like to write.

AS: Were you surprised how the music, which never seems to get too high or too low, tended to color the emotional content of the lyrics?

HB: I wouldn’t say that was an active thing at the beginning of the process, but it was definitely a theme. I kept on noticing it as I was getting farther through the compositional process with a lot of these songs.

AS: People think of psychedelia sometimes as being lyrically fantastical, but these songs were much more grounded in terms of what’s going on within them. Was it interesting to explore that dichotomy?

HB: For me, getting to that place felt very natural. When I was in college, I played in a lot of these trippy, modern jazz, super revered-out psychedelic bands. There’s a big part of that that still lives in me. Hearing artists like Tame Impala, they do such a great job of balancing it, but it’s still is very much in the more psychedelic side of things. It was really nice to try and implement a little bit of that. It was almost like viewing my singer/songwriter music through the lens of psychedelia.

AS: You also lean far more to the mellower side of psychedelia with these tracks, which, again, maybe goes against the grain of the freak-outs people might expect from the genre.

HB: Things that are psychedelic in general have a lot of aspects to them. It’s not always completely the overwhelming, spacey, you’re in a sea of mist type of trippiness. A lot of my associations with something being trippy or psychedelic come from a lot of introspection of life experiences and stuff.

AS: Tell me about inspiration for the title track “Fame Fortune And Perfume.”

HB: That was the last song that was written for the project. It came about from moving to L.A. and starting this process. At that point, I was pretty fed up with the types of relationships that were making me realize, ‘Oh, this is why people have this opinion of Los Angeles.’ There are tons of great people in L.A. But every once in a while, you’ll meet a particular person where it’s like, ‘OK, you are the reason for the stereotype.’ It was basically me thinking about talking to these people and they always have their foot in the door, just in case something else comes around. People end up being a little flaky. And really seeing how the superficiality of L.A. does come through sometimes.

AS: In the song, the narrator says that the fame, fortune and perfume got the best of him as well. Were you worried that lifestyle was getting to you?

HB: I downloaded StockX. I was looking at sneakers too much. I felt it creeping in (laughs.)

AS: Do you see the style of this EP as more of a one-time experience, or do you think you’ll be pursuing this more in the future?

HB: Going into it, I thought that it was going to be more of a change of pace, like maybe this was just a one-off, more electronic-sounding thing. But now, man, I am just scheming how I really want to try to tie all of the things together with the next project. Like have something that’s a little more of the acoustic jazz-influenced stuff, but where people will still be dancing, even with the guitar maybe at the forefront again. 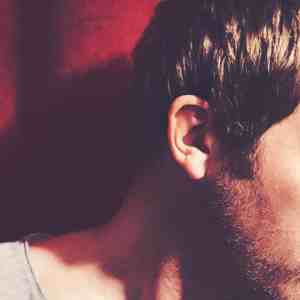 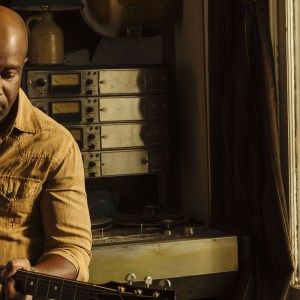