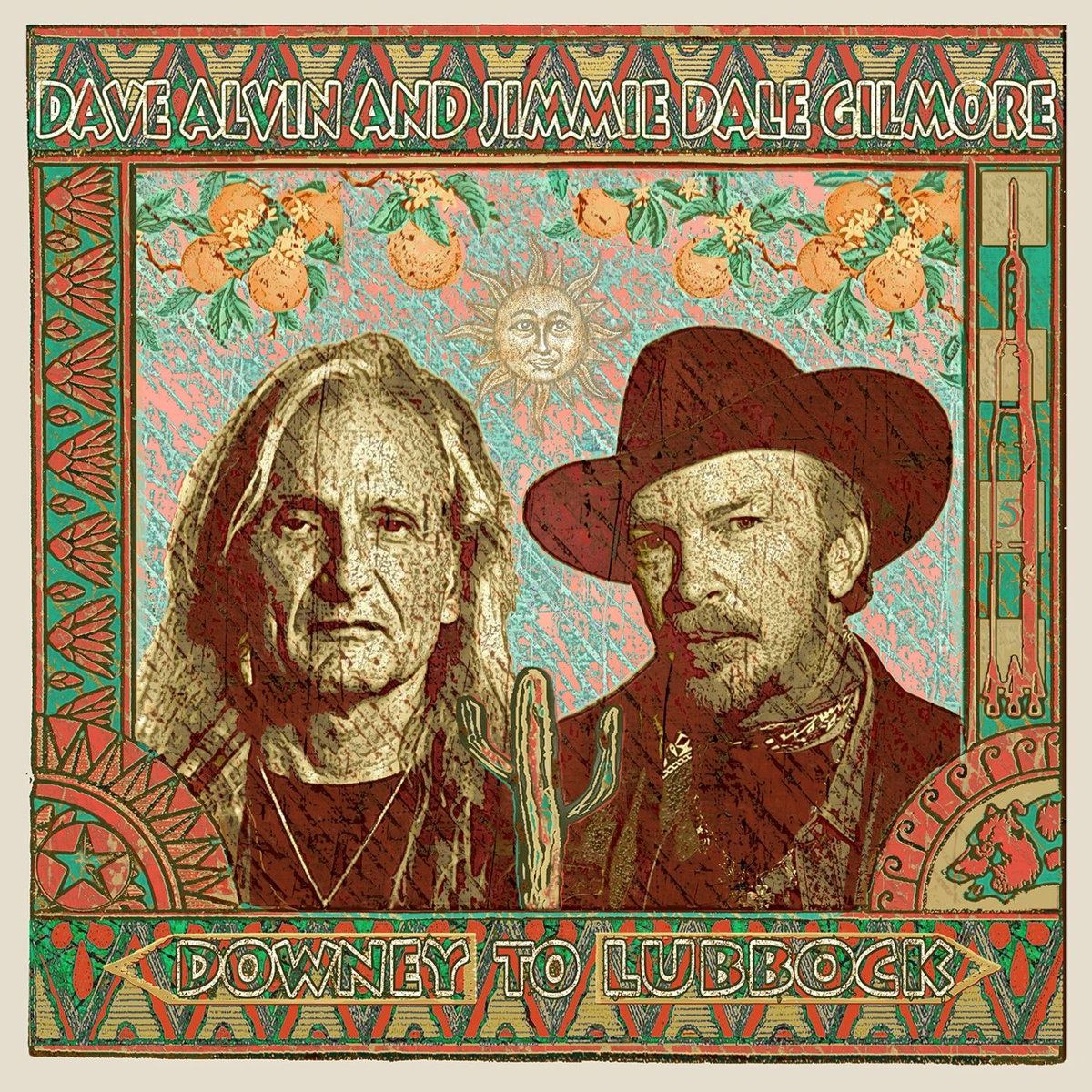 You don’t need to know the backstory to this meeting of the minds of Dave Alvin and Jimmie Dale Gilmore, two of Americana’s most respected journeyman roots rockers. That’s because they do the work for you on the opening title track to this partnership where they trade vocals explaining their careers and somewhat unlikely collaboration on this disc’s only co-write.

Ex-Blaster Alvin hails from Downey, California, and ex-Flatlander Gilmore calls Lubbock, Texas home. The two are a decade removed in age but found common ground in their love of Americana music, specifically the blues, rock and roll, R&B, and folk acts that played LA’s famous Ash Grove club which they both frequented. These guys are road-hardened troubadours who know the once-endless highway is going to soon end but are determined to keep the faith. They do that beautifully on this studio alliance.

Alvin’s flinty baritone and Gilmore’s high lonesome, windswept style wouldn’t seem to be a natural combination. But even though there aren’t honeyed Everly Brothers-styled harmonies here, the contrast in their voices makes for a surprisingly riveting blend. They generally switch lead vocals, which also provides a window into which one brought the song — and all but two are covers — to the table.

A cover of the Dino Valenti by way of the Youngbloods ’60s “smile on your brother/ love one another” anthem “Get Together” is as pertinent today as it was 50 years ago — perhaps more so — and this version with Gilmore’s trembling voice and Alvin’s taut guitar solo raises the temperature making it feel even more incisive. The California bred singer-songwriter’s lone new solo writing contribution, “Billy the Kid and Geronimo,” tells the fictional tale of a meeting between these two American fugitives, allowing both singers to trade verses based on the characters’ narratives, as they elicit sympathy for their violent lives.

A full band backs the twosome and while this might seem like an unusual pairing on paper, the result is an alternatively sweet, touching, rousing and undeniably heartfelt set that plays to both artist’s strengths while pushing each slightly outside their comfort zone. Hopefully, there will be a follow-up to further expand on this success that brings out the best in both Alvin and Gilmore and seems to just scratch the surface of their deep Americana pedigrees.