The Flesh Eaters
I Used To Be Pretty
(Yep Roc)
Rating: 4 out of 5 stars

“Go crazy!,” barks frontman and founding Flesh Eaters auteur Chris Desjardins (Chris D. to his friends) not once but three times during “The Youngest Profession.” His band of punky all-stars that includes — at least for this go-round — Dave Alvin, X members DJ Bonebrake and John Doe, Blasters drummer Bill Bateman and Los Lobos’ saxist Steve Berlin, needs little more encouragement to do exactly that for the rest of this hour-long reunion. The last time this lineup — more or less — was heard on a Flesh Eaters studio album was on 1981’s A Minute To Pray, A Second To Die, somewhat of an underground punk/garage classic.

This particular cast of Flesh Eaters blew through some recent shows that turned out so well they reconvened for this likely one-off studio session. Its combination of covers (three from others, six from older Chris D./Flesh Eaters discs tracked with different personnel), and two newly written tunes might just reestablish Desjardins as the crazed, intense, slightly unhinged artist he has always been, leading various outfits for the past 30-plus years. Better still, these veterans play with arguably greater passion, power and intensity than back in ’81, making this a riveting hour-long listen. Chris D. shouts, howls and hollers more than sings, but his gutsy vocals and darkly poetic lyrics brimming with muscle and hunger create a jittery energy the band feeds off of.

Songs like the thumping, pumping, hard-rocking “Cinderella,” the first single, and “Pony Dress” sound like Iggy Pop circa Lust For Life mixed with prime-era Cramps. Add Berlin’s often squawking sax and marimba(!) courtesy of Bonebrake for a careening sound that seems like it’s one wobbly tire away from skidding off the road. Alvin, fresh from his folksy, generally laid back collaboration with Jimmie Dale Gilmore, attacks his guitar like a tiger released from its cage before feeding time. He’s having a blast, especially digging in and turning the Peter Green-era Fleetwood Mac nugget “The Green Manalishi” upside down with power chords as Chris D. bellows like a drunken sailor staggering down a backstreet after a long night at a sleazy bar.

If the first 45 minutes don’t convince you this is the best garage rock album in years, then the closing 13-minute epic “Ghost Cave Lament,” one of two new tunes, will seal the deal. Chris D. seems to free associate ominous lyrics like “St. Lucy, she plucked out her eyes from her sockets … It amounted to nothing more than loose change in her pockets” as the band churns a dark Doors-inflected heartbeat of free-form sax and menacing guitar chords behind him.

It goes without saying this isn’t made for commercial crossover appeal. But there is no denying the sinuous, taut passion on display from a sympathetic band pushing Chris D. to new heights and, like kids skipping class, relishing this rare chance to cut loose away from their day jobs, wallowing in the inspirational garage jazz/skronk rock grime.

Strap yourself in and … go crazy. 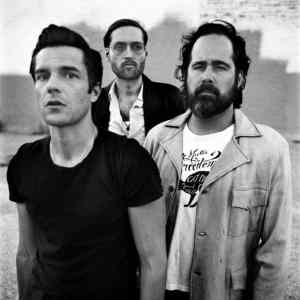 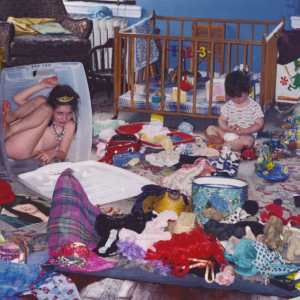