Fritz Michel can be credited with maintaining a generally sunny disposition, one that pays heed to basic pop precepts while imbuing his own distinct personality into the proceedings. Although On the Rocks boasts just five songs in total, there are enough memorable melodies and catchy choruses to ensure a lasting impression. “On the Rocks” and “King of Corona” are the most obvious examples, but an effusive remake of “Suddenly You Love Me,” a minor hit by the British Invasion-era outfit The Tremeloes and subsequently reprised at the EP’s conclusion in French, emphasizes the fact that Michel’s reverence for essential radio-ready material—complete with irresistibly infectious hooks and catchy, compelling choruses—makes any distinction between past and present all but indistinguishable. Michel’s a savvy pop practitioner and, in that regard, obviously ready for prime time. Its brevity aside, On the Rocks is all the evidence needed. (https://www.youngallies.com/)

Eight albums in, Canadian Lynne Hanson isn’t about to settle into complacency. While those who followed her early on may have associated her with Americana intents—and rightfully so —Ice Cream In November is as alt-centric as its title implies. She’s clearly committed to pushing past her own parameters, whether it’s through the brash, outsized designs of opening track “Shadowland” or the confident saunter and swagger of “Hip Like Cohen” and “In On a Wing.” The sonic shift was initiated with her last album, Just Words, but this time around her adventurous attitude cascades at full throttle. Not that she’s abandoned her folk finesse entirely; the shimmery title track finds her awash in sentimental circumstance while the assertive “Hundred Mile Wind” hints at some high desert intrigue in all its mystery and mystique. So too, “Orion’s Belt” finds her clearly in a contemplative mood, just as “Birds Without a Feather” sounds dryly defiant. The result is a decidedly mesmerizing set of songs, one that finds Hanson casting her spell over the proceedings which, in turn, makes for a thoroughly captivating and compelling experience. (https://www.lynnehanson.com/)

Billed as an ode to America’s western environs, Drew Kennedy’s ninth studio album comes across as a series of unabashed love songs, a beautifully descriptive soundscape that finds Kennedy and his erstwhile collaborator David Naish traveling cross country from New York City to a tiny town in far West Texas where they recorded in an adobe house without the benefit of an actual studio or technology. Instead, they relied on natural sounds—acoustic guitars, vocal harmonies, occasional keyboards, an impending thunderstorm on “Peace and Quiet,” a revved-up car engine on “The Hat,” the train name-checked on “Sunset Special,” Kennedy’s spoken recitation of the region’s history with “Watch It, Shine,” and a whistling refrain on “West Texas Appreciation Society.” The result is a genuinely engaging and sweetly sentimental set of songs, each accompanied by soothing, sublime melodies that effectively find the listener accompanying Kennedy and Naish on their distant journey and experiencing the sights and sounds they encounter along the way. From the sedate sound of “Marathon” to the upbeat engagement of “Hi-Ho Silver” and the sheer charm of “Lucky,” it’s a cinematic excursion shared with both exuberance and engagement.  (https://drewkennedymusic.com)

Following on the heels of last year’s extraordinary release, There Used To Be Horses Here, Amy Speace and producer Neilson Hubbard convey a series of emotive and evocative torch songs sharing them once again with feeling and finesse. Quiet and contemplative, “Cottonwood” and “Little Red” offer the ideal examples, both burnished with the sensitive stroke of Speace’s trademark tenderness. “If You Fall” is another affecting entry, a ballad that offers assurance and affirmation in equal measure. On the other hand, “Blues For Joy” dispels the juxtaposition implied in its title, given its aura of uncertainty and alienation as infused with mystery and mystique. “Why I Wake Early (for Mary Oliver)” and “My Father’s House” each offer an ode to realization and self-awareness, expressed in ways both tender and touching. Through it all, Speace maintains an emphatic presence, one that drives the emotion and intent to a higher plane. A reverential but remarkable record, Speace has gifted her fans with yet another masterpiece.  (www.amyspeace.com)

Martyn Joseph is a knowing singer/songwriter, an artist who’s not only attuned to the full range of human emotions but also able to express them in a way that brings his listeners into the fold, sharing sentiments and experiences familiar to all who are attuned to a common humanity. With 1960, so named for the year he was born, Joseph reflects on the realizations and realities that accompany one’s coming of age when mortality and meaning coincide while pondering the road ahead. Under every smile, behind every tear, we summon up the courage for facing down the fear, he sings in the telling “Under Every Smile,” a song that summarizes the need for strength and perseverance in a perilous world. The opening track “Born Too Late” establishes the precept that he may have missed certain seminal events that led to his eventual transformation. Songs such as “House” (featuring guest vocals from former touring partner Janis Ian), “In Your Arms,” “This Light Is Ours,” “There Is a Field,” “Shadow Boxing,” and “Down To the Well,” Joseph seeks to unravel the mysteries and marvels that may not seem readily apparent at first glance, but are well worth exploring nevertheless. If these songs don’t bring tears to your eyes, check your pulse to ensure your heart’s still beating. (www.martynjoseph.net) 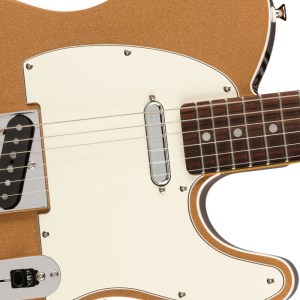