Divino Niño’s path to success has been a strange one. The Chicago-via-Bogotá, Colombia quartet self-released an EP, Pool Jealousy, on a whim a few years back, before re-releasing the collection as a full album (with a handful of new tracks) for New York label the Native Sound in 2014. Under pressure from the label, they wrote and scrapped two full albums of follow-up material, only to have Native Sound release demos from those sessions as The Shady Sexyfornia Tapes in 2016.

Now, the band has released another new album, Foam, which technically numbers as their third but which front man Camilo Medina describes as the outfit’s true sophomore effort.

“The label was like, ‘Hey, where is the next record?’” Medina says, speaking via phone. “So we pretty much gave them demos and they released it as The Shady Sexyfornia Tapes, which looked like our second record but what it really is is just a bunch of demos. The whole time we’ve been pretty much trying to cook [Foam] up … So it took a long time and we trashed three records in total. This one sounds pretty good.”

As for why bringing Foam to life took such a long time, Medina explains that the band’s first hurdle was deciphering how to translate the raw, unpredictable energy of their live shows to the recording studio. To do this, the band, funded by each member’s day job, bought all of their own recording equipment and taught themselves how to achieve the sounds and the feelings their live shows evoked.

“Honestly it was a lot of factors,” Medina says of the long road to Foam. “The biggest factor was we were already playing shows a lot in Chicago and people were like, ‘Oh my god, you guys are so good. Make a record.’ Playing live — it’s easier to feel the music. It was very hard to translate that energy into a recording. We’re recording everything ourselves, getting that live experience from the show into a record. It’s very difficult.”

Medina also explains that it took the band a little while to find their footing in the massive, eclectic Chicago music scene. The band first lived in the Lake View neighborhood, of which Medina says, “There’s not really a lot of music that we liked.” They later landed near Logan Square and found community alongside bands like Twin Peaks and Mild High Club, a move that proved especially fruitful as the band attempted to write new material worthy of an official album.

“It turns out we were in the wrong niche,” Medina says. “We were like, ‘Oh my god, finally there is a group of people who are on a similar vibe.’ After we started hanging out and going to shows, we became part of the community and started playing shows with them, and feeling that community gave us much more of a creative direction of what we were supposed to be doing. It became a lot easier afterward.”

Medina and bassist Javier Forero both hail from Bogotá, Colombia, where they were friends as children, playing and attending each other’s birthday parties. Both relocated to Miami, Florida later in life and reconnected by chance before moving to Chicago and rounding out the band with guitarist Guillermo Rodriguez and drummer Pierce Codina. You can hear the band’s Latinx roots all over the album, which contains lyrical references to Mexican telenovelas and draws sonically from Argentine punk.

Accordingly, one of Foam’s most striking songs is “Maria,” the only song on the LP sung entirely in Spanish. The laid-back shoegaze belies the song’s narrative of lost love, with Medina’s punk-inflected vocal recalling Joe Strummer in his more tender moments.

“There are some words in Spanish that just sound really cool,” he says. “I like listening to music in Spanish but I never consciously sit down to write a song like, ‘Alright, we need a song in Spanish on this album.’ It’s one of those things where the whole thing just came in Spanish. I wasn’t really looking for it.”

Though Foam only dropped in late June, the band is already working on new material; Medina says they have 10 songs in the can, with plenty of ideas bubbling up. For now, though, the focus is on what they love most: playing live.

“It’s dawned on us how nice it is to connect with people every night,” he says. “We set the mood for a room of people who have expectations. If it gets too intellectual, like, ‘Oh my god, everybody needs to be entertained,’ we sound horrible. There’s an organic way of connecting with people … Sharing an experience with a room full of people every night is pretty unreal.” 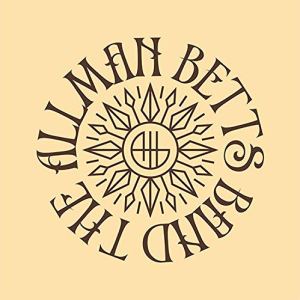 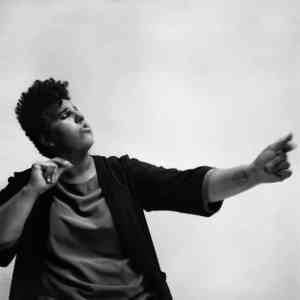