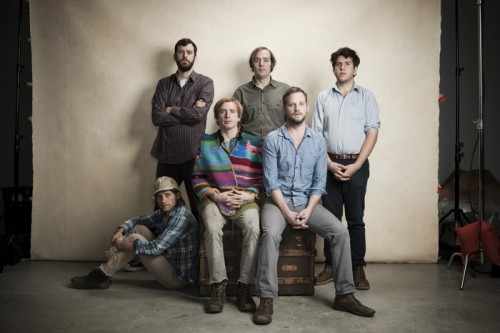 The guys in Dr. Dog are a hopeful bunch. No, really. Despite the fact the new album is called Be The Void, despite writing about how easy it is to be lonesome (“Lonesome”), how your best efforts go nowhere (“Black Hole”), and how the one you love sometimes sucks your soul right out of you (“Vampire”). But that’s just one aspect of the music.

The beloved Philly rock band is having a blast singing the call and response of “Lonesome.” Singer/guitarist Scott McMicken may be singing about a black hole, but he wants you to know, “I don’t expect you to believe me but everything is all right.” And “Vampire” is anchored by a big, fat McCartney and Wings riff and a hummable melody. The darker they get, the more you want to sing along.

So why does Dr. Dog write about the human struggle while making such a joyful noise? “The simple answer is that’s just what comes out,” says bassist/singer Toby Leaman. “Writing pop songs is what I feel like is most satisfying to me, having nice changes and cohesive lyrics. Here’s the chorus, here’s the verse, with some other bits thrown in. That’s usually what I want to hear when I listen to songs.”

McMicken quotes David Byrne, that music is understood first by the body and then by the mind. But he also likes when songs are confessional, that dig into the writer’s psyche. The music provides some balance for the mood in the lyrics, something McMicken and Leaman both agree makes for a better song. “As soon as you only see the one side of the coin, you’re somewhere very temporary, whether it be very exciting and joyous or very depressing and dark,” says McMicken. “It’s just as important for me in a song to feel like I’ve tapped or touched on a deeper feeling that gives me more knowledge of myself or more understanding of a situation as it is to just shake my ass to the thing.”

McMicken and Leaman have had a long time to think about this. They celebrate 20 years as a musical entity this October, having met in eighth grade. McMicken was the guitarist who could already play Hendrix. Leaman was the kid who was just picking up bass, but could toss out a song off the top of his head at any given moment. They clicked almost immediately. “I can’t even remember hanging out not thinking we were a band,” says Leaman. Adds McMicken, “That immediately translated into playing music and writing songs together within days.”

Dr. Dog started to form in 1999, and then cemented themselves as a working band in 2003 when Jim James tapped them for an opening slot touring with My Morning Jacket. The line-up has changed over the years, but McMicken and Leaman feel the band is hitting its stride now with Void, its seventh album and their second release on Anti-.

The band has relied heavily on overdubs for previous releases, but for Void, they started recording more live in the studio as a band. Leaman says a lot of the songs have at least drums, bass, and one rhythm instrument recorded live, something the band has been striving for but not been able to reach in the past. “I feel like we’re getting closer, our ultimate goal being, we rehearse a bunch of songs and then record an album in a day or two.”

Stylistically, Void is all over the map. “Do The Trick” is dreamy pop, “These Days” kicks off with a New Wavy riff, “Heavy Light” has a world music feel. The sound is fleshed out by rhythm guitarist Frank McElroy, keyboardist Zach Miller, and new additions, drummer Eric Slick and multi-instrumentalist Dimitri Manos.

The album often feels lush with all six members contributing, but the soul of it is still a collection of songs that would still come across played on one guitar or piano. “To me, that’s the epitome of a good song,” says Leaman. “Could another person perform it?”

The songwriting is where McMicken sees the real progress, and where he and Leaman are that much closer to their true voices. “I hear in his songs and in mine aspects of our personalities relaxing from the perspective of songwriting,” he says. “I hear a lot of him in his songs and I feel a lot of myself in my songs. That’s sort of the pursuit that he and I have been a part of for a long time; understanding that that’s what it’s about.” 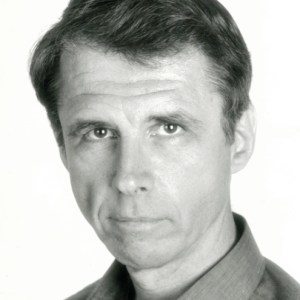