In the far western reach of Tennessee, in the lower corner of the state at the triune of the Arkansas, Mississippi and Tennessee state lines, lies a city that is underestimated, overlooked and generally misunderstood. Its roots crawl out from the waters of the Mississippi River and spread from the Delta and farmlands that surround it into city streets that crack and heave under the weight of buildings and the effects of a perennially oppressive summer sun.

There are no distinct lines as to where Memphis begins and ends. Local music legend Tav Falco, in his expansive tome Ghosts Behind The Sun, references William Faulkner in saying that Mississippi is as much a part of the city as Tennessee and Arkansas, as the state “extends from a hotel lobby of Memphis to the Gulf of Mexico.” One could say that the music of Memphis and its creators reside both in and beyond the city limits; that the town functions as a fulcrum whose lever swings out in all directions — from Holly Springs to Pine Bluff to Ripley and beyond – and that all the places and people therein give and take from each other, creating a perfect symbiosis that encapsulates what Memphis music truly is.

So how to define the mythos of Memphis? To understand the expression of a place, one must try to understand the source. Memphis is an old Southern river town that has known its share of darkness along the way, from the horrors of the slave trade to the trauma of The Civil War, from yellow fever outbreaks to the struggles of the Civil Rights Movement. It is still a town wrestling with its past wounds, but through those wounds comes art, which in Memphis’s case, is music.

Growing up in Memphis, I was nascently aware of the city’s rich musical heritage. What I didn’t realize was just how strongly the city’s sounds rippled into other realms.  The iconclastic Sam Phillips, founder of Sun Studios, felt “the soul of a man” whenever he heard Howlin’ Wolf play. Sun artist and rockabilly legend Charlie Feathers said the tunes of venerable Delta bluesman Junior Kimbrough were “the beginning and end of all music.” In Memphis, rhythm and blues music has always added soul to rock and roll, an influence rock and roll couldn’t shake if it tried.

Tav Falco, in an interview with The Quietus, stated, “In Memphis, and anywhere an artist lives, you work with what is at hand, and what was at hand, in Memphis, was music. So these performances I saw, and we’d go out and see, you know, Albert King, Bukka White, Mississippi Fred McDowell, made a large, subliminal and a very intense mark on my consciousness and influence on my perception and thinking.”

Growing up, the sounds of Memphis were ubiquitous, and they permeated our lives. As a student in the public school system, a rite of passage involved pacing through Booker T. & the MG’s “Green Onions” on the plastic recorders they supplied in music class. One spring, we delivered a school choral performance of Otis Redding’s“Sitting On The Dock Of The Bay,” with the gentle lyricism of Steve Cropper’s guitar parts being replaced by a stage full of kazoos. During an impromptu concert for parents at the end of music camp one summer, we all did the Funky Chicken, led by the late, great Rufus Thomas, who proceeded to dance in the aisles with reckless abandon. (I’ll always remember his contagious presence and cartoonish grin). Later, in 6th grade, I got asked to interview Willie Mitchell and Bobby Blue Bland for our little school’s newspaper. And back in my neighborhood, on summer bike rides and walks home from school, I would always notice the black-iron fence guarding the entrance to Sam Phillip’s house, decked out with the same crescendoing musical notes that lined the front gates of Graceland just across town.

Every May ended with a sunset symphony on the river, with local legend James Hyter belting encore upon encore of “Ol’ Man River.” Glimpses into the soul of Memphis would flicker and vanish in the rounds of the chorus as barges and riverboats floated by, and to this day it still serves as the perfect conduit to get closer to the source of what Memphis music sprang from.

*****
Memphis lives by it’s own “Ars Gratia Artis,” and in its particular case, “music for music’s sake.” I hope that always remains, and that the musical soul of Memphis will keep pulsing, like the river its roots spring from. In turn, I’m thankful that water is in my blood, and I always hope to find myself, as Jimmie Rodgers wails in his “Mississsippi River Blues,” “… dreaming over muddy waters, flowing through familiar scenes.”

Rachel Briggs is the former art director at American Songwriter. She now works as a freelance designer and illustrator and can be found at rachelbriggs.com. 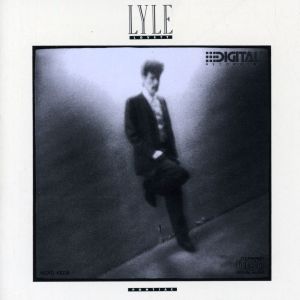 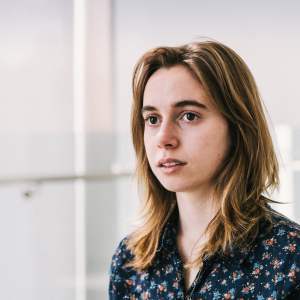