For Jerry Garcia, 1975 was a seminal year that found him splitting time between recording Blues for Allah with the Dead, directing The Grateful Dead Movie, and forming the Jerry Garcia Band–his long-running side project.

The Jerry Garcia Band — Garcia, his constant collaborator bassist John Kahn and drummer Ron Tutt — played its first show with Nicky Hopkins on piano in August 1975. The ultimate session player, Hopkins’ credits include work with The Beatles, The Who, The Rolling Stones, and Jefferson Airplane to name a very few. While Hopkins residency was brief with the Jerry Garcia Band, it played an important role in the group’s shift away from big jams toward song-oriented material.

In addition to being a brilliant songwriter himself, Garcia had a great ear for other people’s songs and the new band provided him an opportunity to explore others’ works. LET IT ROCK includes covers of Chuck Berry (“Let It Rock”), Little Milton (“That’s What Love Will Make You Do”) and Jimmy Cliff (“Sitting In Limbo.”) It also features performances of Allen Toussaint’s “I’ll Take A Melody” and Hank Ballard’s “Tore Up Over You,” songs that would surface a few months later on Garcia’s Reflections (1976). In addition to other artists’ songs, the band dips briefly into the Dead canon for “Friend Of The Devil” and Garcia’s 1972 solo debut for “Sugaree.” Three Hopkins originals are featured as well, “Pig’s Boogie,” “Lady Sleeps,” and the curiously titled “Edward, The Mad Shirt Grinder,” a song Hopkins first performed with Quicksilver Messenger Service.

While it is not strictly speaking a complete show, THE JERRY GARCIA COLLECTION, VOL. 2 is sequenced to approximate a two-set club gig, highlighting performances recorded November 17 and 18, 1975, during a pair of intimate gigs at Keystone Berkeley in front of a hometown crowd. The shows demonstrate that this lineup was capable of collective improvisation on the same level as the Grateful Dead, says David Gans, host of the Grateful Dead Hour. “Everybody could play melody or rhythm, or both, at any time, flying in and out of formation and always in intimate relation to what the others were playing,” he writes in the collection’s liner notes.

6. “Let’s Spend The Night Together” 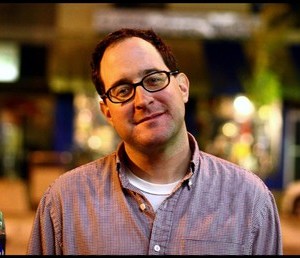