Ed O’Brien needed a new perspective. A co-founding member of one of the biggest bands in the galaxy – Radiohead – the multi-instrumentalist felt claustrophobic.

Living in London, O’Brien says it was as if he was constantly running on the “hamster wheel of life.” While not ignoring his professional good fortune, O’Brien says he was burnt out by the “constant stimulation.” So, he moved across the globe to rural Brazil with his family. There, he refocused his priorities on three things: food, family and music.

He taught himself to sing lead vocals.
He made a record.
He grew, dramatically.

“It was the classic cliché,” O’Brien says. “Why am I making my life more busy and complex by more stimulation? All I want to do is write, play music and be with my family when I’m not doing that. Realizing that was key for me. It was the moment I simplified my life and the music started to come through. It was like breathing again.”

O’Brien’s debut solo album, Earth, which was released April 17th, was born out of a dual action. He let go of many of the complications in his lush life and he doubled-down on himself. In the past, O’Brien has dealt with serious bouts of depression. As a result, over the course of his life, he’s changed the substances he ingests – from alcohol to the flour he cooks with. He’s battled chronic fatigue. He’s processed difficult childhood memories in an attempt to be the “captain” of his own fortunes. Earth, therefore, encapsulates these journeys and more.

“The [album’s] first song, ‘Shangri-La,’” O’Brien says, “that’s about a journey from darkness to light. That’s my journey. That’s the quintessential journey, that’s the Gospel. ‘Brasil’ is about endings and new beginnings, putting things to bed in order to move on. That takes a lot of energy and a lot of determination.”

Another aspect of writing and producing the complex and expert record, Earth, was O’Brien’s journey to singing as a front man. He’s sung backup in Radiohead plenty of times, of course. But to take the hot spotlight, front and center. That skill was not in his proverbial wheelhouse. To gain the requisite confidence to sing, record and perform as the front man took real time and effort.

“It’s still difficult,” O’Brien says. “For me, it’s the biggest challenge. But it’s the area that I feel has the most essential growth for me. It’s not in my comfort zone, which is exciting.”

O’Brien, who has toured the world countless times and whose band has changed the way people think about the composition of sound, began playing music at three-years-old. At age six, he picked up the violin. He sang in choir, played the trumpet and learned to read music. While O’Brien says he wasn’t a master of any particular instrument, he was good at many. In addition, he played and enjoyed sports and did well in his courses.

In high school, O’Brien met his soon-to-be Radiohead co-founding members, including Thom Yorke. The band mates, who spanned four different academic years in school, became quick and close friends. There was real chemistry in and out of band practice amongst the members. It felt like family, one that each could grow within for years to come.

“I’ve always maintained that the friendship is very, very important. It’s fundamental,” O’Brien says. “I don’t think you can spend the amount of time we have with one another if you don’t have a common purpose. You’ve got to have comradery and laughter.”

Ever since those early years, Radiohead has gone on to sell countless records and played to even more fans. While achieving these heights is a dream for many, there nevertheless can remain the feeling of wanting more, whether intellectually, spiritually and creatively. Ever the curious fellow, O’Brien began exploring new academic subjects: philosophy, mathematics and cosmology. As he continued to explore them, the more he realized they connected with and buttressed his passion for music.

“We moved into a house,” O’Brien says, “and I learned that the house was built based on old Greek principles of the ‘Golden Mean.’ That got me into sacred geometry, old knowledge. It’s very powerful stuff. The more I learned about it, the more I awakened to how much our ancestors really knew about the world.”

As O’Brien studied math and science, he began to love it more. He studied Carl Sagan, listened to the famed Golden Record (which, among other recordings, offers human beings saying “Hello” in 55 languages) and followed the paths and trajectories of the Voyager 1 and Voyager 2 outer space probes. His passion for the universe and ideas of discovery, in fact, became his creative entry point into his aptly titled debut solo LP.

“There are all these wonderful phrases from that time,” O’Brien says, “Like, ‘When we went to the moon is when we first discovered the earth.’ That idea is right in the heart of my new record.”

O’Brien says the process of making Earth changed him. But, he admits, that change isn’t by any means finished. It’s not as if he’s arrived at some final creative or personal destination. The journey is unspooling, he says. There’s more to come and he’s ready.

“I feel like a hugely different person,” O’Brien says. “I’ve been doing this for, like, 30 years and I’ve never been more hungry. I’m ready to make bigger, bolder, brasher moves. I’m excited.” 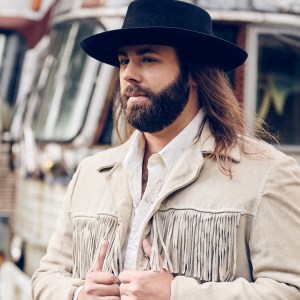 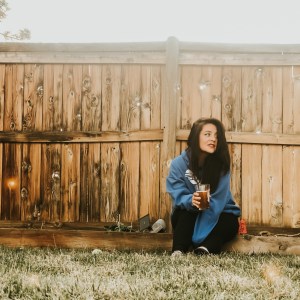