Having friends, and family, and early listeners comparing one’s music to none other than Adele, is quite the grandiose statement and makes for quite the bar to live up to. The thing is, for Detroit, MI artist Kendall Pennington, some of the alignment bequeathed to her is more than genuinely well-earned – and not because Pennington is looking to simply follow in Adele’s musical footsteps.

Premiering today on American Songwriter, Pennington’s newest single, “Heaven Probably Loves You” is written in no way to emulate Adele. The track is a ballad but one of a cleanly produced, beat-driven, country-pop aesthetic. While Pennington is far from the first musician to write and-or sing about the trials of life, the pains of loss, or the love people can feel for others in their lives, and while one doesn’t need to sound anything like Adele to write that kind of music, it’s Pennington’s unwavering vocal candor about the loss sewn into the song that understandably evokes Adele’s artistry. In the case of both women, the music presented isn’t just constructed with an forced objective to be a sad ballad or to try to indirectly connect with a certain kind of experience – even if listeners don’t know the full context of a song. And for Pennington, as a piece written in homage to her late mother, the context of “Heaven Probably Loves You,” couldn’t be anymore real and direct.

“My songs tell stories and take people on the journey with me where I can relate to them. I want listeners to feel not so alone when they hear my music – like I’m holding their hand and telling them ‘It’s going to be okay’ [and] like a hug in your ears. So, this inspired my creation of “Heaven Probably Loves You,” says Pennington. “I hadn’t written a song yet about the relationship with my mother. She was my best friend, mentor, supporter, and overall best mom ever. As for the sound [of the song,], I still wanted an element of pop, but [I also wanted to] make it country and create an anthem bop,” she says.

Did you finally win the lotto
Do you miss Virginia Beach?
Hope you don’t forget about me

“Bop” might be a bit of a misaligned description for the song, despite how snappy the hook is and how quickly the backing beat draws in the listener’s ear. Given the personal and specific nature of the memories on which Pennington is reflecting throughout the song, it’s harder to imagine excitedly grooving along to the narrative – even if the melody itself does its best to inspire that reaction – than it is to imagine someone who can relate to the loss of a parent listening earnestly, crying a little, and perhaps finishing the song with a smile from the emotional release. Either way, it’s a well-made, admirably open piece of music that is likely to be a welcome comfort for many going through the difficulties of familial loss that she had and that’s as good an outcome as an artist can ask for when it comes to a song written from a place of grief.

“I cried when I was sent the master and thought, ‘That’s it. This is it. Exactly what how I want to sound.’ I had figured it out,” Pennington says. “As a female country artist,” she continues, “I feel I’m sticking true to who I am and just being fully ‘me’: a Detroit native with a tragic story, who loves to wear sweatpants and makeup, while writing country music that everyone can relate to.” 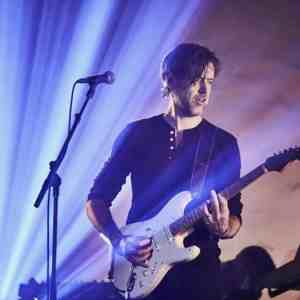 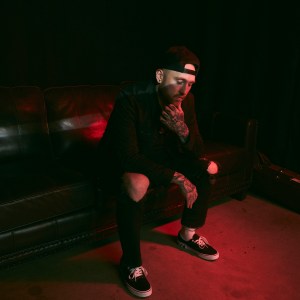