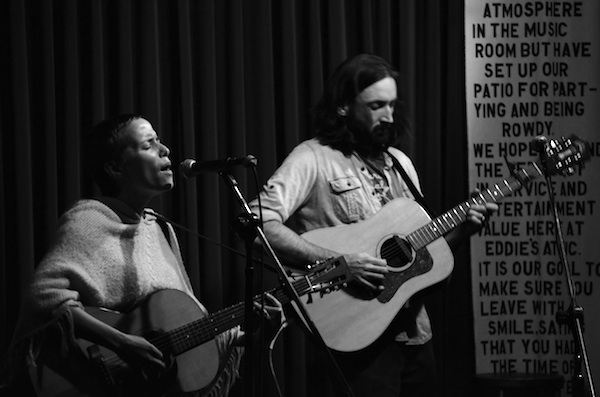 On a Monday night in late January, I spent the evening at Atlanta’s Eddie’s Attic, a songwriting venue that has catered exclusively to songwriters for the past twenty years. Each week the Attic hosts an open mic competition that has been responsible for discovering popular artists such as John Mayer, Jennifer Nettles (of Sugarland) and Shawn Mullins. What I went to find out was how Eddie’s Attic has been able to discover such great talent while they were still amateurs. What is it about their open mic night that cultivates future Grammy winners while avoiding many of the cliché open mic stereotypes (such as agonizingly bad performers and even poorer crowds)?

Most open mics host disinterested, talkative audiences that usually ignore the performers while ordering more margaritas or loudly entertaining themselves. This is what you could describe as “polite,” compared to rougher crowds that yell out mocking requests of “Freebird” in between songs or just go to the always hilarious, “You suck!” while the sound system is howling feedback.

This is the common environment of most open mics across the country but this is not Eddie’s Attic’s Open Mic. Instead the Atlanta venue hangs a banner from their stage that proudly explains the indoor bar is the listening room, a place for artists and audiences to enjoy a live music experience together, and the outdoor bar welcomes patrons being rowdy.

“I think there are a number of reasons why Eddie’s Attic is a great venue for songwriters,” Matt Arnett, host of the Open Mic at Eddie’s Attic, explains, “but the most important is that the audience comes to hear the music and the songs.

“The intimacy of the room helps, but it is remarkable how quiet that room can be with 165 people inside listening to music. Performers at the Attic don’t have anything to worry about but playing their songs. People are there to listen.”

This is the reputation that Eddie’s has garnered for over twenty years and it is easy to understand why artists from all over the world sign up for the open mic. Melissa Hyman, member of North Carolina duo The Moon and You, explained the differences of playing at a bar compared to playing at the Attic.

“Playing in a noisy bar can be fun,” Hyman explained, “but for us, it’s so rewarding to know that people are hearing our songs and maybe even getting something out of them. Places like Eddie’s Attic allow artists to connect with music fans on a deeper level.”

Several of the other acts that performed that evening reiterated the same sentiment regardless of age or talent level. Artists know that the audience is there to listen and that allows for a different kind of performance.

“The room has a certain magic to it for me,” Nashville songwriter Ryan Harris Brown said. “I’ve listened to so many old bootlegs of David Ryan Harris, John Mayer, and Shawn Mullins that even when I walk into the room and see the stage, I get butterflies.

“It’s like this is the stage that they were on before they sold a million CDs or played for thousands. Eddie’s Attic is where they worked on their stuff and this is where they figured out how to make it work.”

Matt Arnett agreed saying, “Places like Eddie’s Attic are essential for songwriters to hone their craft. If you have an audience that listens to every note and every word, you learn quickly what works and what doesn’t and how people feel about your music.

“There aren’t many places that provide that kind of environment to performing songwriters.” 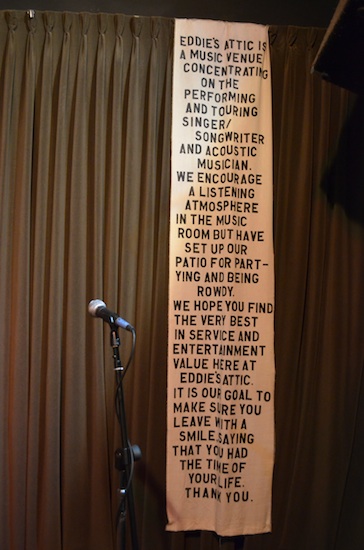 The Attic’s famous stage sign is a constant reminder to all patrons that rowdiness is not tolerated in the listening room. 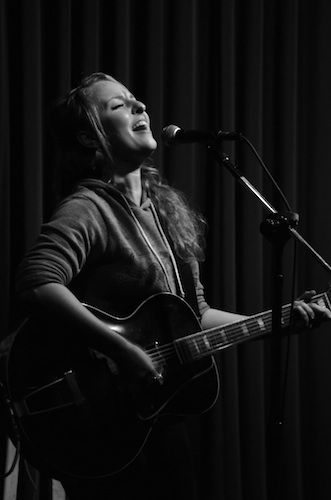 Julia Haltigan was chosen as the winner of the weekly open mic and will be asked back to Eddie’s Attic to perform in the Bi-Annual Songwriter Shootout in May. 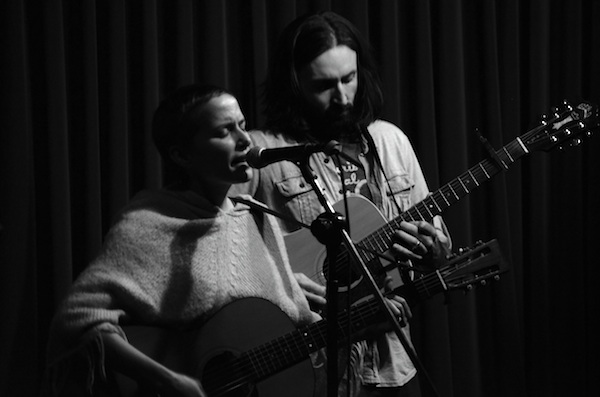 Kelley McRae and Matt Castelein were in the middle of their national tour when they participated in Eddie’s Attic Open Mic Night on January 28, 2013. 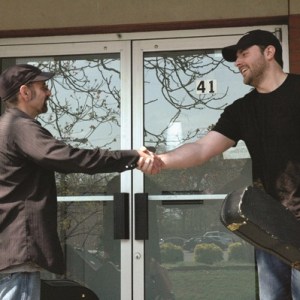 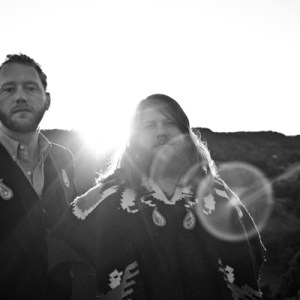