It’s been a busy summer at the magazine. We spent much of it on the road, taking in various music festivals, an awe-inspiring songwriting camp, and the music scenes of two Oklahoma cities.

After the dust settled on Bonnaroo in June, in nearby Manchester, Tennessee, we headed north on I-65 to Louisville, Kentucky for a weekend of revelry and music on the banks of the Ohio River at Forecastle Fest. There we caught some of the best live rock acts at work today: bands like Arcade Fire and the War on Drugs, as well as Houndmouth, from next-door New Albany, Indiana, whom we profile in this issue.

Beckoned by the spirit of Woody Guthrie, we then headed west to Oklahoma and submerged ourselves in the newly bourgeoning Tulsa music scene. With the excellence of acts like John Moreland, John Fullbright, Parker Millsap, and the Turnpike Troubadours leading the charge, the songwriting talent that’s emerged from the Sooner State in recent years has been nothing short of staggering.

In Tulsa, writer Lynne Margolis found a music community that is inclusive and close-knit. There all manner of collaborations are happening, and they are happening across genres. Fullbright, a pure singer-songwriter in the vein of fellow Okie Jimmy Webb, has found himself broadening his musical palette and playing regularly with jam bands and hardcore honky-tonk acts, something he never imagined happening before moving to Tulsa. There are also flocks of musicians and artists relocating to the city as they get priced out of long-standing music citadels like Austin and Nashville. In Nashville, the average one-bedroom apartment now goes for about $1,800 per month in the city’s urban core, while the income required to “live comfortably” in Music City shot to roughly $80,000 in 2018, according to a study by the personal finance website GoBankingRates.com. To put this in perspective, the average salary of a Nashville musician hovers at the $40,000 mark. (Source: payscale.com). It has become clear that the once-reliable bohemian outposts are no longer sustainable for the working creative class, so expect new scenes that will incubate the country’s best art and music to take root in the next decade.

After kicking around Tulsa for as long as we could, we Kerouac-ed out to Big Sur country and landed in Carmel, California for Rodney Crowell’s inaugural songwriting camp. The country and Americana veteran is regarded as a master of the craft, and nearly 100 students made the journey from all over the States, even Europe in some cases, to join him and a cast of instructors that included Bernie Taupin of Elton John songwriting fame, Joe Henry, and Lisa Loeb, among others. The camp focused not so much on how to write hit songs but how to write great ones. Crowell, a native Texan and disciple of Guy Clark during his salad days in 1970s Nashville, stressed hard rhymes and was forthright with his criticism, noting that he too had learned in that fashion. Having suffered the slings and arrows of the music business in a career that spans nearly 40 years, Crowell stressed the importance of perseverance and weathering failure — something he said happens more than success.

For this issue’s cover story, Marissa R. Moss goes behind the aviators and shines a light on the creative process and business approach of Eric Church, whose new album and best work to date, Desperate Man, comes out October 5. Church, of course, is somewhat anomalous in the mainstream country music realm because of his album-oriented approach. He is also a fan-centric artist, not unlike the Phishes and Widespread Panics of the jam-band world, and a tireless road warrior. Church had a hand in writing all of the album’s tracks, and as Ray Wylie Hubbard, one of Texas’s most effective left-of-center wordsmiths, relates to Moss, Church is first and foremost a songwriter. Such auteurship is certainly rare in mainstream country.

There’s a lot more in this issue, including a chat with blues great Buddy Guy, whose latest album is titled The Blues Is Alive And Well. The guitar still sizzles and Mick and Keith show up for cameos as Guy pays homage to his fallen blues brothers of yesteryear.

“When I started,” Guy says, in explanation of the album’s title, “I was competing with all these greats like Otis Rush, Little Walter, Howlin’ Wolf, Muddy Waters and B.B. King. They all told me, ‘Whoever’s left has to keep the blues alive.’ Now they’re all gone, so it’s up to me.”

As Guy’s words remind us, batons must be passed in order to keep the best of our heritage alive as we move forward into an anxious and uncertain age.

You can find your nearest newsstand copy by searching MagFinder. 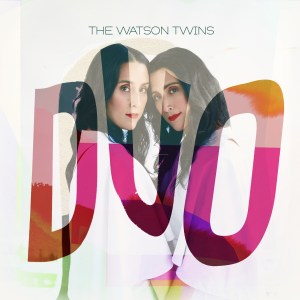 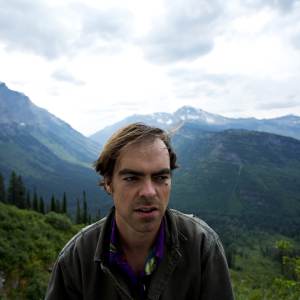