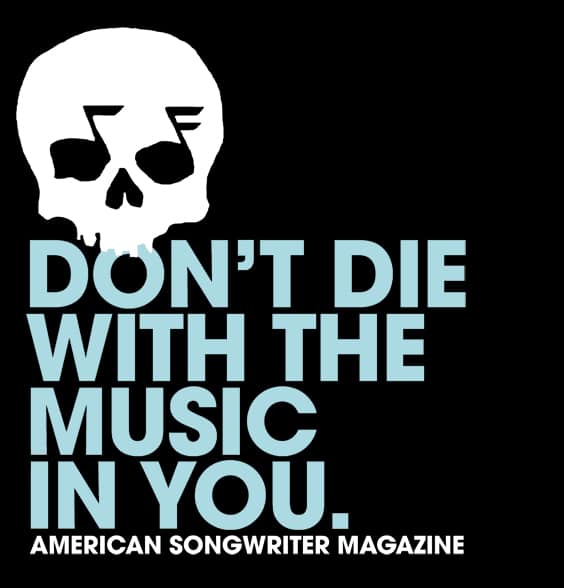 The first T-shirts we sold at the magazine featured a skull on the front and bore the phrase “Don’t Die With The Music In You.” They were quite popular, and a few readers went so far as to get a tattoo of the design.

We stole the line from self-help guru and motivational speaker Dr. Wayne Dyer.  I take Dyer’s somewhat cryptic saying to mean: Live the life you were born to live, and don’t bury your gifts — musical or otherwise — within.

When Marissa Moss interviewed the late Guy Clark for a cover story in 2013, she asked him if he had any advice for her unborn child. He had the same idea. “Make him read Dylan Thomas and listen to Woody Guthrie,” he said, “and don’t die wishing you’d done something else.”

Kris Kristofferson, our 80-year-old cover subject, won’t die wishing he’d done something else. Since his days as a college student, he wanted to be a writer.

As a Rhodes scholar at Oxford in the ’60s, Kristofferson fell under the influence of Romantic poet William Blake. Somewhere in his reading of the mystical bard he came across a passage that, for him, carried with it a life-altering message. He has even gone so far as to quote the passage verbatim in interviews, as a summation of his life’s mission.

“He who is organized by the divine for spiritual communion, if he refuses and buries his talent in the earth, sorrow and desperation will pursue him for life, and after death, shame and confusion of face to eternity.”

So, Kris was seized by a Blakean vision and moved to Nashville to write, turning down a teaching job at West Point. His family disowned him, or so the story goes.

Looking back on his career, it’s clear he personifies what has come to be known as the Americana ethic. He has never been the most gifted singer or player but whatever skills he lacks in those departments he’s more than made up for with his pen.

Our cover story is an appreciation of his songwriting talent, and several great contemporary lyricists pay tribute to his poetic gifts and trailblazing career. Kris was someone who “cleansed the doors of perception,” to borrow a phrase from Blake, by showing Nashville what new heights were possible in song through his almost haiku-like precision.

The 17th annual AmericanaFest goes down later this month in Nashville, and you can read our profiles on eight hot acts playing this year’s week-long extravaganza. Every one of them, whether directly or indirectly, has been influenced by Kristofferson to some degree.

As we wind down this long, hard slog of an election cycle, much of the songwriting world has been galvanized to write about political issues. The Drive-By Truckers return this month with American Band, an album of politically-tinged songs that survey the state of the Union. It’s not so much a political diatribe as it is a collection of personal and story songs inspired by the events of the day.

The album kicks off with “Ramon Casiano,” which tells the story of a 15-year-old Latino youth by that name name who, in 1931, was shot to death in Laredo, Texas. The gunman was a then 17-year-old Texan named Harlon Carter who claimed self-defense (saying Casiano pulled a knife) and was sentenced to three years in jail, only to have the conviction overturned. Carter would go on to work as a border agent and later became head of the NRA in the ’80s, which is when the story of the killing came to light, a story Carter initially claimed to have no knowledge of at that time.

“Making this album is about all I can do, and it’s something but it’s more about getting it out of my system than hoping I can change anything,” says DBT’s Mike Cooley, who wrote “Ramon Casiano.”

Don’t die with the music in you, indeed. 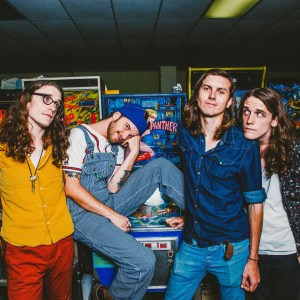 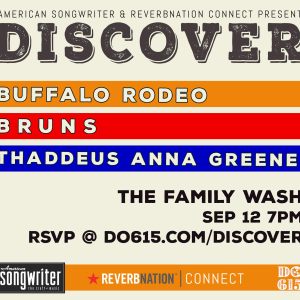