Steve Kilbey has certainly proven his songwriting skills during his lengthy and prolific career. In 1980, he co-founded the alternative rock band The Church, and has since served as their singer/bassist through 25 studio albums. He co-wrote their smash international hit single “Under the Milky Way” (off the 1988 certified gold album Starfish), which continues as a cultural touchstone to this day. In 2010, The Church were inducted into Australia’s highly prestigious ARIA Hall of Fame. As a solo artist, Kilbey has a dozen solo EPs and albums, including Eleven Women, his latest full-length album, which he released on September 4.

All this is to say, Kilbey clearly has a firm grasp on good songwriting – but he admits that it took him a long time to get to this point. By his own admission, he began writing songs as a teenager, but it was a decade before he finally felt he was creating anything truly good. Aspiring songwriters might do well to follow Kilbey’s lead on perseverance because, as he says, “I wonder, how many great geniuses are dissuaded by their own lack of persistence?”

Calling from his home in New South Wales, Australia, Kilbey says, “I’ve always been very slow to get good at something – I don’t come out of the box being great. I had to do a long apprenticeship writing lots and lots and lots and lots of songs until eventually, I could feel what my strengths and weaknesses were and I had the confidence.”

Kilbey also offers insight into his specific approach to unlocking what makes a song great: “When I encounter music that I really love, I analyze it and try and figure out what it is that I like and I take it apart and then I go, ‘I’m going to recreate that, but not in the way they did it. I’m going to take the very essence of how that blossomed in my heart or in my mind, and I’m going to do it my own way,’” he says. “I think a songwriter needs to have a sort of onboard computer that when you hear something you like, you have to know how you’re going to recreate that yourself.”

Even though Kilbey has found particular methods that work for him, he still gives the music freedom to go where it will: “I allow myself to drift off course,” he says. “With music, I go in with an idea and I think it’s going to be like this. And then if it starts turning into something else, then I let it do that. I’m open to all the things that can happen, and I’m very sensitive to how one small tiny thing can change everything.” 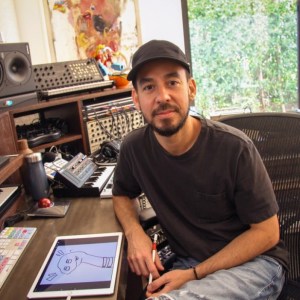