Emma Stevens swaps folk convention that marked her previous records for brighter pop waves. Her fourth studio record, Light Year, out today (April 30), remains earth-bound with her rootsy songwriting style, yet leaps through the stratosphere with starry patterns, decorative synths, and programmed beats. “When I write an album, I don’t tend to specifically set out to make sure all the songs blend well,” she tells American Songwriter. “I really like a lot of different music, and that gets reflected in what I make. This album has a lot of ups and downs, I’ll give you that.”

Early on, Stevens tosses the listener into the orbit of a fresh new soundscape, smack dab in the pulsating opener “Jump In.” So hold your breath / Take a leap of faith / Count to 10 and then jump in, she encourages, cueing up the album’s shimmering approach. Through the next tracks, threaded with acoustic guitar, peaking out in shades here and there, it’s clear the singer, songwriter, and multi-instrumentalist hasn’t lost her folky luster. In fact, she’s simply sharpened it. Then, “On a Day Like Today” erupts from an acoustic intro into a Fearless-era Taylor Swift, slipping her own singular voice between the country-pop structure.

On a day like today, we would run through the fields where the wildflowers are, sings Stevens with an intoxicating sweetness. With a song depicting “being old and looking back at the life you lived with the person you love,” memories and “all the adventures you had together” burst at the seams against a wonderfully exhilarating backdrop.

Similarly, Stevens invites you into a soothing and immersive world just moments later. “The Rain Fell on Haikou,” packed with guitar and drops of rain, keeps the journey unexpected and griping, as she harkens back to a wildly successful 2019 tour in China. “We went to a little island called Haikou, which had something truly magical about it. When I got home I was talking to my co-writer Charlie Midnight about the trip,” she recalls. So, they wrote a song about it. “We wanted the banjo part, which is the same all the way through, to reflect the sound of the rain. We got caught in a huge rain storm before soundcheck, while at the beach, but it was a beautiful moment.”

A knack for detail, meticulously weaving a vibrant tapestry, is irresistibly evident with “The Cappuccino Song,” buzzing with the clinking of silverware and a soft hum of chit-chat. Co-written with and produced by Pete Woodroffe, the plucky, high-caffeinated track surrounds the listener with a bubbly love story. “A barista falls for a customer, and she drops clues by shaking a heart of chocolate on his cappuccino,” says Stevens, point-blank. “We really wanted the listener to feel like they were there in the cafe observing the situation play out. This is my ‘guilty pleasure’ song on the album.”

Strings ebb and flow, mournful ripples echoing across the record, on the title track. I have no need for solid ground, she sings in a whisper tone, angelic and freeing. While Stevens prefers the listener to extricate their own meaning, for her, the tender ballad centers around “letting go” and “being free of our human body,” she says, “and experiencing something greater and something magical. It can also be interpreted as being distant, feeling removed from society somehow. I am sure Lockdown had some influence on it.”

“I Still Miss You” arrives as the set’s most potent, a rumination on her mother’s death nearly a decade ago. Even though I say I’m fine / You are always on my mind, she sings. A delicate arrangement wraps like a warm fleece blanket on a cold winter’s eve, matching perfectly against Stevens’ own expedition in and out of her grief. “I have learnt so much from my grief,” she reflects, “that life can be so short, as generic as that sounds. It is something that never heals, but it can shape the person you become after, in a positive way if you let it. Now I want to live the fullest life I possibly can in her honour.”

“I was in the garden one day, watering my flowers, and I had a pang, the sort of pang that anyone can relate to if they’ve lost someone,” she adds. “It’s been nine years, but I heard myself say, ‘I still miss you, mum!’” And the crown jewel of the record was born. In that fleeting moment, the world came crashing down around her.

From a reimagining of America’s 1982 song “You Can Do Magic,” a low-riding smolder, to the teary, yet hopeful, closer “Keep Dreaming,” on which she pulls herself upright to continue the working musician’s march, Stevens’ Light Year (produced with Sam Rommer) moves, provokes, and seeks understanding in an often grim world. In part, the singer-songwriter positions herself for the well-earned breakout she was always destined to have.

“I’d be lying if I’d say it was easy. We all have knock backs. I’m still trying to grow and evolve as a human, let alone artist. At the end of the day, music is so important to me; it’s like the air I breathe,” she offers. “I just want to be authentic and write and sing music that touches people. I hope I’ll grow my audience by doing this, but I am also trying not to let it be the be all and end all to my own happiness or mental health.” 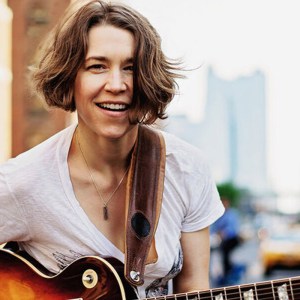 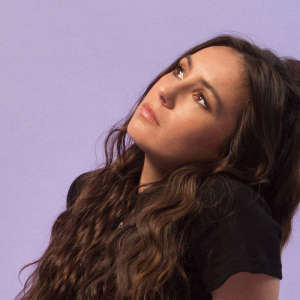