This article appears in the May/June “Blues Issue,” available now on newsstands.

Born Elizabeth Nevills in 1895 in Chapel Hill, North Carolina, Cotten was the youngest of five children. Even at the early age of 7, she was borrowing her older brother’s banjo, without his knowledge, and figuring out songs. But since he was right handed and she was left, Cotten turned the banjo upside down and taught herself to play in that fashion.

Other prominent musicians, most notably Albert King, have done that with guitar. Yet, since the banjo’s uppermost string is a higher pitched drone, her technique of playing guitar, when she finally bought one at 11 years old, was unique. She plucked the bass parts with her fingers and the melody with her thumb, picking one string at a time and alternating between treble and bass. Once she found fame, this would come to be known as “Cotten style” or “Cotten picking.”

Elizabeth married Frank Cotten when she was 15, and after having a daughter (ultimately her only child) and moving to a variety of cities, finally settled in the Washington, D.C. area.  However, as she spent more time in church, she was encouraged to give up her guitar, which she did for nearly 25 years. The story might have ended there if fate hadn’t intervened.

Cotten took a job in a Washington D.C. department store where she returned a lost little girl to her mother. That child was Peggy Seeger; her mom was Ruth Crawford Seeger and her dad Charles was a noted leader in the field of ethnomusicology. Because of this interaction, Cotten began working in the Seeger household. It took a few years, but the family took notice of their domestic’s singular guitar and refined vocal skills. In the late ’50s, Peggy’s brother Mike Seeger recorded Cotten on a reel-to-reel tape recorder which eventually became a 1958 Folkway’s album somewhat clumsily, if accurately titled, Elizabeth Cotten: Negro Folk Songs and Tunes. It was also available as Folksongs And Instrumentals With Guitar and later Freight Train And Other North Carolina Folk Songs.

That was the world’s introduction to the soon to be legendary singer/songwriter/guitarist’s rags, spirituals and especially the single string melody picked “Freight Train.” It was a tune Cotten wrote when she was 12 based on the trains she heard as a girl that kept her up at night, a wonderful example of her sparse and clean fingerpicking and simple, hummable melody. It has since become a folk/blues standard performed dozens of times by everyone from Joan Baez and Buddy Miller to Jerry Garcia. Recently, blues up and comer Gary Clarke Jr.  performed a version on the soundtrack to 12 Years A Slave.  It’s a song best described as timeless.

“Shake Sugaree,” ostensibly a children’s song, albeit a bleak one about pawning all your possessions for money, was also to become a sing-along standard. She wrote and recorded it in 1967 with verses partially provided by her grandchildren and was initially sung by one of them. It also turned into an evergreen, covered often with notable versions by Taj Mahal and Fred Neil and recently made an appearance on the first solo release from the Carolina Chocolate Drops’ Rhiannon Giddons. Cotten tells the story of that track’s origins on 1984’s Elizabeth Cotten Live!, a Grammy winner for Best Ethnic or Original Folk Recording.

Cotten’s 1987 death in Syracuse, New York, at the age of 92 silenced her voice but her legacy lives on in her innovative guitar method, sweet folk/blues/ragtime music along with a variety of performances easily accessed on YouTube. They show that her subtle, enormously influential guitar and banjo abilities and easy way with dusky, rustic songs were only eclipsed by her charming and humble personality. 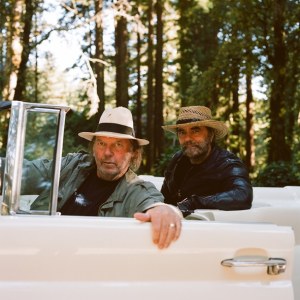 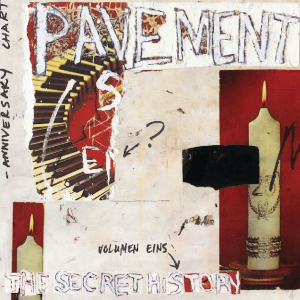