In the late ’50s, a little-known songwriter named Berry Gordy took $800 he scrounged together from family and a few paltry royalty payments to found Tamla Records—better known at Motown Records. Today, the name Motown has transcended the company itself and instead has come to represent an entire era where Black recording artists were pumping out hit after hit.

Gordy first set up shop at a house in Detroit, which soon became dubbed “Hitsville U.S.A.” Names like Marvin Gaye, Diana Ross, Smokey Robinson, Michael Jackson, and Stevie Wonder among others were giving the mainstream a shot of soul from inside the seemingly innocuous venue.

Let’s take a trip to Hitsville and go through just a few, among a long list, of enduring tracks from Motown. From Marvin Gaye to The Supremes here are 10 must-know songs from that golden era.

I’ve got sunshine on a cloudy day / When it’s cold outside / I’ve got the month of May, David Ruffin sings in “My Girl.” Much like the opening line, the song itself is a mood booster of little parallel. A rolling beat accompanied by a serene five-part harmony.

The song was written by Smokey Robinson and was originally going to be performed by him and the rest of The Miracles. But after some persuasion from Ruffin’s bandmates, Robinson gave the song over to The Temptations, securing their first No. 1 single.

2. “The Tracks of My Tears” (Smokey Robinson & The Miracles)

Like many Motown songs, “The Tracks of My Tears” quickly became a standard within the scene in Motor City. Penned by Smokey Robinson, Pete Moore, and Marv Tarplin (and originally recorded by their group The Miracles), the song has been inducted into the Grammy Hall of Fame and was featured by the Recording Industry Association within their “Songs of the Century” list.

Robinson recalled the origins of the song: “‘Tracks of My Tears’ was actually started by Marv Tarplin, who is a young cat who plays guitar for our act. Tarplin’s guitar licks at the song’s intro are among the most famous in pop music history.”

Motown music typically comes in two breaths—either a whistful break-up tune or a buoyant ode to a lover. “I Can’t Help Myself (Sugar Pie Honey Bunch)” falls under the latter category. From the very first note of this song, it’s impossible to not, at the very least, tap your foot along or do a little shuffle in your seat—I’m doing it right now.

The honeyed lyrics of the song are made even sweeter by lead singer Levi Stubbs’ smooth vocals: Sugarpie honeybunch / You know that I love you / I can’t help myself / I love you and nobody else.

Stevie Wonder secured his first two Grammy nominations for “Uptight (Everything’s Alright).” It was a watershed moment for Wonder in more ways than one actually. Around this time, Gordy and Wonder were worried his maturing voice (15 years old at the time) was going to affect his standing at Motown. Despite their concerns, it turns out Wonder was better than ever with a new mature sound to match his new vocals.

Even for the most casual Motown fan, it’s safe to assume that you are familiar with The Supremes. One of the most iconic groups from the era, the trio delivered a number of world-class hits for the label. With Diana Ross at the helm, songs like “Stop! In the Name of Love” and “Where Did Our Love Go” were made classic American standards.

Another one of their most famed track, “You Can’t Hurry Love,” saw the group take a turn toward more mature themes and arrangements. A classic through and through, you can’t say the chorus to this one hasn’t gotten stuck in your head a time or two.

One of the hit-making machines of Motown is the trio of writing partners Holland–Dozier–Holland. Recorded by a number of artists, “How Sweet It Is (To Be Loved By You)” became a hit over several decades. James Taylor delivered a No. 1 version of the song in 1975 but Marvin Gaye first brought the song to fame 10 years earlier.

A classic duet, “It Takes Two” touches on the things in life that are better with a partner by your side: dreams, love, and wishes. Before Gaye recorded “Aint No Mountain High Enough” with Tammi Terrell (more on that later), “It Takes Two” was his most successful duet single to date.

8. “I Heard It Through The Grapevine” (Glady’s Knight & The Pips)

Though many know “I Heard It Through The Grapevine” from Marvin Gaye, the first version of the track came from Glady’s Knight & The Pips. Knight’s robust vocals carry the iconic melody as heartily as ever as she wails out Boy take a good look at these tears of mine / Baby, baby these tears I can’t hold inside.

Both Knight’s and Gaye’s versions of this song made traction on the charts and are a testament to the enduring quality of the Motown songs themselves.

9. “I Second That Emotion” (Smokey Robinson & The Miracles)

For yet another Robinson penned track, “I Second That Emotion” was a hit for both himself and The Miracles and later The Supremes. I do believe that that would only break my heart / Oh, but if you feel like lovin’ me / If you got the notion / I second that emotion, Robinson sings in the song’s chorus. Simple yet touching, the song is insatiably catchy and quintessentially Motown.

You’d be hard-pressed to find someone that doesn’t know at least the melody to “Aint No Mountain High Enough.” The carefree, danceable duet between Gaye and Tammi Terell has gone to be inducted into the Grammy Hall of Fame. Its placement in countless movies, TV shows, and other tenets of pop culture has secured its lasting appeal—making it a hit both then and now. 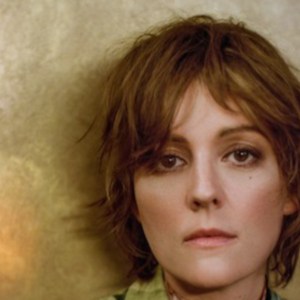