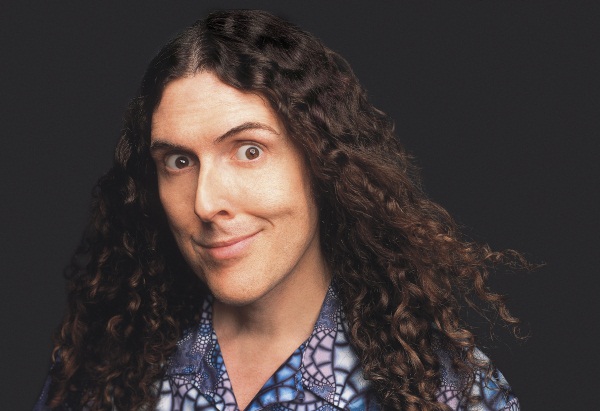 It is probably a pointless exercise to try to find the place in history where comedy and music first intersected. Music is an expression of emotion, and laughter is one of the chief needs of human beings. There have been comic operas, satires sung at medieval carnivals, ribald folk songs, naughty crooners, country puns, rock and roll novelty songs, and funny hip hop. Mozart composed a canon called “Leck Mich Im Arsch,” which loosely translates to “Lick My Ass,” in the 18th century. Today, LMFAO sings party anthems accompanied by a guy with the box on his head.

The first funny song? “It was probably that time when Ogg the cave man started singing about how funny Noog the cave man looked when he wrapped himself in an animal skin for the first time, instead of going naked like all the other cave men did,” says Dr. Demento, who has been introducing the world to funny music on his radio show since 1970.

Dr. Demento mentions “Yankee Doodle” and “Yes, We Have No Bananas” as early forerunners to modern novelty songs. “Yankee Doodle” became popular during the American Revolution, though it was most probably written years before. Originally sung by British troops to lampoon Americans, Yankee troops assimilated it as an anthem.

Skipping ahead roughly 150 years, “Yes, We Have No Bananas” was a smash in 1923 for Eddie Cantor. “[That] was one of the first novelty songs to be spread by mass media – the phonograph and the newly invented radio,” says comic songwriter Red Peters.

Minstrel shows and vaudeville helped spread the popularity of novelty songs. Then radio, film, and television allowed for a greater shared experience and familiarity, making it possible to reach most of the country immediately. People got to see the Three Stooges sing “Swingin’ The Alphabet” in the 1938 film Violent Is The Word For Curly and Groucho Marx perform “Lydia, the Tattooed Lady” in At The Circus. Spike Jones’ radio show reached millions after his “Der Fuerher’s Face” debuted in the Disney cartoon Donald Duck In Nutzi Land.

Novelty songs ranged from innocuous to pointed and bawdy. Tom Lehrer sharpened the satire in the late ‘50s and early ‘60s with songs like “Vatican Rag” and “Poisoning Pigeons In The Park.” Rusty Warren and Pearl Williams were racy and edgy in the early ‘60s with albums like Knockers Up and A Trip Around The World Is Not A Cruise. Allen Sherman had one of the biggest novelty records in 1963 with the summer camp anthem “Hello Muddah, Hello Fadduh.”

Rock and roll, country, and folk artists not primarily comic scored big hits in the ‘60s and ‘70s with songs with a sense of humor. Johnny Cash recorded Shel Silverstein’s “A Boy Named Sue” and The Kinks released “Lola” in 1970. Comedian Rudy Ray Moore pioneered a rapping and risqué style on his debut album Eat Out More Often with a spoken word track called “Dolemite.” Frank Zappa satirized the flower children and bundled classical music, blues, doo-wop, and rock together with an incisive wit.

And the comedians returned the favor with parodies. The National Lampoon skewered the Woodstock generation with their musical stage show Lemmings. Eric Idle and Neil Innes took on The Beatles with The Rutles. Christopher Guest, Michael McKean, and Harry Shearer created the blueprint for mockumentaries in the merciless treatment of hard rock and heavy metal in 1984 with This Is Spinal Tap.

In the ‘80s, “Weird” Al Yankovic became the gold standard for musical comedy. He wrote his first rock parodies in the ‘70s, and gained notoriety in 1979 with “My Bologna,” his take on The Knack’s “My Sharona.” Michael Jackon’s “Beat It” became “Eat It,” etc. And he’s still at it. Yankovic released Alpocalypse in 2011, covering Lady Gaga, Taylor Swift, Miley Cyrus, Bruno Mars, and T.I.

New methods of distribution have boosted the visibility of parodies and some funny songwriters. A search for any popular song on YouTube is bound to bring up a number of amateur knockoffs.. Saturday Night Live jumped on the bandwagon in 2005 with its Digital Shorts, starting with “Lazy Sunday.”

These days, Dr. Demento and Red Peters have no shortage of new music to feature on their shows. Tenacious D, Garfunkel and Oates, and Reggie Watts all have new albums out, and Flight of the Conchords have gotten back together to tour in New Zealand. Jimmy Fallon’s Neil Young and David Bowie parodies are some of the most popular bits on Late Night. On a grass roots level, Jessica Delfino launched the NY Funny Song Fest in June.

Any overview of humor in music is bound to be incomplete, as is this one. No doubt, many readers’ favorite artists, some hugely influential, had to be left out for space. We’d refer you to Mozart, but that would just be rude. 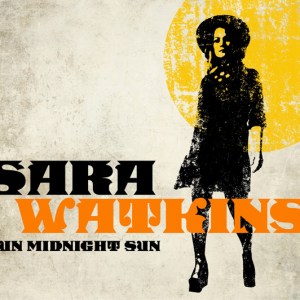 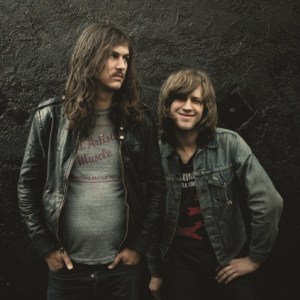