Gab De La Vega released his new album, “Beyond Space And Time”, on January 24, it was his third full-length album and it’s the first to be full-band arranged. It follows his debut full-band effort, “I Want Nothing”, which came out in 2017.

The Italian-born artist took a look at his own collection and picked five tracks to break down for us.

Check out what he though of his own work.

Phoenix From The Flames

Life can kick your ass very hard sometimes. There are moments when you feel overwhelmed and can’t take it anymore, when you feel like it’s having the best of you… but still, despite all the low blows and everything that life has been throwing at you, those are the times when you can find your real strength deep down, get back on your feet and fight back. It’s a song about being strong, fighting back and having the last say no matter how loud the hardships of life scream against you.

Story of a Human Being

I live in Italy, a country which has been place of origin for migrations in the past and now is a destination for many people seeking a better life or even just survival, since they would face torture, persecutions and death in their own countries.

If you turn on the news you often hear about people dying at sea, trying to flee their countries to reach the closest safe shores, which in most cases are the Italian ones. The more you hear about this, the more the news sounds like numbers and statistics, but we’re talking about people, human beings, just like us, who tragically lost their lives just because they were born on the “wrong” side of the sea.

I wrote this song in the attempt of giving voice to a person whose only chance to live a full life is to go through such a dangerous journey. I tried to put myself in their shoes, having heard many stories, a few times firsthand. I remember a refugee from Central Africa I met in Germany a few years ago; he told me his story and in the meantime he was showing me the pictures of his sister, who was murdered by political opponents in a cruel civil war. He couldn’t save his family, but he managed to escape.

I hope this song will help people understand what it means to go through such a devastating experience. And that sometimes, too often, people die just because they are trying to survive.

YYZ is about feeling lost and disoriented in life. It’s about the need to find your place in the world. The moments in which you have to make decisions that might change everything, without having a clue of what the outcome might be. It’s about the daily struggle to steer your own life and at the same time accept that you don’t have full control of everything that happens to you. The song lyrics refer to a summer afternoon two years ago. I was walking in downtown Toronto, chasing my thoughts in the alleys of my mind. At one point I looked around and I realized my feet took me astray. I had to figure out where I was. I was kind of lost, literally… and metaphorically.

We’ve Already Seen All This

It seems to me that lessons that should have been learned decades ago are still not very clear to many. We’ve already seen how fascist regimes can tear entire societies apart. Italy has seen it, for about twenty years of fierce dictatorship. Yet, there’s still people out there asking for such absurd ideologies to come back. Fascism is a sneaky beast nowadays. It’s never too explicit, it assumes forms that are appealing to the masses. It comes in disguise, it claims to be an easy solution to all problems, but the way it works is only to incite people to blame others who are living in even worse conditions, while a few take advantage of this situation.

Nothing good can come from hateful ideologies. We’ve already seen all this. Abuse, discrimination, segregation, fear, dominance. We need to substitute them with equality, solidarity and a sense of community in which all of us, with our differences and identities can contribute.

I guess I can say that I Still Believe is a song about trust and faith. Trust in the next generations, to be able to continue what we can’t finish, to pick up our fight and make this world better, where we have failed to do so. Faith in the future, in what comes next, despite it seems to be very uncertain.

It’s easy to complain about the next generation, but isn’t it the same thing that everyone has always been doing?

We’re living dark, uncertain times. The future doesn’t seem to be so bright anymore. Everyone seems to be about to throw in the towel. But I think we need to have a little faith, keep doing our part, the best we can and trust in ourselves and in the younger generations to pick it up and do what’s right. 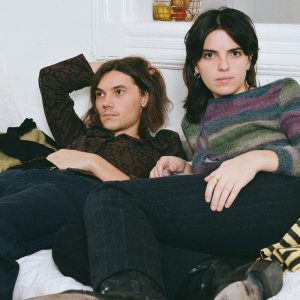 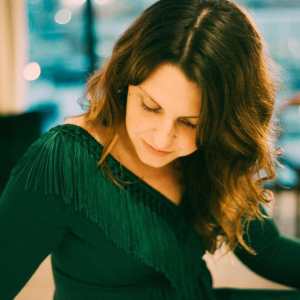