Just after he announced news of his engagement and impending fatherhood, Austinite Gary Clark Jr. got busy recording tracks at Austin’s Arlyn Studios for the follow-up to his just-released double album, Gary Clark Jr. Live. But first, he had to record something else there: the pilot of a new TV show titled Inside Arlyn Studios, hosted by Willie Nelson and taped in the living room-like studio operated by Willie’s nephew Freddy Fletcher and Lisa Rainey Fletcher.

Last week’s taping actually was episode two; episode one featured performances by Nelson and Merle Haggard, plus an interview by Dan Rather. The series doesn’t yet have a broadcast home, but negotiations are under way. Considering that another performance series Nelson helped launch — Austin City Limits — just celebrated its 40th anniversary, odds are good for its future.

If subsequent tapings capture a fraction of the understated magic flowing through the air during this pairing, there’s little question it’ll be a hit. With virtually no separation between the audience and players, who were elevated only by inch-thick Oriental rugs, the intimacy level was house-concert, not club venue. The cocktail-sipping group of about 100 consisted mainly of friends and family members; Willie’s sister and Family Band pianist (and Freddy’s mom), Bobbie Nelson, shared a couch with her daughter-in-law, Phyllis Fletcher, and with Clark’s parents. Susan Antone, sister of the man who first put Clark onstage, the late blues club owner Clifford Antone, sat between them. Others tucked themselves onto floor cushions or clustered around pub tables; no one was more than 10 or 15 feet away from the performers. Candles glowed through the control-room windows and hanging globes provided soft light for unobtrusive videographers.

Standing in the same room where his mother had serenaded restaurant diners in 1966, Freddy Fletcher explained Willie had encouraged him to turn the former Austin Opera House into the original Arlyn Studios, named after his father, in 1984. Several iconic artists from Stevie Ray Vaughan to Marty Stuart graced its hardwood floors before it became a recording school for 10 years. In 2012, the Fletchers, with Austin restaurateur/club owner Will Bridges and T. Murphey, reclaimed and remodeled the studio, fusing its vintage API mixing board and a vintage Neve board from Willie’s Pedernales studio into what seems like the world’s longest console.

“These walls are nothin’ but music,” Fletcher said as he introduced Nelson and Clark, backed by bassist Johnny Bradley, drummer Jay Moeller and Family Band harp player Mickey Raphael. As Nelson softly sang the melody to “Rainy Day Blues,” Clark stayed in the background, deferring to the revered elder statesman as Nelson displayed still awe-inspiring dexterity on Trigger, the beloved Martin acoustic that survives despite being so battered that lesser players would have abandoned it ages ago.

Today, it’s as much a testament to staying power as Nelson is. Watching Clark play second-fiddle to Nelson’s blues moves as they eased into “Night Life,” everyone in the room clearly recognized just how special the moment was. Finally, Nelson passed the torch, so to speak, with a simple, “Play it, Gary.”

And he did, offering the first of many gorgeous, seemingly effortless string symphonies on his brick-stained ’66 Epiphone Casino. As he took over the set, Clark admitted, “I’m a little nervous. It’s kind of a big deal.

“Thanks for lettin’ us mess up your song,” he joked to Nelson before launching into “Catfish Blues.” If he really was nervous, he hid it well; Clark’s so chill, he simply oozes a loose, relaxed cool. Dressed in black, a patterned scarf draped around his neck, he subtly stepped into his solos, like a boxer might, dodging and feinting with his feet, or simply dipping a shoulder for emphasis after peeling off a flurry of notes. He’d never do a duck walk or rooster strut; his long, thin fingers deliver all the fancy moves he needs as they dance like web-weaving spiders across his strings.

At 30, Clark has learned to enjoy performing as much as he enjoys playing, and with that, he’s finally reached the world-class potential Clifford Antone recognized in that string-bean teen. The sweet grooves Clark conjured on this handful of blues classics felt just right, as right as the smoothness in his voice as he sang Albert Collins’ “If Trouble Was Money.” The line, “Well, my mother used to tell me, she said boy, there’d be days like this,” carried some irony — his mother was sitting right there, grinning with pride while watching her son have a very good day, in a very good year — but he still managed to convey every bit of its original blues power, further confirming his own.

“I’m still kinda trippin’ out. This is crazy,” Clark said as he slipped into the fuzzed-up rawness of “Don’t Owe You A Thang.” Then, as he might have done in his own livingroom, he said, “I’m gonna turn it up a bit, if that’s all right,” before dropping a slide on his pinky for Elmore James’ “Please Find My Baby.” As he played that final song, Trigger holstered on a stand just feet away, the awareness dawned that Clark’s most beloved trait just might be one he shares with Nelson: humility. And in the end, that’s what makes them both such badasses. With or without guitars in their hands. 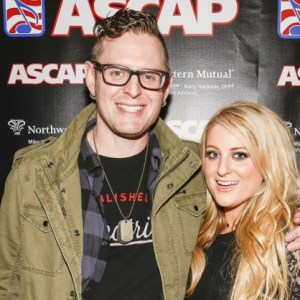 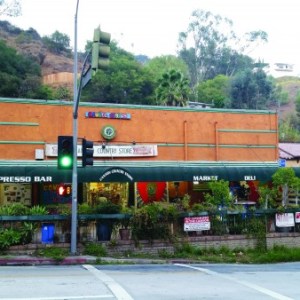