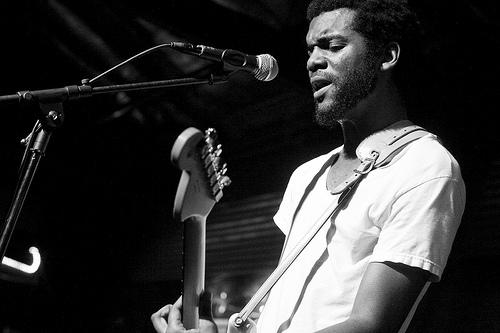 The word “awesome” just doesn’t fit as a description of Gary Clark Jr.’s talents. But these days, it’s impossible to watch him perform without a sense of awe — that all-too-rare feeling of awareness that you’re witnessing someone truly special. An artist who can still startle you — and move you — no matter how many times you’ve seen him or her; who makes magic without relying on fancy choreography, complicated staging, costume changes or rock-star moves.

Clark has no need for strutting, showboating or dramatic, guitar-flinging exits. He delivers enough drama with just his voice and his fingers, both of which move effortlessly from sweet high notes to deep, gutteral lows. The evidence, for those who haven’t yet witnessed him performing live, will be visible on Oct. 31, when PBS’ venerable music series, Austin City Limits, airs the Clark segment taped Aug. 24 at ACL Live at the Moody Theater.

Clark’s first taping as an ACL headliner was not quite three years ago, on Nov.30, 2012. What a difference a few years makes. Last time, he seemed nervous — understandably so, as he was realizing a nearly lifelong dream in front of a hometown crowd. He also was still working on pinpointing his musical strengths and developing his songcraft, not to mention learning to deal with his rising stardom. But this time, Clark stood before his adoring audience as a completely relaxed, self-assured man, happily sharing his talents while still conveying the humility that makes him an even bigger hero to his fans.

To say those talents seem to grow exponentially is not an exaggeration; those of us who have witnessed his evolution from shy local phenom to Grammy-winning superstar know how lucky we are to have watched him fulfill his artistic promise — and to cheer him on as he reaches higher.

But Clark’s ease onstage also reflects his offstage contentment; he and wife-to-be Nicole Trunfio are madly in love with each other and their new baby, Zion Rain. He sang about it in “Our Love,” one of several tunes Clark performed from his new album, The Story of Sonny Boy Slim (releasing on Sept. 11). In a falsetto so full of Philadelphia soul, it could earn him an honorary birth certificate, he sang simple lyrics, then drew in deep-throated horns and a pair of backing vocalists. But as always, his fingers delivered the song’s most eloquent moments.

“BYOB” also sounded as if it came right out of soul’s heyday, but any retro influences he incorporates are never overdone; Clark always bounces into his own groove, as he did with “Hold On,” another tune on which he employed the soul falsetto/horns combo before slipping into funk, then blues. The song’s musical complexities add even more depth to its subject matter: a subtle lament about racism and violence that ultimately chimes a note of hope.

Playing his Gibson SG 1961 Les Paul Tribute, he laid down a gentle intro, then clipped into the chunka-chunka blues of “Bright Lights,” his “you gonna know my name” hit.

“I like this. I like this,” he said, before “Ain’t Messin’ Around,” on which he employed a noteless wah-wah effect that soon became chords, then flurries of fingerwork. But as he confirmed on “When My Train Pulls In,” Clark never wastes notes; he might shred a bit, but never for too long before stepping out of his reverie with a little shoulder roll or reggae-dance shuffle, leaning his lanky body into his rhythms.

A man of few words onstage, Clark said, “I’d love to get low and sexy real quick,” as he pulled out an actual reggae groove on “Cold-Blooded.” Then he went for a surprising change of pace, sitting at a keyboard to perform the pretty “Wings” while Zapata took over on lead guitar.

Clark’s blues prowess again came to the fore on the aptly titled “Grinder,” on which he dripped some feedback, then sent his long fingers cascading over his fretboard as he jammed with the band.

All but Radelat and the vocalists left the stage as Clark strapped on his signature-model Blak & Blu Epiphone Casino and a harmonica rack for “Church,” a stunner of a song that might be even more so on acoustic. He followed it with “The Healing,” a gospel-graced confessional in which he testified about the power of music.

With each run, each song, whether expressing his retro-soul love or a flying through a blue-note lightning storm, the evidence mounted that there’s no point trying to compare Clark to his formidable predecessors or foundational influences. He pays respect, but you don’t listen to him and hear imitation, as is the case with too many blues-trained players. It took him a while to come completely into his own, but now even Buddy Guy, whose been known to claim everybody ripped him off, bows down.

As the audience stood — not to leave, but to demand an encore — a man in a grey ballcap stood with them. For a brief second, he looked like Clifford Antone, the beloved papa-bear club owner who mentored Clark and so many other legendary Austin players. Antone’s spirit was definitely in the house that night — and not just because his sister, Susan, had presented Clark with a custom-made guitar bearing Antone’s likeness, or because Clark is part of the group planning to resurrect the club.

No, it was because Clark draws forth that spirit — along with those of Stevie Ray and other departed six-stringers Antone so loved — every time he plays. 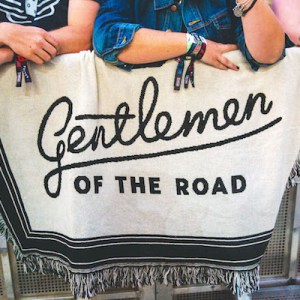 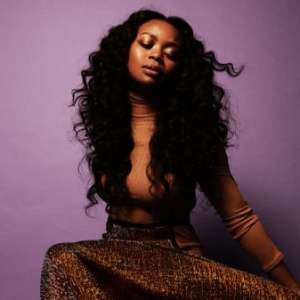