If you think you know “God Bless The U.S.A.,” Lee Greenwood’s timeless song of patriotism, think again. Greenwood has teamed with the long-running country vocal group Home Free and the United States Air Force for a stunning a cappella version of the song that’s just been released. As we head into the Fourth of July weekend, the timing for such a stirring message couldn’t be more appropriate.

American Songwriter had the chance to speak to Greenwood and Home Free’s Austin Brown about how the recording came together. “I really appreciate their music and their work,” Greenwood says of Home Free. “They’re such a great cover group and I know that they had recorded my song before and sing it in their show. When we were talking about collaborating not just with Home Free but also with the United States Air Force singers, I thought, well this is really a positive for the Fourth of July, being we’re not working. I think the common thread in Nashville is if Lee Greenwood doesn’t sing ‘God Bless The U.S.A’ on the Fourth of July, take the flag down. So we really wanted to make sure we had a virtual performance. It was just a great opportunity for me.”

Brown explains that Home Free was thrilled to have Greenwood agree to join them for the project. “This is a song that Home Free has been singing for, quite literally, its entire existence, for over twenty years now,” he says. “We closed the show for probably 15 years straight with this song. Now we save it for special occasions or if we do a function for veterans or that sort of thing. It’s almost like a secondary national anthem for this country. When we sing this song, everyone in the audience, no matter where we are in this country, everyone stands up. It’s one of those songs that’s gonna be here forever. It’s going to be in the American culture forever. And the opportunity to do this with a legend like Lee Greenwood, the original artist, the guy who wrote this song, it doesn’t get any better than this.”

With all the stunning voices on hand to record, there was no need to bring in any instrumentation. “I really admire the fact that we did this a cappella,” Greenwood explains. “When you have great singers, who can stay in pitch and deliver really artistic performances, uninterrupted by acoustic sounds, there’s a little magic to that. As I was listening to the track and singing along to their voices, I’m cognizant of the fact that there are no drums and no bass. And I thought this was cool, because I really could hear the crispness and the treble end of the spectrum, audio-wise. Immediately, it gives you new ideas. It allowed that little click in my head to say, ‘You can do something different here.’”

As the musicians worked to put together all of the myriad vocal parts, Greenwood provided the foundation. “When we brought Lee into the studio, we weren’t sure who was going to sing which part,” Brown explains. “So we just had Lee sing the whole song, and it really floored us. Lee has sung this song sort of one way for so many years. And then when he was singing it with us, he sort of got to reinvent it. He was able to answer himself in places where he wouldn’t normally do that.”

Greenwood was also quick to praise the contribution of the Air Force singers: “I’ve worked for the USO for many years and worked with the United States Air Force. These singers from the Air Force, they are every bit professional quality. They’re the best I’ve ever heard.”

Brown said that Home Free’s experience with “God Bless The U.S.A.” made him understand just how relevant it is today. “It’s a time where’s there’s just so much fear, so much discord,” he says. “We have so much drawn between us and so much information coming from so many different sources. Home Free’s goal, when we’re picking a song and singing a song, we’re trying to sow love into this world. We’re trying to sow unity.”

“When people come to our shows, when we were fortunate enough to have them, they were coming for an escape. They’re coming to forget about the rest of their troubles and to enjoy the music and to enjoy the experience of losing themselves in that moment. Even though this may not be a full show, it’s a song that transcends time and has the potential to bring us all together. Because the words speak to something that everyone can relate to if you just open your heart to it, regardless of your political, religious, ethical, or moral beliefs.”

As for Greenwood, the new recording had him thinking about the song’s opening lines, which reference the possibility of someone losing everything yet still believing in their country. “I was raised on a farm in Sacramento, California by my grandparents,” he says. “And because of grant subsidizing to the Russians during the 50s, my grandparents weren’t allowed to farm and it pretty much made them go belly-up. And that’s why I wrote those lines. I watched it happen. I watched my family crumble with economics.”

“And it’s very similar to today. The magnitude is so far-reaching, it’s almost unbelievable. With no shows during the Fourth of July weekend, not since I was 12 have I been told I can’t work. And I’m afraid to work because I’m at risk. It’s just a really weird time. I wrote my lyrics specifically to be timeless. I had no idea that they’d be applicable at such a critical juncture.” 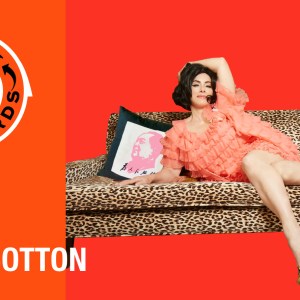 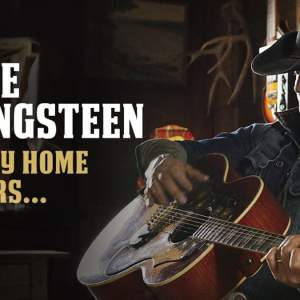