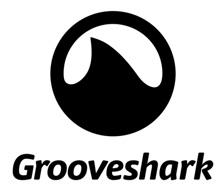 With more than 5 million users, Grooveshark, a user-sourced streaming and music discovery website and mobile app, has drawn the ire of the record labels. EMI filed for copyright infringement with the company in 2009, and UMG followed suit in 2010. While Grooveshark was able to come to terms and ink a licensing deal with the former, the Universal suit was succeeded rather closely by the Grooveshark app’s removal from Apple’s App Store.

Now, in an open letter from Grooveshark’s Paul Geller published on Digital Music News, the company contends it’s “legal,” though not necessarily “licensed” in all cases.

The letter comes as a response to Google, who removed the Grooveshark mobile app from their Android Market on April 6. When Grooveshark’s app was initially removed, many speculated it was yet another result of the labels’ strong-arming music tech start-ups. The action from Google also come at at time when the search giant is trying to negotiate licenses for its own music service, and is probably looking to tighten up any loose legal ends, (though recent reports hint that Google is heading “backwards” with their own label negotiations).

Last December, Grooveshark rolled out updates to its subscription plans with the $9.00 a month “Anywhere” and $6.00 a month “Plus” plans. Both plans eliminate ads, while Anywhere adds mobile usage to the plan.

Geller invokes the DMCA’s Safe Harbor guidelines and draws parallels between YouTube’s user content and Grooveshark’s. Chiefly, he says the DMCA allows technology companies to explore and “innovate” in hopes that one day they’ll help solve (i.e., monetize) music on the internet.

Geller also points out the steps that Grooveshark is taking to move towards legitimacy in the eyes of content holders. They pay out to ASCAP, BMI, and SESAC, as well as some performing rights collectors elsewhere in the world, and have recently signed with the international rights distributor, Merlin, which represents indie catalogs like Merge, XL, Rough Trade, and Warp.

“There is a distinction between legal and licensed,” writes Geller. “Laws come from Congress. Licenses come from businesses. Grooveshark is completely legal because we comply with the laws passed by Congress, but we are not licensed by every label (yet).”

It’s a tough position to put the music industry in. Essentially, Grooveshark is trying to buy time and asking the RIAA, record labels, and other parties who are beholden to the labels (Google, Apple) to turn a blind eye in hopes that soon enough things will be sorted out. That’s not the kind of leeway the record industry has typically allowed.

Still, it’s a shame to see a popular service like Grooveshark, which, if not always on solid legal footing has surely been doing much in its power to innovate within legal guidelines, receive this sort of treatment in the marketplace. 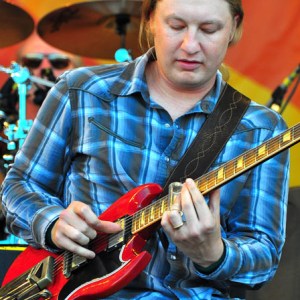