Having taken Nashville by storm on her 2020 breakthrough album The Dream, Hailey Whitters easily could have focused her next batch of material on her sudden exposure to the limelight as an in-demand songwriter turned star artist. Instead, she went back in time to look at her Iowa roots on Raised, which arrived Friday (March 18) along with a new video for the track “Boys Back Home.”

On Raised, Whitters, along with her co-writers and musical collaborators, put together a song cycle about growing up in a small town that’s refreshingly clear of cloying clichés and captures, with lived-in details, the triumphs and heartbreaks of her Shueyville, Iowa upbringing. If her previous record was all about her rise, this one explains what propelled her on that ascent.

Whitters took the time to talk to American Songwriter about making the new album, what people misconceive about the Midwest, and how the folks back home might receive these songs that they helped inspire.

American Songwriter: The Dream was a kind of out-of-nowhere success, a self-funded project that ended up receiving a lot of positive attention. Did you feel any added pressure making this record to meet expectations?

Hailey Whitters: I think I was very lucky with this process the second time around because I had recorded six songs for this record in the Winter of 2019. It was a blessing in disguise, I guess because The Dream wasn’t even fully out. I really was able to just mentally focus fully on this record and try to create it as best as I possibly could. There wasn’t a whole lot of external pressure. And if there was, I guess I just didn’t really let it get to me. Because I felt so confident with what this record was about. I think if I would have sat around and twiddled my thumbs for a little while and thought “What next?”, I probably would have been in bad shape. But, luckily, I was already focused on this record, so I just kept going.

AS: Did you always know that you were going to base a whole album on your hometown, or did the songs dictate it?

HW: The songs pushed me in that direction. I feel like “Heartland” (from The Dream) was kind of the mustard seed that opened the floodgate of talking about home for me. In hindsight, I can look back and see that maybe that’s where it started a little bit. Before The Dream had come out, some of these songs on Raised had already been part of that session back in 2019. Once I did that session, I started realizing this record is about where I came from.

AS: Since you had those songs in the bag, were you then more conscious about sticking to the theme?

HW: I was. I never like to control the co-write. I like to open it up and see what happens, what’s in the room that day, what people are inspired by. But I would definitely say that once I had a direction, I would come in with a bunch of ideas about that.

AS: Speaking of co-writers, there are some major names here, like Lori McKenna, Rodney Crowell, Brandy Clark just to name a few. Do those folks help you to bring your best to a session?

HW: 100 percent. Those are all heroes of mine and people that I really respect. So I want to come into the room and carry my weight and try to belong in the room. I mean I try and be on my A-game every day, but I definitely want to prove myself to those writers and to make them think that I am worthy of being in the same room?

AS: As someone who comes from a small town myself, I felt that these songs captured that experience very well, telling it like it is without either over-sentimentalizing or demonizing it. How important was that to you?

HW: That’s very important to me. I consider myself more of a people-watcher, a documentarian, more than me putting in my own personal opinions about things in my songs. I try and document them with as much accuracy as possible when I see them. The special thing about this record is a lot of it is me going back to my memory and what stands out to me about where I grew up. I’m sure there are actually points where I’ve slightly romanticized things. I think that’s what’s kind of cool about this record is it’s a trip back to what I remember about my childhood and growing up. I hope that it celebrates that because when I look back, I think that I had a really great childhood.

AS: You had a very specific experience growing up in Iowa, but I feel like these experiences could certainly apply to people from small towns everywhere?

HW: I hope that’s the case. It’s similar to when I moved down South. I remember people saying, “Oh, you’re not country, you’re from the North.” The scenery may be different up there. It’s a little more cornfield and dirt-rock road than it is red dirt and kudzu vines. But it’s still country up there. I think that the record is heavily leaning on being from the Midwest and the heartland and stuff like that. But I hope that there are universal elements to it because I really think that it’s different scenery, but it’s kind of the same thing. And I hope everyone can tap into that.

AS:  Tell me about the song “Pretty Boy,” which is a really touching tribute to outsiders and kids who feel they might not fit in with the crowd.

HW: I grew up in a very rural part of the country. I have three brothers, I have a lot of boy cousins. Growing up, even for us girls too, it’s the kind of tough-headed, be strong, don’t cry, crying is weak mentality. I think that can be great in some respects, but I think it can also be quite damaging, seeing instances where it can be particularly damaging to boys. I remember my Dad telling me one time that vulnerability is a strength. People might think the opposite, but it’s actually a very courageous thing to show. I just wanted to make sure that those boys heard that message. I think that’s important. It’s a song for them, telling them that it’s a strength to be vulnerable and to show somebody who you are.

AS: Why did you choose “In A Field Somewhere” as the closing track? Was it about that phrase summing up all of those experiences you detail on the record?

HW: I didn’t pick up on that, but I love that you did. For me, that last verse in that song talks about when I die, put me in a field somewhere. And it felt like the ending note, I guess, to the entire record. But when you said that, it made me think it’s all back there. When I tell people I’m from Iowa, people are always like, “Oh, what’s up there? Just cornfields?” I think that song is so smart, because I did learn how to drive in a cornfield, and I did get engaged in a cornfield, and it’s where I used to go streaking with the boys from school and drank beer for the first time, and all this shit. To a lot of people, it looks like just corn, but it’s a whole lot more than that to me. That song is kind of laughing at that image, but also saying it ain’t all just about corn up here.

AS: Are you excited for the folks from Shueyville to hear the record?

HW: I hope that they’re happy with it. I’m kind of nervous. Someone asked me the other week, “Has anyone in your hometown or family heard this record?” I had to think about it. I was like, “Man, I don’t know.” We shot a lot of the “Boys Back Home” video at my Aunt’s farm, so they heard that song and they really liked it. But I hope that this record makes the people back home proud. I certainly meant it as a celebration of not just where I come from, but also small towns all over. They’re a big part of the reason I’m here in Nashville today. This was meant as a love letter to them and where I come from and the people that have inspired me along the way. And no matter where they came from, I hope that everyone can listen to this record top to bottom and have something that triggers a positive memory. 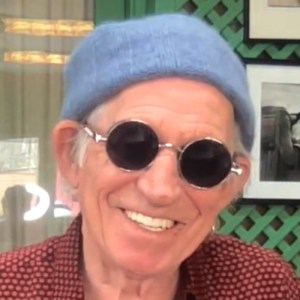