The very first time Hamilton Leithauser met Rostam Batmanglij, he realized the two musicians had a special chemistry. For one, there was an easy familiarity between the duo, both of whom grew up in the Washington DC area in the ’80s and ’90s. Moreover, Leithauser was a huge fan of Batmanglij’s group Vampire Weekend, and Batmanglij, likewise, an equally ardent fan of the Walkmen, the band Leithauser had fronted for the past decade-plus.

“It’s funny how that worked out, because that never happens: We were a perfect match,” says Leithauser, during a recent interview to promote I Had a Dream That You Were Mine, his inaugural album with Batmanglij. The album, recorded over the course of two years of collaboration between the two, is an expansive collection of sounds and styles that somehow bears the signature sonic and lyrical landmarks of both the Walkman and Vampire Weekend.

The first time Batmanglij and Leithauser met, Leithauser was in the process of recording Black Hours, the debut solo album he released in 2014 after announcing, the previous year, that the Walkmen were going on an indefinite break. At one point, in the midst of discussing their favorite John Lennon and Bob Dylan records, Batmanglij asked Leithauser if he’d like to try working on a song he had been playing around with.

“He had a musical layout of some parts, and I had vocals and melody and word ideas, and some song construction ideas,” says Leithauser. That song ended up becoming “1959,” a starry-eyed lullaby with guest vocals from the Dirty Projectors’ Angel Deradoorian that would wind up, several years later, concluding their joint debut album.

With its 1940’s American songbook influences, “1959” represents just one of several genres that Leithauser and Batmanglij draw from on I Had A Dream. While lead single “A 1000 Times” quotes the main melodic hook from the ’60s folk standard “500 Miles,” other songs blend doo-wop, punk, crooning ’50s pop, alt-country, and ’80s new-wave. Leithauser is particularly pleased with the New Order-inspired synths Batmanglij subtly added to several tracks, something Leithauser had tried to do in the past with the Walkmen to no avail.

For both Batmanglij and Leithauser, their debut comes across as a liberating burst of influences and genres that neither songwriter could ever really find a way to channel in past creative outfits.

A large part of the album’s sonic diversity comes from the duo’s working process, in which distinct musical parts and mini-ideas ended up being stitched together to form single songs, resulting in a collection that contains meandering compositions like “In A Black Out,” which begins with a delicate, nylon-string classical guitar fingerpicking melody and soon evolves into a rockabilly Johnny Cash riff.

“You have no idea if these things are even going to be on the same record together, but it’s so unexpected that it’s really exciting,” says Leithauser.

During one early meeting, they began work on the Black Hours track “Alexandra,” but after less than two hours Leithauser had to stop to catch a flight. “As I was boarding the plane, Rostam sent me a demo, and it was 99 percent what you hear on the record today.”

For the next two years, the duo would spend occasional five-day stretches of time at Batmanglij’s studio in Los Angeles, informally working on ideas for songs with no specific project in mind. But before long, they had recorded upwards of ten songs. “At that point,” says Leithauser, “We decided to do a full-length record together.”

The informality of the sessions also contributed to the free-flowing musical collages Batmanglij and Leithauser were intent on creating. Two primary influences Leithauser mentions when discussing the record are Johnny Cash’s At San Quentin, an album he had owned since he was a teenager, and the eclectic soundtrack to the 1996 movie Basquiat.

Considering such disparate musical origins, Leithauser was surprised to hear a dominant consistency in voice and tone when he first listened to the album in full after it was completed. “There’s a wandering, lost-soul feeling to the whole album,” he says.

That sort of cohesion shouldn’t come as a surprise to Leithauser, whose last several albums with the Walkmen were the result of extended, long-distance musical collaboration via email with various members of his band. Leithauser says that working with Batmanglij in large part felt similar to how he used to work with Walkmen instrumentalist Walter Martin, but what felt different this time was the intimacy and immediacy with which Leithauser and Batmanglij recorded their new material.

“With Rostam, him and I were writing right there in the studio, and a lot of the record was the first take. Even if we added stuff later, we’d be like, ‘You know what, I liked that first take better.’ That made the whole process so fun.” 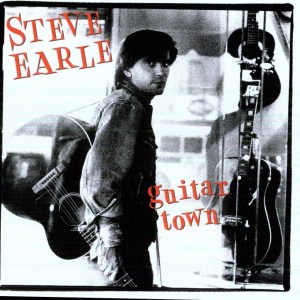 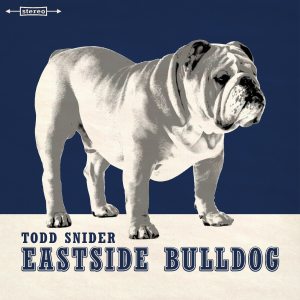