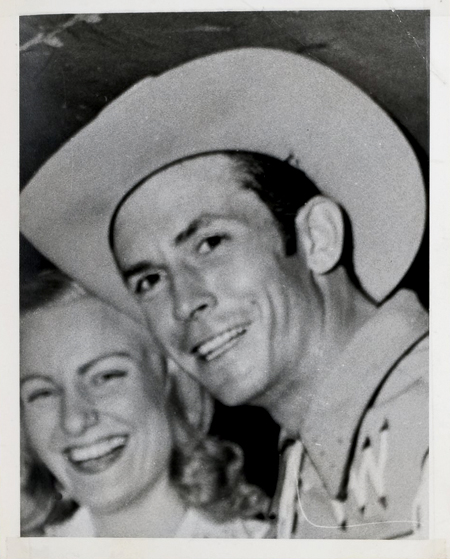 “I’ll Never Get Out Of This World Alive,” recorded in June 1952, was one of the last songs Hank Williams ever cut. Released just a month before he died on New Years Day 1953, it became a hit and enduring classic, both a tongue-in-cheek play on words and intimation of life’s brevity.

In Paul Hemphill’s 2005 biography Lovesick Blues: The Life of Hank Williams, the author (who penned the seminal The Nashville Sound: Bright Lights and Country Music in 1970) describes the state of the country singer leading up to the June session. Williams was the Opry’s biggest star, and the string of dates that had been arranged for him across the country was starting to wear on him. He was booked for two weeks at Las Vegas’ Last Frontier, but the engagement was cut short after a week, so Williams, steel guitarist Don Helms, and fiddle player Jerry Rivers headed home to Nashville.

Back in Nashville, the band entered Castle Studios on Friday, June 13, 1952, and recorded four songs: “Window Shopping,” “Jambalaya,” “Settin’ The Woods On Fire,” and finally, “I’ll Never Get Out Of This World Alive.”

According to Colin Escott’s major 1994 biography of Williams, the four-song session took place from 10 a.m. to 1 p.m. that day and featured both Jerry Rivers and Don Helms, bassist Charles “Indian” Wright, and a young Chet Atkins on electric guitar. Atkins remains one of the best sources on what happened in the studio that day. He described Williams’ condition at the session to interviewer Alanna Nash: “After each take, he’d sit down in a chair. I remember thinking, ‘Hoss, you’re not just jivin’,’ because he was so weak that all he could do was just sing a few lines, and then just fall in the chair.”

If Williams’ health was failing, things were also not super in his personal life. On July 10, his divorce from Audrey Williams was finalized and he soon hit the studio again and recorded “You Win Again,” an obvious kiss-off to his ex-wife’s bounteous settlement (she got half of his future royalties).

But, later in the summer of 1952, Williams met Billie Jean Jones, a 19-year-old brunette from Louisiana, backstage at the Opry. At his very last session, on September 23, 1952, he recorded “I Could Never Be Ashamed Of You” (for Jones), “Your Cheatin’ Heart” (for Audrey), “Kaw-Liga,” and “Take These Chains From My Heart,” which would be his final studio recording.

“I’ll Never Get Out Of This World Alive” is one of the many Williams tunes that shares co-writing credit with publisher Fred Rose. Much has been made of Rose’s role in Hank Williams’ songwriting, and in January 2009, American Songwriter columnist Michael Kosser discussed the issue, quoting at length from an interview he had conducted with Don Helms, who died in August 2008.

“[Williams would] just come up with something and sometimes he wouldn’t say anything to anybody, he’d just attempt to write it. And sometimes he’d succeed in writin’ it but he’d usually at some time or another approach Fred Rose and let Fred look it over, and whatever advice Fred would give him, he might take or might not, but eventually they would smooth it out. Fred’d say, ‘Hank, this thing is gonna sing better if you’ll say so-and-so’ and Hank might say, ‘Oh no, I don’t know about that.’ And then later Hank would try it and it’d work good.”

That’s likely how the writing of “I’ll Never Get Out Of This World Alive” played out. The song has Williams’ folksy stamp all over it, but there’s a clean construction that implies the Tin Pan Alley touch of Rose. In a similar way, Williams’ last songs, preserved in notebooks he left behind after his death, were brought to fruition by a handful of admirers like Bob Dylan, Norah Jones, and his granddaughter Holly Williams, in the recent album, The Lost Notebooks of Hank Williams.

Holly Williams, who worked on “Blue Is My Heart” for the album, recently described the process of working on her legendary grandfather’s song to American Songwriter: “Pretty much all I had in my hands was eight lines, no music or any other lyrics – just a little thought, if you will. It’s very intimidating finishing a lyric of Hank’s. He had such a simple, cut-to-your-heart style, with no extra words. He wrote the first two verses and I wrote the last two. My hope is that you won’t be able to tell the difference between Hank’s lyrics and mine.”

Steve Earle, who titled his 2011 album and book after “I’ll Get Out Of This World Alive,” told American Songwriter in a July/August 2011 cover story that Williams’ song resonated with him on the subject of mortality. Earle said his album and book are a reflection on both his father’s recent death and his own near-death experience with drug addiction in the 1990s. (Earle also recorded a Hank-faithful version of the song, though it does not appear on the album.)

Though often considered a premonition of Williams’ own death, most serious critics have dismissed this view. The song is, more simply, about having bad luck. Escott goes so far as to say it’s just “a novelty song tricked out from a W.C. Fields catchphrase.” While likely not a sincere meditation on his own mortality, for a lonesome, hard-luck character in Williams’ state, it’s hard not to imagine the words of “I’ll Never Get Out Of This World Alive” sinking in on some deeper level.

(Perhaps Williams’ real premonition of death comes in the last lines he would sing at Castle Studios: “Take these chains from my heart and set me free,” though Williams did not have a hand in writing this Fred Rose/Hy Heath composition.)

Whether either Williams or Rose saw a larger meaning in “I’ll Never Get Out Of This World Alive,” we, of course, will never quite know. Both songwriters, though, would not survive the song’s creation by much. (Rose died in December 1954, just two years after its release.)

“I’ll Never Get Out Of This World Alive”

Now you’re lookin’ at a man that’s gettin’ kinda mad
I had lots of luck but it’s all been bad
No matter how I struggle and strive
I’ll never get out of this world alive.

My fishin’ pole’s broke the creek is full of sand
My woman run away with another man
No matter how I struggle and strive
I’ll never get out of this world alive.

A distant uncle passed away and left me quite a batch
And I was livin’ high until that fatal day
A lawyer proved I wasn’t born
I was only hatched.

Everything’s agin’ me and it’s got me down
If I jumped in the river I would probably drown
No matter how I struggle and strive
I’ll never get out of this world alive.

These shabby shoes I’m wearin’ all the time
Are full of holes and nails
And brother if I stepped on a worn out dime
I bet a nickel I could tell you if it was heads or tails.

I’m not gonna worry wrinkles in my brow
‘Cause nothin’s ever gonna be alright nohow
No matter how I struggle and strive
I’ll never get out of this world alive.

I could buy a Sunday suit and it would leave me broke
If it had two pair of pants I would burn the coat
No matter how I struggle and strive
I’ll never get out of this world alive.

If it was rainin’ gold I wouldn’t stand a chance
I wouldn’t have a pocket in my patched-up pants
No matter how I struggle and strive
I’ll never get out of this world alive. 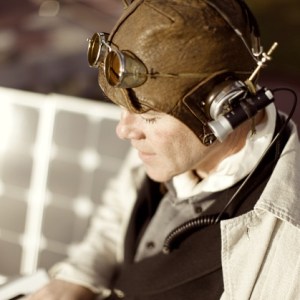 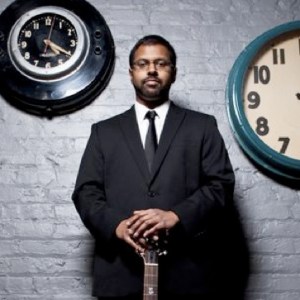