One of the hallmarks of a great country song (or any great song) is its ability to evoke an emotional reaction, whether it’s one of joy or one of sorrow. The late Vern Gosdin’s 1988 hit “Chiseled in Stone,” co-written by Gosdin and late songwriter Max D. Barnes, is one of the legendary tearjerkers in country history because of the story behind the Barnes-inspired lyric, and because of the emotional delivery of the man nicknamed “The Voice.”

The song’s opening premise in the first verse is that a man having domestic troubles meets an older man in a bar who basically tells him to cherish his relationship while he can. Then the chorus leads to the cemetery-based title:

That iconic chorus is based on the true story of Max D. Barnes and his family, who lost their 18-year-old son and brother, Butch, in an auto accident in 1975. Max T. Barnes, who himself became a major Nashville songwriter, is Max D. Barnes’ son and Butch’s brother. “I remember the night my dad woke me and told me about my brother,” he says. “Life goes on, but losing a child is deep. Although the story [in the song] is not specific, my dad was always able to draw from that well of pain. He had a great diverse background as well to pull from. Trucker, carpenter, biker, tuna boat fisherman, he had a lot of colors at his disposal.”

“Vern and my dad wrote a lot,” Max T. continues. “I mean all the time – so although ‘Chiseled’ was eventually named the CMA’s Song of the Year, they had a lot of great songs, and Vern cut pretty much everything they wrote which was like, I don’t know, 50 songs? Vern was always at Dad’s house writing for the next record. Max D. wrote every single day. He was very prolific. ‘Chiseled’ was just another great song on their pile of hits.” The fact that Barnes and Gosdin were obviously so close, at least professionally, probably played a major role in their being able to write such a heartfelt piece about the inevitable: the death of a loved one.

In the awards category, “Chiseled in Stone,” and the work of the Barneses overall, has been well-represented. “’Chiseled’ was Dad’s first [Country Music Association] Song of the Year in 1989,” Max T. says. “His second was ‘Look at Us’ with Vince Gill in 1992. I was nominated in the same category that year at the CMA awards for ‘Love Me’ by Collin Raye. It was the only time in history father and son went against each other. Or any family for that matter. Dad deserved it.” In addition to being recognized by the CMA, Barnes and Gosdin were also nominated as writers for a Grammy award in the Best Country Song category.

Norwegian singer Rune Rudberg and Australian singer Jade Hurley have also covered the song. Relatively speaking, though, it hasn’t been covered as much as many classic and high-charting songs, maybe because so few singers have the ability Vern Gosdin had to deliver such a heart-wrenching sentiment. 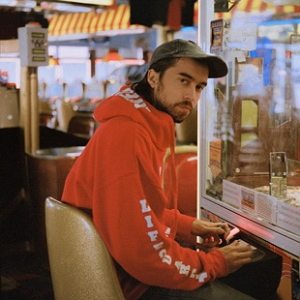 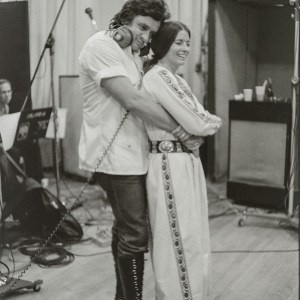