HAWA’s bright, wide smile is a stark contrast against the gray cityscape of a bustling Brooklyn, sprawling out around her. She sits, sipping coffee, unfazed by chattering passersby and hurried vehicles screeching to a halt. Welcoming the deafening orchestra of her borough – a very different symphony from the sounds of her past – HAWA smiles.

“That’s how you live longer,” she says of smiling.

It’s that wisdom from the 22-year-old artist, so sure and unflinching, that makes her debut album sound like someone else’s tenth – seasoned, inventive, and confident. Born in Berlin and brought up between Guinea-Conakry in West Africa and New York, HAWA’s music knows no distinct genre, no one culture, no borders. With her new album, Hadja Bangoura, the young musician teaches a universal language as she creates her own world in each of the 11 tracks.

Her global upbringing has gifted her the ability to reach listeners no matter who they are or where they come from. “I understand how to communicate with people on a universal aspect,” she explains of how she crafted Hadja Bangoura, an album for every ear and every tongue.

“Yes, sonically, I’ve been influenced in the sense of coupé-décalé, that’s a genre in Guinea-Conakry and in a lot of West African regions, but when it comes to that … you can just go online and be inspired by a sound. So, it was the really the aspect of communicating globally, universally, that I think was a big advantage of growing up in different cultures and not being specifically tied down to one.”

A mixture of R&B and rap with touches of funk and soul, Hadja Bangoura is difficult to define, but easier to feel. Breathy, hazy arrangements echo throughout each track, creating lush, dreamy soundscapes of intricate melodies, haunting vocals and hard-hitting beats. HAWA’s songs become places where laidback sounds ricochet off complex lyrics, creating spaces that evoke an uneasiness, and yet feel like home.

She explains the process of making her “own little worlds with these songs.” When it came to production, she says, “We would go into the studio with no cares in the world … Our whole goal was to just make a sound that we really resonated with and we loved.”

HAWA describes the process as very hands-on. Her wheels were constantly turning throughout the making of the album, churning out song after song, never shutting off the creating process even to sleep.

“I would literally be in bed in the dark and I would come up with a melody and I would put words to those melodies and then I would have a song,” she says. “Towards the end of the album, a lot of the music that you hear are tracks that I’d come with literally the night before and then the next day, I’d come in and record it.”

She describes production as difficult, but worth it. “It was very freeing,” she adds.

“I believe that an album is another form of a book,” she explains. “It should always tell a story.” From her global upbringing and her journey to now, Hadja Bangoura tells her story, but also the story of her great-grandmother for whom the debut is named. Capturing the spirit of the late matriarch across the 11 tracks, HAWA found healing in the process and, in turn, found herself.

“When she passed, that was a time when I was really hard on myself, where I didn’t know what I was doing musically,” the artist explains. “She gave me a lot of motivation and inspiration to just literally be myself. She helped me realize that life is short and you need to be happy. All the things that you’re doing you have to enjoy.”

It was Hadja, the 4 foot 9 woman HAWA describes as being full of life and having “a lot of guts,” that helped her let go and take on this album with freedom, acceptance, and gratitude in mind. “She was always that woman that would always say, ‘Let things be in God’s hands,’” she explains.

“That’s why when it came to this album, I made sure that I was very free with it. I just let things happen and let things be … It really helped me get into tune with myself and understand my emotions more.”

HAWA says it was only right to dedicate her first album to her late great-grandmother.

“This is the album that, in my opinion, is going to change not only my mentality, but how I view myself as an artist and how I view my music as a whole,” she says.

With her debut, HAWA admits, “I’m scared as fuck. To be very blunt, I’m scared as shit.” With “what if people don’t like it?” in the back of her head, threatening its way to the surface, she’s taking advice from the album’s namesake: “Leave it in God’s hands.”

That sage wisdom – partly from experience, partly from lives lived between worlds, partly from a late matriarch whose spirit lives on – comes out once again.

“I’ve done the best that I possibly can,” HAWA says. “I’ve given people the best of myself as an artist, as a creator. I put my all into it. Whatever comes out of it is what I’ve deserved. The outcome, good or bad, that’s what was meant to happen.” 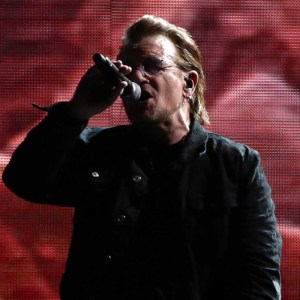 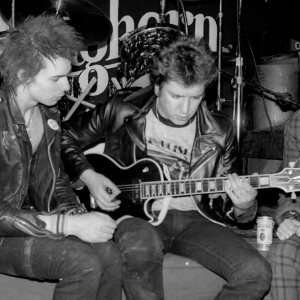