How do you begin to tell the story of a band of brothers that spans 5 decades and over 220 million records sold worldwide? If you’re director Frank Marshall, you start at the place that many of the most successful films you’ve produced — from The Goonies to Back to the Future and Seabiscuit — started. “It’s the story of a family,” Marshall tells American Songwriter. In the documentary about the Bee Gees, How Can You Mend a Broken Heart? theOscar-nominated filmmaker leads with the siblings, giving the Gibb brothers as much time to shine as he does their iconic songs.

“They had a very loving family,” says Marshall. “And like all young boys, like my brothers and I, dreamed of being in a pop band — of the adulation and the success that comes along with that — and they did it.” Marshall, the oldest of three brothers who were all musical, grew up the son of prolific composer Jack Marshall, who wrote the TV theme for among others, The Munsters. His dad was signed to Capitol Records and Marshall spent much time in the label’s famous record tower, so when the opportunity came up to be involved in the Bee Gees documentary, following the group’s catalogue move to Capitol in 2016, he took it.

“The film combines my two passions of music and movies,” he says. The documentary, which releases on HBO and HBO Max on Saturday, December 12, travels through the band’s highs and lows, starting with their childhood in 1950s Australia to their induction into the Rock & Roll Hall of Fame in 1997. It explores how their signature 3-part harmonizing style, as influenced by Motown musicians like The Mills Brothers, developed, and the impact success — and failure — had on them as a family.

The film starts with the last remaining member of the trio, Barry Gibb, at his home in Miami. To include brothers Maurice and Robin, who died in 2003 and 2012 respectively, Marshall relies on archival interviews, along with never-before-seen footage of recording sessions, concert performances and home videos.

“The trickiest thing for me was only having Barry,” says Marshall. “Because he wanted it to be the story of all the brothers in the family, and so that was a challenge. He was he was very gracious and honest, and humble and reflective. But he really misses his brothers. And that’s quite apparent.”

Marshall ropes in the likes of Noel Gallagher and Nick Jonas to bring a contemporary perspective on their music brotherhood. As Gallagher says, “Making music with your family is equally the greatest strength and the greatest weakness of a musical partnership.” (The former Oasis guitarist and songwriter should know!)

“Those experiences between siblings are unique,” says Marshall. “I wanted contemporary people, as well as the band members from the early days, talking about what it was like back then. It’s such a huge amount of history to cover, and their journey is so extraordinary. You could have done a series.”

Indeed there is a lot of ground to cover before Marshall delves into the most exciting aspect of the documentary, their foray into disco and how the multiple-hit-containing, best-selling soundtrack, Saturday Night Fever, came about. A time when, as Maurice Gibb put it: “We weren’t on the charts, we were the charts.” Marshall says he was surprised to learn how the songs for that album were recorded, a story that involves their manager, Robert Stigwood, a tax break and a chateau in France à la Elton John.

“They arrived and it was a dump,” says Marshall. “And they persevere, which is what they did their entire career — they kept overcoming these obstacles, that didn’t get in their way. They didn’t say, ‘oh, we’re not going to do this, we want a fancy hotel or something.’ It was a great studio there, but it had none of the amenities that they thought it would. But look what happened there…” It’s there where the drum beat of “Stayin’ Alive” was born. “They created the drum loop that today is what first responders use to keep the rhythm for CPR. Amazing,” says Marshall.

The film covers the backlash the band received after their incredible success, and footage of a “disco-demolition” event at a Chicago stadium in 1979, which feels like a book-burning, sends shivers down any music fan’s arm. It’s one of the moments in the film that warranted more attention, but that the running time of the film didn’t allow for.

Ultimately, Marshall wanted to illustrate just how prolific and endearing the group’s legacy as songwriters has been. “I wanted to introduce, and re-introduce them to people who, when you say, ‘you realize that they wrote “Islands in the Stream,” they go, ‘no, no, Kenny Rogers wrote that,’ or, ‘you know who wrote “Guilty?” and they say ‘Barbra Streisand.’ The thing that’s going to be there 100 years from now is their songwriting. They were fantastic songwriters. And I think that gets lost in there, because they were so famous as a band. But it was really that songwriting. That was a real gift.” 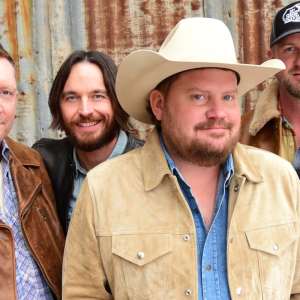 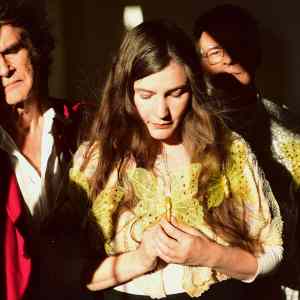