“My little girl asked me the other night if I believed in superstition,” shares Randy Rogers. We’re busy discussing notions of fate and destiny, a 20-year career which perhaps relies on both, and if he even believes in any of it. He told his daughter “no,” but mulling it over now, he feels a bit differently. “I have to have three guitar picks in my pocket, handed to me by my tour manager before I go onstage every night. I think I believe in fate.”

Prior to his first gig as frontman of Randy Rogers Band (on October 3, 2000 to be exact), he had sauntered into Cheatham Street Warehouse one open mic night on a whim. “That night forever changed my life,” he recalls over a phone call with American Songwriter.

That night, he met establishment founder and prolific songwriter Kent Finlay, who would soon become a dear friend and mentor and play an indelible role in the band’s future. And the entire reason Rogers was even in San Marcos, Texas at the time was a girl he was dating, whom he’d met at a youth and government convention his senior year of high school. “I was crazy about her,” he says. Originally, he was headed to college in north Texas but quickly changed his mind, later enrolling at Texas State University to study Mass Communication and Public Relations.

Those simple life choices set in motion one of the most exciting music careers in Texas music history. “Everything does happen for a reason,” he concedes.

Following roughly 20 writer’s night performances, Finlay told Rogers he could have an entire evening to himself ─ if only he started a band. A handful of other musicians ─ Geoffrey Hill, Jon Richardson, Brady Black, Les Lawless, and Todd Stewart ─ making a go of it on the scene came together to form what would soon become Randy Rogers Band. It was immediately evident the troupe of players fit comfortably together, but they had no recorded material with which to land other gigs outside of Cheatham.

So, they put together their first album, 2000’s Live at Cheatham Street Warehouse, a collection that is “by no means good,” as Rogers sees it. “The record was a vessel to land gigs at other venues.” He had been working at a publicity company booking other bands, and he “knew how important it was to have material. We didn’t have any money to go into the studio. The quickest way to capture what we do live was to actually record it. When I listen back to it now, some of the songs are OK, and some are just not my best effort. We were babies, you know. We didn’t know what to do. We were just trying to do our best.”

Their official proper debut arrived two years later. 2002’s Like It Used to Be, produced by Scott Melott, former songwriter/keyboardist/guitarist in The Groobees, released on Downtime Records and perfectly showcased great promise. “It was the first time I felt like I had a real producer,” says Rogers. “I felt we were in good hands. It was the first opportunity to feel like we were moving in the right direction.”

Even now, a song like “Tommy Jackson,” a fictional tale in the vein of Robert Earl Keen, feels special, and it’s not surprising it has taken on “legend” status 20-years later. “At every show, some idiot yells, ‘Tommy Jackson,’” he chuckles. “On this record, it’s probably the song I’m most proud of writing. I did write it by myself, and I was really after that type of song.”

Rogers had recently returned after seeing Keen play a show in Luckenbach. He pulled into an auto body shop for his car inspection when he ran into Keen’s bass player Bill Whitbeck. “I introduced myself. I went home right after that encounter, and this song spilled out,” he recalls.

Later, on the record, “Reason to Stay,” written by Hill soon after joining the band, captures the turmoil of mental health with raw poeticism. “And you’re so tired of just being alive  You’re so sad you could just cry,” sings Rogers. “I’d sing you the sweetest songs, and hold you so long / And make you forget all the reasons / You talked about leaving this place / If you’re thinking about leaving / I could give you a reason to stay.”

It is earnest and warm, without avoiding the very real effects of depression. The forlorn number was written about “a love interest of his, and she was going through bouts of depression. We were young, early 20s, and it’s not often talked about, even today,” reflects Rogers. “It’s about someone caring about you so much and loving you so much that you didn’t have to worry about your own mental issues. That’s deep material for young men. It makes me want to go listen to it myself. I haven’t heard that song in forever.”

The band’s signature album was and still is 2004’s Roller Coaster. The set, produced by Radney Foster, who also co-wrote several songs including “Tonight’s Not the Night” and “Somebody Take Me Home,” recorded by Kenny Chesney, cemented their status and took their name to the national stage. “We always talk about ‘Roller Coaster’ and getting back to that sound. I don’t think you do get back to that. That was just a moment in time, and you can’t duplicate it,” he remarks. “That’s the album that changed my life, maybe even more so than getting signed to Universal and [hit single] ‘Kiss Me in the Dark.’”

Eight band records, two Hold My Beer discs with Wade Bowen, one set with Robert Earl Keen as Stryker Brothers, and Randy Rogers has certainly created a wealth of impressive music. “That’s a lot of material,” he admits, adding, “At some point in our career, we’ll go back and tour and play one album start to finish.”

In a recent interview with CMT, he admitted he sometimes gets live “requests all the time for songs I’ve forgotten about.” It’s a tough thing, surely, to recall every lyric from every song the band has ever released. “I do enjoy going back and re-learning some of the old songs. There’s no other way to say it; my brain, especially when you’re making a new record, focuses on the new songs,” he considers. “If you’ve written 25 to 35 songs for a 10 or 11-song record, it’s hard to even go back and remember songs you wrote in 2006.”

Many deep cuts, especially those released during their Universal days, still carry special meaning for him. “Some of those b-sides at Universal are good songs. It is fun to go back and listen to those songs. In a 90-minute set, that’s 22 songs or something like that. We do swap out five or six songs every couple weeks, but people wanna hear the hits or the most popular.” Even so, the b-sides he treasures most include “Before I Believe It’s True,” “If I Told You the Truth,” and “Just Don’t Tell me the Truth.”

An archived video, dated October 2004, resurfaced several years ago, and a 23-year-old Randy Rogers speaks candidly about heading up to Nashville to shop labels. He was wined and dined, of course, but he knew he could never compromise his art for the sake of a shiny record deal. “In that video, I had a chip on my shoulder. I was full of piss and vinegar, and I thought I could change country music,” he offers his thoughts on the clip.

“I was ready and fired up to go to battle” over country music, he continues. “Now, I know trying to approach the business from a point of anger isn’t the best way to go about it. However, do I regret that’s how I felt? Nah. Do I regret that that’s how I approached the business? Not at all. If anything, sticking to my guns got me here.”

More than anything, Rogers remains “fired up about the next 20 years. I don’t have anything to prove at this point,” he says. “I’ve stuck by my word long enough now that the band is a reliable live entertainment option, if you’re looking to be entertained. I’ve had friends with multiple #1s tell me they wish they had the brotherhood we have on the road and had the career we’ve had. We haven’t had those hit country radio songs, but we’ve had all these studio albums and years touring together as a band of brothers. I wouldn’t trade that for #1 hits.”

2020 has been a trying year, and Rogers has felt it more than most. “We had a lot of loss. I lost my father this year. I lost some of my other heroes and idols this year. It’s been a difficult year. I’ve learned not to take anything for granted,” he muses. “I have little girls, and I’ve spent more time with them this year than I have in the past. That’s been a blessing.”

“There’s a silver lining in this madness. It really allowed me to focus on some of the good times over the last 20 years. It’s been a very reflective year for me,” he concludes. “It’s like a wormhole, you know. One thought will lead to the next to next to the next memory. We’ve had so many good things happen to us.” 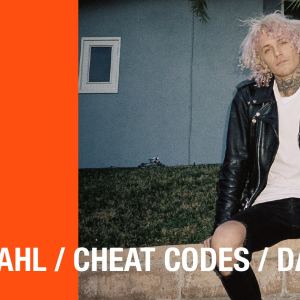 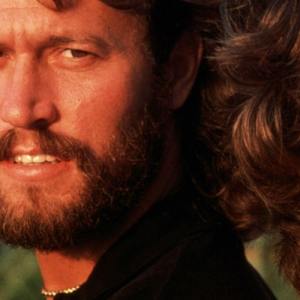