“I feel like I am doing what I was made to do when I am writing a song,” Brandon Heath tells American Songwriter. “There’s nothing that makes me feel more alive and connected with myself and with God than when I’m writing a song.”

In discovering what energizes his creativity, this Nashville native has hit songwriting gold. Heath is a five-time Grammy nominee who has won an Emmy Award and two handfuls of Dove Awards. To add another layer to his songwriter ethos, Heath was the 2014 BMI Songwriter of the Year in the Christian music genre.

Now, with the confidence of past successes, the singer/songwriter is boldly transforming his music on the wings of a new record label. Recently signed to Centricity Music and Centricity Publishing, Heath has been experimenting with new sounds and co-writing with different songwriters. To discuss this chapter of his career, Heath sat down with American Songwriter to chat about his latest single “Human Nature.” The single is out now after it’s debut on July 16th.

Specifically inspired by the 2018 documentary Three Identical Strangers, Heath latched onto the idea that humans were made for each other. “[In the documentary] these triplets were separated at birth—and I don’t want to give away the documentary—but the three of them always felt this burden and they couldn’t describe it,” Heath began. “They just didn’t realize they were looking for each other. They didn’t realize that they belong[ed] to each other and they were missing each other… It sheds light on the human condition, and how we’re supposed to be connected. We’re not supposed to be separated.”

With this idea in mind, Heath penned “Human Nature” about humanity’s interconnectedness. Heath then related this sentiment to how he understands Christianity. “God sees our human nature, I believe, and it doesn’t scare him. I believe that we were made by Him, [and] He sees our wars, he sees our addictions, he sees our brokenness, our loneliness, our fear, and I don’t feel it bewilders him.”

Hence, the unapologetic enthusiasm and plucky instrumentals of “Human Nature.” Heath described the track as “quirky pop” that takes risks sonically. Encouraged by his new label, Heath’s risk-taking paid off as “Human Nature” trumpets with jubilation and solid vocals. “Human Nature” also benefited from the input of co-writers Paul Duncan and Christian Hale.

And yet, that wasn’t all that went into the making of “Human Nature.” Heath wanted to bring the song’s emotion full circle and back to his original inspiration of the Three Identical Strangers documentary. With a nod to Jay-Z’s “Hard Knock Life (Ghetto Anthem),” Heath incorporated the voices of children to emulate a child’s unassuming desire for relatedness.

“I have two friends that are pretty extraordinary,” Heath began. The friends in question adopted four siblings from Sierra Leone, Africa, and these children then sang the background vocals on “Human Nature.” “It was so fun having them,” Heath explained. “We recorded their background vocals on my iPhone, and we just flew it into the song because I really wanted to capture people who had been adopted and children. That’s what the song’s really about. They brought that perspective to life with their voices.”

Overall, “Human Nature” is a track you can’t pass on. Its incredible optimism and humanity are irresistible. Check out the lyric video for “Human Nature” below and watch for Brandon Heath’s upcoming album. 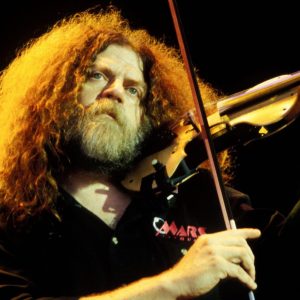 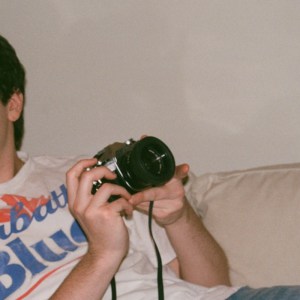