Cloth-covered buckets filled from the raindrops seeping through the walls of the ramshackle Namouche, an old, wood-paneled studio in Lisbon. As all instruments and equipment sit meticulously around pools of water, throughout a 12-day Portuguese pilgrimage, Iceage laid down the nine tracks of their fifth album Seek Shelter (Mexican Summer).

Recorded toward the end of 2019, Seek Shelter, a follow-up to their 2018 release Beyondless, finds the Danish rockers soaked in a new instrumentation, removed from the deeper punk-angst of their 2011 debut New Brigade and You’re Nothing, and threaded more in the orchestrated veins of later releases.

Working with a producer for the first time, Iceage enlisted Pete Kember (aka Sonic Boom) of Spacemen 3, along with longtime collaborator Nis Bysted, Seek Shelter was mixed by Shawn Everett, and added guitarist Casper Morilla Fernandez and the Lisbon Gospel Collective.

Setting aside several weeks alone to write, frontman Elias Bender Rønnenfelt wrote the entire album in one stream, pulling from years worth of journal entries and other present reflections.

“It becomes an amalgamation of ideas and impressions of things that you’ve been provoked by or had to live through,” says Rønnenfelt. “You end up with something that is a rough, blurry perspective of what that period of time was like, a mishmash of personal struggle that is shaded throughout by a world that seems more transparent in its inherently cruel ways.”

Seek Shelter is a religious experience, opening around a collective arrangement of voices, sounds, and musical invocations melding blues and delicate church dwelled overtures of the opening title track with the Lisboa Gospel Collective singing along in the chorus, Come lay here right beside me / They kick you when you’re up, they knock you when you’re down, through frenetic “High & Hurt” and the messy swell of “Love Kills Slowly.” The clash “Vendetta” moves Seek Shelter into the tranquil mode of “Drink Rain,” continuing its sermon through soaring “Gold City” and “Dear Saint Cecilia,” an ode to the patron saint of music, and lovelorn closer “The Holding Hand.”

Somewhat prophetic of the year ahead, Seek Shelter was conjured from others places and time for Rønnenfelt. “A lot of them [songs] were caught out in a storm of some sort,” he says. “In the last album, they were caught out in a storm but maybe quite comfortable out there. There’s a little splinter of something in the songs that is longing for somewhere else than where they are.”

Triggering memories, general impressions, or something that he’s living through in the moment all impress Rønnenfelt’s writing. “It involves doing a bit of living and filling up that space until it starts picking itself apart and coming to you in idea form,” he says. “It usually hits like lightning, like ‘oh, it’s that season again.’”

Different memories often juxtapose until they create a new sense of reality for Rønnenfelt. “You work for your own ideas,” he says. “You are there to help them alone, and not the other way around. So whatever comes to you, you just have to try and help it along and facilitate that when you take a step back, painting a picture of where you are in your life, but sometimes it’s hard to tell when you’re still in the thick of it.”

In Rønnenfelt’s mind, songs always flesh out in different ways. “My head is wired in a certain way,” he says. It wants to take whatever is in front of me, whoever is affecting me, or whatever lives in the back of my head and break that down in song form.”

Iceage songs are less about formula and more enigmatic. “We try to keep the mystery,” says Rønnenfelt, “If there’s no sense of mystery in it for us, then it’s not fun.” 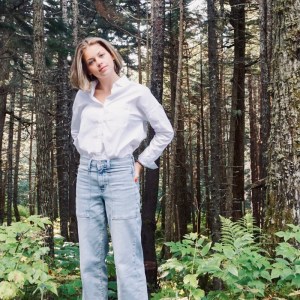 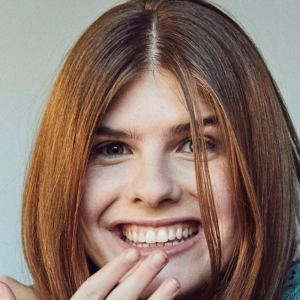