In early 2020, singer-songwriter Ava Earl performed at the annual Anchorage Folk Festival. Her set included a song called “Up Here in the Sky,” and in the introduction, she shared how it was greatly inspired by famous Greek epic poem The Iliad, famously attributed to Homer─”but from the perspective of a feminist goddess,” she says. She then detailed a classic discussion on gender roles, and “I said something along the lines of, ‘So this is what Homer meant to write.’”

Her remark “did not sit well with an audience member who confronted me at length in the lobby afterward,” Earl tells American Songwriter. “Among other things, he told me I was offensive, sexist, and disrespectful of Homer.”

Her new song “Chaos,” produced by JT Nero, partly harkens back to this interaction. “It’s also from the perspective of a goddess through arguably a more intense and less forgiving one,” she continues. “I want this song to be slightly uncomfortable for anyone who benefits from the patriarchy. Even though I am a woman, I know that I benefit from patriarchy because of where I was born, and a million other factors beyond my control. I think that music is a great tool to help everyone think critically about things we take for granted.”

Mastered by Kim Rosen at Knack Mastering, “Chaos” serves to empower women, as well. “It’s not often that we hear about really strong goddesses or other warrior-type women the way we hear about men, and when we do, it is always compared to the male standard. For example, we say ‘women’s’ soccer team, but men’s soccer is just soccer. This song is about a goddess who sets her own standards and has power over men—something that we don’t typically see in real life.”

Out of Girdwood, Alaska, her hometown, Earl draws upon such influences as Ingrid Michaelson, Taylor Swift, and Elliott Smith—culminating in her own unique Americana style, often branching into folk, jazz, pop, and indie-rock. Growing up, her parents had a rule: “my sibling and I had to have a sport that we did and an instrument that we played. “I didn’t always like it (especially when I had to practice), but eventually I switched to guitar and began to write songs. I’d say that my parents inspired that self-expression, as did my guitar teacher Melannee Stiassny.

“I love songwriting because it allows me to create my own narrative,” she continues. “When I write music, no one gets to tell me that I’m wrong, or that my story isn’t correct. It is my own, and even when it is completely fictional (like ‘Chaos’), it is still my story to tell. I also love songwriting as a tool for self-reflection; sometimes I don’t even realize what I’m writing about until months later and it suddenly makes sense in a new context.”

In addition to making music, Earl gears up for college this fall, setting her sights on Northwestern University, where she plans to study science and music. She also has plans to run track and cross country. “I will continue playing music while in Illinois and when I’m back in Alaska. I am also in the beginning stages of planning another album, and I’m super excited about the new songs I’ve been writing.” 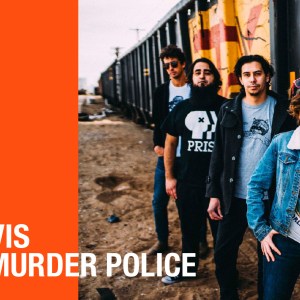 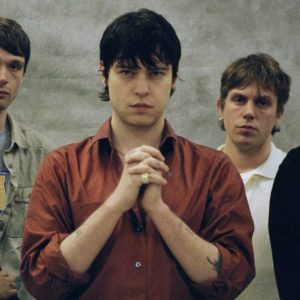