Jessica Cole is the CEO of a wildly innovative and extremely successful music company, Lyric House. She started as a songwriter and went on to build a multi-million dollar sync and artist development company has always oscillated between these two worlds of being a creative and being a CEO.

People always ask me how I balance being a CEO of a company and a songwriter – and I always think to myself, can these two roles actually not cohesively coexist? Is this a foreign concept in general? I suppose it could be to some people, as I fully understand the pressures and energy both paths can bring on their own. But for me, it’s become a fluid coexistence – and frankly, one would not exist without the other and vise versa. My company Lyric House was built on the foundation of my passion for music and songwriting, and more deeply, my innate dedication and desire to support other creatives in their craft as well. I had always envisioned combining all of my passion and desires into one multi-purpose entity.

Since I was young, I knew I wanted to work in music. At the age of 6, I was playing piano and writing my own songs. In middle school, I was heavily involved in musical theatre, landing the lead roles (just a little humble brag… come on, I was 12! ;), which then led me to record a few albums in my teenage years. I was in love with music, I loved to sing, I loved to write, but I just wasn’t sure I actually wanted to be an artist myself. One thing was for sure though, I knew I wanted to write songs and be a part of a music community filled with other like-minded creatives. I would dream about all of my future possibilities –  from being a songwriter, starting a music company, or running my own label. After high school, I attended the University of Colorado at Denver where I was a Music Industry Studies major. I devoured all of the knowledge and experience I could get my hands on. At the time, UCD didn’t have an internship program outside of the state of Colorado. So I ended up searching for opportunities on my own and was thrilled to land an internship in Nashville at Country Music Television (CMT).  This was a turning point for me – I would say that the experience was the real start of the beginning of my journey to where I am today. I fell in love with everything Nashville had to offer and was so inspired by the music scene and songwriting community. When my time at CMT came to an end, I highly contemplated and even tried in many ways to permanently move to Nashville. But it seemed the universe had another plan for me. I moved back to Denver and immediately jumped in a Music Management opportunity, managing a few local acts I adored – while still remaining active with my own songwriting as well. I began to delve more into the world of sync and started to write songs with placement in mind. By 2011, I knew music management was not the path I was meant to take and I quickly shifted gears and followed my instincts. I missed Nashville so much, I was trying to figure out ways to bring a piece of what I experienced within the Nashville community to Denver’s music scene.

It wasn’t until one morning in the spring of 2012 that I woke up and sat straight up in bed and said out loud “I’m going to start a publishing company”. I remember this moment like it was yesterday. I had never been so sure about a decision. I didn’t know what the scope of this meant at the time, but I knew I had to do it. So that same day, I called every musician I knew in the Denver area and told them the news of my new endeavor. I was thrilled that pretty much everyone that I had talked to about it was excited about the prospect and wanted to be involved in some way. I knew starting a music publishing company in Denver was going to be a huge challenge, and I was even once told by someone that I highly respected within the music scene that it was a crazy idea and “good luck with that” – which actually made the fire inside me burn that much more. Aside from that one person that expressed his doubt in my idea, he was outnumbered by the support I received from everyone else. But most importantly, the support and self-motivation I was giving myself. I was determined to persevere.

Within the first few years, I had built a small, yet mighty team and we had amassed quite a healthy size roster and many placements under our belt. I was traveling back and forth to Los Angeles every few weeks to keep up with clientele and get the face time that is needed to develop these key relationships, especially since LA is the sync industry hub. I always knew this would be an extra challenge when choosing to start my company in Denver, but I just knew I was up for it – and mostly because I wanted to bring attention to all of the wonderful artists that Colorado holds and create something truly special and unique in its own way. Once we started signing artists outside of the Colorado scope and expanded to artists worldwide, the growth of Lyric House was almost doubling in size each year. During these first few years, I was still songwriting but because the initial few years of the building process was so demanding, my writing took a backseat temporarily – the amount to which I became involved in the songwriting process with my artists and the balance in my own writer / CEO life wouldn’t come into full effect until a few years later. While still, at this point, I was creatively involved in helping shape songs, give creative feedback and ideas.

In 2014, I had been featured in a popular Denver culture magazine as one of Colorado’s Young Entrepreneurs. This felt great to be highlighted. However, low and behold, soon after, I made the decision to move Lyric House to Los Angeles. It was a tough decision because Colorado was my home, where I grew up and where I built my business, but it was time. I had been traveling every few weeks back and forth to LA and I felt we were ready to take on the mecca of sync.

Within the next year after moving to Los Angeles, in 2015, I was honored to be featured in Rolling Stone on the list of Top 17 Entrepreneurs Shaking Up The Music Industry.

The journey from being a small music publishing company in Denver to becoming a Los Angeles-based sync powerhouse has been quite the adventure – it was by far the most challenging yet most rewarding endeavor I’ve ever done – and so incredibly worth every minute of it.

I have a wonderful staff that hustles every single day for our roster and I am constantly in awe of the talent we are blessed to get to work with and the clients we get to collaborate with. A day in my world involves working on creative briefs, listening to a lot of music, collaborating with my team and doing check-ins with individual team members, going over new signings and potential new signings, working with our music supervisor clients, and working on the creative and strategy for exciting projects and campaigns – then if I have a session scheduled that day, I shift gears, put my writer hat on and head into the studio for a writing session or virtual (zoom) session. I collaborate with our artists and writers every week, giving ideas, shaping songs if need be, co-writing when appropriate with my favorite collaborators, and overall playing the role of cheerleader. I’m also quite hands on when we develop artists from the ground up, especially under our label and artist development side of the company. My goal in the entire process is to not only assist in creating that next cool sound, but ultimately for that writer or artist to be able to achieve long term financial stability and life changing opportunity. It’s truly one the most rewarding parts of my job and one of the many reasons I’m so passionate about what I do.

My dad always used to tell me when I was young, “If you find the rhythm then you’ll feel the joy”. I never fully grasped what that meant until I started Lyric House. For years and years, he would repeat this mantra when he was trying to encourage me to trust myself and my instincts. He’d say it to me even in the simplest times, like when we would be skiing a difficult black diamond run or when I would be prepping for a live performance. I would just roll my eyes, smile, and say “Dad, stop saying that, it’s so corny!”. He would respond “corny or not, it will make sense to you someday.”

This poignant insight actually rings truer than ever, especially for me, someone who has been on a constant path of finding deep purpose and meaning in life. The magic of music is that it’s actually a universal truth, a universal language. People need to feel it to feel connected or express it to feel their purpose. When you are in a state of full expression, it is there when you can truly find the rhythm of the meaning of life and your place in it. 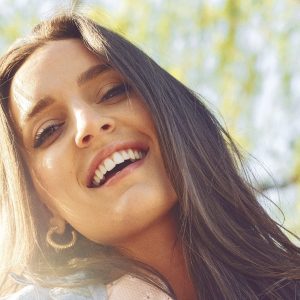 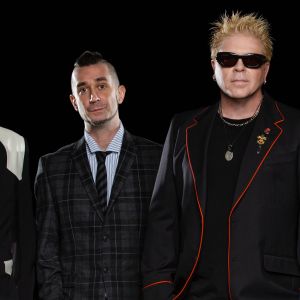