“It was never really planned out. We certainly didn’t mean for it to take nine years to put out.” Backtracking on all the varied catalysts—songs that required years to unravel and reflections of a world in disarray—Dexter Holland is deconstructing the pieces of Let the Bad Times Roll (Concord Records), The Offspring’s first album in nearly a decade.

Making a return in 2021 couldn’t be a more fitting time to recount the still-pertinent events of the past several years.

Recorded throughout the last several years at the band’s studio in Huntington Beach and various other locations, Let the Bad Times Roll is the band’s third collaborations with legendary producer Bob Rock, who also worked on previous release Days Go By in 2012 and Rise and Fall, Rage and Grace in 2008, Let the Bad Time Roll doesn’t shy away from the world’s state of mind, and affairs. Let the Bad Times Roll reflects the current times, revealing things generally left unspoken, through The Offspring’s sage punk.

“The last couple of years have been a doozy,” says Holland. “Political and social upheaval and the pandemic on top of that—this was just a shit show. How can we put out a record and not talk about that stuff, so there were lots of things to write about all of a sudden.”

The title track, originally written in 2019 and recorded in 2020, recounts all the ongoing socio-political obstacles. “I feel like we’re in a unique period in history where instead of our world leaders saying ‘we’re doing our best,’” says Holland. “It’s more like they’re saying ‘fuck it,’ and its really scary.”

Now a professor, a doctorate in molecular biology, and co-author of the PLoS One published paper identifying genetic sequencing of HIV, Holland says he found more of the album’s gems in discarded songs. “I write all the time, and record stuff, and sometimes it’s great,” he says. “Then sometimes a song is terrible, and you throw it away, then pull it back out and dust it off and try to make it better, and there’s a little bit of all of that there. “

The core of the album was recorded within the past two years, and when the pandemic hit, the band, Holland, guitarist Noodles, drummer Pete Parada, and bassist Todd Morse, began working out more of the elements round each song. “The time wasn’t right,” says Holland. “It just didn’t feel right to release a record. It’s almost like this record had to find its time, and find the things to write about that I felt strongly about.”

Most of the 12 tracks came from different places, says Holland. “Sometimes it can be a bit that you’ve had forever,” he says. “We revisted ‘Let the Bad Times Roll’ over the last three years, so that was another start and stop, but most [tracks] came out very quickly.”

Opening “This is Not Utopia,” initially written prior to the events of 2020, perforates the conversation of social unrest with Holland thrashing through Like a shot without a warning / Lies a life that’s left behind / And though I try It’s something / I Just can’t unsee, it’s burned into my mind.

“I was also noticing that these things, although we see this stuff through American eyes being American citizens, it isn’t just a U.S. thing,” says Holland. “We’re seeing a lot of social unrest in Hong Kong, in Europe, Russia, Belarus… I would call it anti-democratic forces going on right now, and I think it’s worth writing about.”

On “The Opioid Diaries,” Holland dissects addiction and its shift from a substance abuse derived recreationally or when people tend of fall on hard times. “Today, people are prescribed medication, and they’re not told how addictive they are, so it’s almost like you’re accidentally addicted in a way,” says Holland. “It was an interesting viewpoint that I hadn’t really seen discussed before… this is a scourge that’s really caused by by big pharma.”

“Behind Your Walls” is more about trying to get inside of the head of someone that you know is in trouble, or on the verge of suicide. “I think 10 years ago, I might have said the song is about depression, but nowadays, the song’s about mental illness,” shares Holland. “The whole mental illness thing was really not talked about even a few years ago, and we’re starting to see people discussing it more openly, which I think is great.”

Roving through real-life dystopian settings, Let the Bad Times Roll settles somewhere dark in order to shed lighter sides, and is a reflection of punk rock roots. “When I was growing up, I loved punk rock bands, because they weren’t afraid to take on tough subjects, and that was really a contrast between the popular music of the time,” says Holland. “I really related to that, because I felt like these guys are talking about real things that matter to me and are important, even if they’re heavy or not pretty. So I always feel like I’d rather go there.”

The best way to write is to not think, says Holland. “I never think ‘oh, I need a song that’s like this,’” he says. “It sounds funny, but you kind of have to let the song go where it wants to go. It doesn’t sound natural, because you think you’re the one writing the song at the end of the day, I always say a song has to find its home. That means it kind of it has to go where it fits.”

He adds, “I just write a bunch of stuff and then it’s almost like we throw it out there, figuring out how to the pieces of this puzzle fit together. Some songs fit into the idea of an album and some of them don’t.”

Never wanting to make the same album over and over, Holland says the past few albums have pushed boundaries for the band. “It’s always finding that fine line of how do we sound like the old offspring but sound fresh sound like it’s something new,” says Holland. “It’s what we grapple with in the studio, but we don’t get too wrapped up in it. You just have to throw it out there and see what happens.”

It’s cover depicting Shiva holding a gun and a handful of pills, Let the Bad Times Roll sounds more pessimistic on its surface but is ultimately threaded in hope, says Holland.

“These are kind of just my observations about what I’m feeling and where we’re at in life right now,” says Holland.

He adds, “At the end of the day, I consider myself a songwriter. I consider myself an observer. I never want to be preachy in what I’m saying. We can all agree that this stuff is going on, and it’s not great, but we can make the world a better place and ‘Let the Bad Times Roll,’ we’re all sort of pointing out society’s ills.” 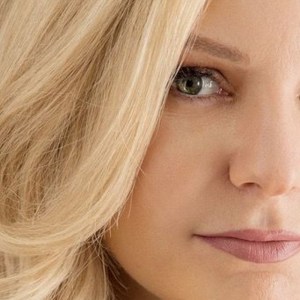 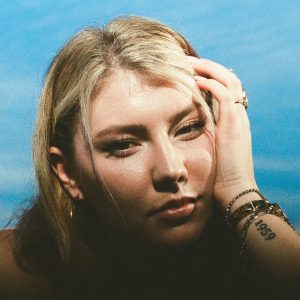