Departure lounges have long been the sites of teary goodbyes and happy reunions. So it’s fitting that the band that shares that name have come back together after nineteen years to make Transmeridian, an album that explores themes of travel, home and human connection.

“I get great comfort from Departure Lounge,” says lead singer-guitarist Tim Keegan.  “There’s a certain sort of energy about it and the dynamic of how the four of us feel about each other. There’s a lot of love in the room when we get together, and we haven’t been together for such a long time.  Even though we weren’t operational, we still had a deep connection.”

Keegan lives in England, as do multi-instrumentalist bandmates Jake Kyle and Chris Anderson, while drummer Lindsay Jamieson resides in Nashville. In November 2019, when they reunited for two shows in London to celebrate the digital release of their back catalog, they didn’t know it would turn into a new album.

“We did know that we were going into the studio after the gigs,” Keegan says. “We’d gotten a bit of publishing money for our back catalog, and decided that the best way to spend it would be to reserve a few days in a nice studio. A friend recommended this amazing place down in Devon.  It’s on an old farm, and it was so perfect for us.  As soon as we got there, the house engineer had set up so we could play live together, and we started playing straight away. And we didn’t stop. It literally just poured out of us. The whole record was written and recorded in two sessions on the same day.”

Reconnecting with their dreamy acoustic-electronica sound, the baker’s dozen of new tracks include highlights such as the sweeping, cinematic single “Mercury in Retrograde,” the jangly, stomping “Australia” and the psychedelia-meets-campfire sing-a-long “Mr. Friendly.” The vocal-based songs are interspersed with exotica-tinged instrumentals like “Harvest Mood,” “Paging Marco Polo” and “Al Aire Libre,” which serve as appealing palate cleansers and all sound ready-made for film soundtracks.

“I think the instrumentals are the most important part of who we are as a group,” Keegan says. “Because we’ve always had this thing as a group of improvising and making stuff up together. It’s such fun. It’s like jazz almost. You just go, even though you don’t know where you’re going. It’s that element of discovery and tapping into the subconscious. Somehow when you’re communicating solely through music, you can listen better and respond better.”

The title of the new album, which fittingly suggests world geography, has a personal connection for Keegan, as it honors his late father. “Transmeridian was my uncle’s airline, a cargo company based in Liverpool,” he says. “My dad became chief pilot of the airline. It was flying in the golden age, the sort of pioneers of the air, as it were. And my mom was an air stewardess for Transmeridian. My dad used to fly elephants and racing cars and all sorts of ridiculous things. All the pilots had a joie de vivre, and were these great characters from all around the world. It was such a cool word to describe the album, and nice tribute to my dad.”

Indeed, the colorful musical cargo of the new Departure Lounge record comes at a time when all of us are restless and ready for travel and connection again. “That sort of tension between being restless and being really grateful for home is an interesting one,” Keegan says. “Being in a band is not compatible with family life. I know some people do it, but the going away, not just the physical, but the emotional going away is a really massive thing. None of us in the band were really up for it twenty years ago, as we started having our own families. It wasn’t sustainable. But the fact that it’s come back around now when we’re all a bit older, it feels a bit more possible. We’re hopeful that we’ll get to play more shows together later this year or early next.” 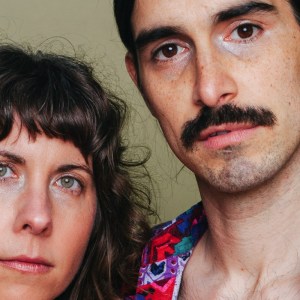 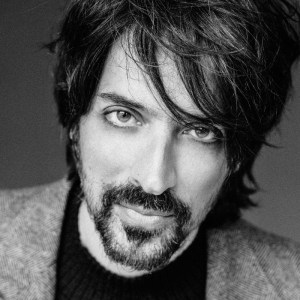