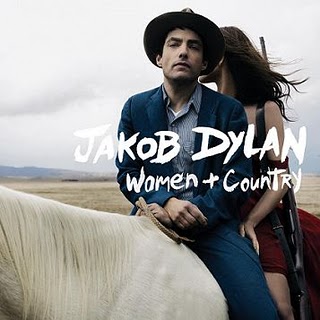 On his second solo album, Women and Country, Jakob Dylan has teamed with T Bone Burnett to create an ambitious record of finely-chiseled songs with lush, sweeping instrumentation. The record marks Dylan’s reunion with Burnett, who produced The Wallflower’s 1996 album, Bringing Down The Horse, a juggernaut of rock radio that sold more than 6 million copies.

T Bone, who has known Dylan since he was a kid, suggested the two make an album together after the singer played him the song “Nothing But The Whole Wide World,” a tune Dylan had originally written for a Glen Campbell album. The prolific producer then challenged the songwriter to write an album’s worth of material, and that was that. Dylan and company recorded the album in less than a week in Los Angeles, with T Bone’s crack backing band, which includes Marc Ribot (a frequent collaborator with Tom Waits) on guitar and David Mansfield on fiddle and mandolin.

Musically, Women and Country stands as a departure from Dylan’s first solo effort, Seeing Things, a sparse, stripped-down acoustic affair that was helmed by Rick Rubin. The instrumentation on Women and Country is grand, complete with horns, mandolin and keys. “I wanted to take this one in the opposite direction,” Dylan said during an interview in Austin at South by Southwest.

Neko Case and Kelly Hogan contribute harmony vocals to most of the eleven tracks. Dylan said he’d long been a fan of Case, but suggested it was T Bone’s idea to bring the chanteuse on board. “That’s T Bone,” he said. “He aims for the top.” (Dylan is taking Case’s band out on the road for the tour.)

Like the rest of Dylan’s catalog, the songs on Women and Country are exceptionally well crafted. When asked about this, he confesses to being a heavy editor, but concedes that ideas for songs usually come at once.

The theme of Women and Country can best be summed up as moral perseverance in the face of adversity. “Lend a Hand,” one of the album’s standout tracks, is a Tom Waits-ian romp that puts a sly grin on an apocalyptic scenario. “Ain’t no wives tale/It ain’t no fable/ Payback is coming around/ The hourglass, sitting there on the table/ Filled on both sides now,” he sings over a bluesy, New Orleans-style stomp.

“Down Our Own Shield,” is a quiet, introspective number that warns of the “end of the dragon’s tail that’s whipping around our heels.” “Holy Rollers For Love” is Dylan’s best vocal track on the album, and teems with Old Testament imagery, full of mountains, floods, and Beelzebub. “Everybody’s Hurtin” is a foreboding song that holds out hope for something beyond the here and now.

All told, Women and Country is Dylan’s most accomplished work to date, and will set the bar for all future endeavors. 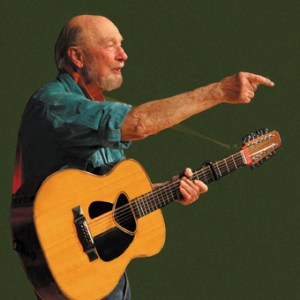