It has been a slow build for Texas born and bred (now Nashville) singer/songwriter Jarrod Dickenson;one that has finally yielded success, but not in America. Rather, Dickenson’s extensive touring in Europe has resulted in a recent, 13 date sold out headlining stint across the UK. It has taken a decade after leaving Austin and hitting the road, but all those miles of touring are evident on Dickenson’s third album.

His deep, emotional, often luxurious voice envelops songs of love (a lovely, sweet duet “Your Heart Belongs to Me” with wife and frequent harmony vocalist Claire Dickenson) and loss (“Do you still wear my shirt when you sleep/Do you still dance around when nobody can see” from “California”), enticing you into these stories.

Dickenson’s previous work was predominantly acoustic but he moves into far more soulful and gospel infused territory on full length release number three. That’s immediately clear on the opening “Faint of Heart” that beats with a churchy heart complete with pumping Hammond organ and a chorus you’ll be singing after the first spin. It leads into the throbbing horn enhanced R&B ballad of “Take It From Me.” He borrows a groove—arguably too closely– from Paul Simon’s similarly styled “Late in the Evening” for the rousing “Way Past Midnight,” yet there’s a frisky, catchy immediacy to his song. Still, he’s a little out of his depth on the self-confessed Tom Waits’ styled “Gold Rush” that gets down, dirty and swampy but seems like he’s trying too hard.

Dickenson hits his sweet spot of soulful, bluesy country on the lovely “In the Meantime,” one of the disc’s finest moments and recorded in a single take.  The entire disc was captured live to 2” tape, perhaps not surprisingly in the UK where Dickenson has found a receptive audience. That provides a warm burnished glow to these performances, the majority of which are ballad oriented. It’s especially true of the disc’s final third that features a stripped down acoustic waltz on “A Cowboy and the Moon,” a bittersweet story about an ageing desperado looking back on his life.

Dickenson should stick closer to the beefier soul/Stax styled tracks that push the singer/songwriter’s boundaries, displaying his affectionate vocals, gospel underpinnings and sure sense of groove. Regardless, there’s plenty to like on Ready the Horses, an album steeped in Americana that will hopefully find him a substantial audience in his home country. 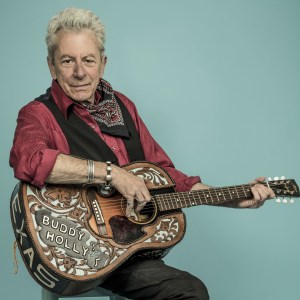 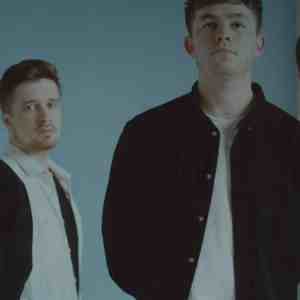