Kyle Krone has a long musical history as an artist and writer, with more than a million streams of his homage to caffeine, “Coffee Coffee Coffee.” Now he’s teamed up with former Australian-by-way-of-Colorado Brandon Hoogenboom to form Casual Vice, which has just released a new single, “Antihero,” in advance of their EP Joie De Vivre.

Multi-instrumentalist and producer Krone was previously a member of The Shys, a band that was signed to Seymour Stein’s Sire label (Madonna, the Pretenders), and recorded with Nashville producer and current Grammy nominee Dave Cobb. Hoogenboom, meanwhile, had been a member of internationally-touring Sydney pop band Set Sail until he had problems with his visa. Speaking by phone with American Songwriter from his home in seaside Southern California, not far from where the swallows return to Capistrano, Krone explained how the two musicians joined forces.

“I had a lot of songs I felt like I wasn’t the right singer for,” Krone said. “Brandon had hired me to produce a song for him, and it took us both by surprise because it went so well. When I heard him sing, I had him come sing on a couple of my tunes, and it was just one of those lucky, fortunate things. We just started getting carried away with the joy of it. And that’s how Casual Vice started. He’s just such a phenomenal singer, and such an enjoyable, positive spirit to hang out with. It opened up so many musical possibilities, and he plays a lot of acoustic guitar on the songs and sometimes plays bass. Some of our songs are completely mine, and some of them are where I will write the music and Brandon will contribute. It’s a little bit of a Lennon-McCartney thing that way, we both sing solo, and then there are songs that we sing together.”

The vibe of “Antihero,” written by Krone, features production that sometimes brings to mind ‘80s new wave rock-pop bands like A Flock of Seagulls, or Depeche Mode without the gloom. The song’s unique lyric video is a scrolling collage of dozens of famous antihero types, from Marvin Gaye to Chuck Berry to Harry Dean Stanton, who commingle with the lyrics being typed out on an old virtual typewriter.

Krone said he appreciates, and is inspired by, numerous artists from across the musical spectrum. “As far as influences, there are many. The Talking Heads, I love the Cure, I love people like Leonard Cohen, Johnny Cash. The influences are pretty wide, and I hope are well-brewed. There’s people like Sam Cooke and Otis Redding in there, and then there’s people like Blondie and Serge Gainsbourg. A lot of those writers did, and still do, have a pretty profound effect on me. And an interesting aspect is also that Brandon and I both lived in foreign countries, with Brandon being from Australia, and I lived for about four years in Costa Rica. It was sort of a place that can heal you, where it just sort of turns down all the noise.”

Krone has also done his share of staff writing. “During my time with The Shys, I wrote the songs in that band, and by virtue of that I was signed to Peer Music Publishing,” he said. “The Peer deal ran its course and I signed with a different company called Big Deal Music Group, and with an imprint of that called SABCO, which is based out of Nashville. After The Shys folded I got back in the studio and did a solo record in LA and started getting into the writing side for other people, and eventually I came to the conclusion that it was necessary for me to learn how to record and be in control of my own musical destiny in that way. So I was writing and recording and producing other people, and I had quite a collection of songs. That was right around the time I met Brandon, and we’ve been doing this for about a year now.”

Krone’s years in the industry have taught him how important it is to promote Casual Vice’s work, and to respect the role of the professional music press. “When our PR company started pitching for the single I wouldn’t have felt right if I didn’t list my dream publications I wanted to send it to,” he said, “and American Songwriter was one of them. It made my day when they let me know you were interested. It’s very cool.” 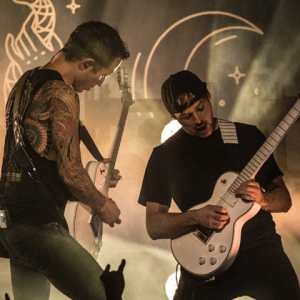 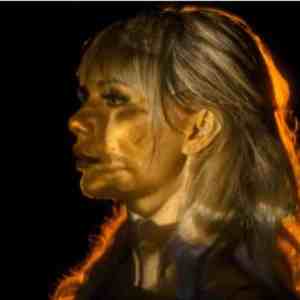