Dines who is well known as a content creator and musician on YouTube grew up listening to Trivium who Heafy fronts. They first came together via a fan request on Dines channel for he and Heafy to do a shred competition.  And as an avid fan of the channel Heafy greenlit the endeavor without hesitation.  What transpired after the Shred Wars series was a real friendship.  Heafy brought Jared on the road to help with some digital media content and to just hang out.  And when Heafy had to quickly leave Trivium’s 2018 tour for the birth of his children, Dines stepped in. You could say their friendship was the catalyst for almost everything including their recent collaboration, the Dines X Heafy EP.

The EP is a sincere coalition between both artists. Dines played the role of chief songwriter and guitarist, while Heafy, normally a lyricist, songwriter, and guitarist in Trivium, took a back seat, writing only lyrics and playing guitar solos, focusing on what he saw as an opportunity to get some things off his chest.

“This was very different because Jared wrote the music sent it over to me,” Heafy told American Songwriter. “And from that moment I was like ‘you know what, I’m just going to sing and maybe play some solos. I was completely free of having to think ‘can I play and sing this at the same time.’ And these were the first set of lyrics that I had written since having to leave a tour, putting my dog of 10 years down as I held her, and watching my kids be born and my daughter taken to the ICU for four days. So, it was just this whole storm of things going on in my own life and of course in the world as well.”

The EP opener, “Can We Turn Back Yesterday” is a perfect portrayal of Heafy’s world perspective, but it resonated with Dines in a somewhat different way.

“The things that he was writing about were from a really dark time for him,” Dines added. “And it’s all things that I’m going through too. Whether you’re in the, quote, real world, industry side or the YouTube side or content creators’ side.”

“For me it’s about ‘how can I get that feeling back when I used to be excited about doing stuff?’” Dines said. “Because it gets to a point where you do enough things that it gets kind of mundane and monotonous. But back five, six years ago when I started, the smallest things that happened, were just insane to me. And you just do that for so long and I don’t know if jaded is the right word but being able to feel that level of joy and excitement for something as a musician, especially nowadays it’s hard.”

The honesty portrayed in the music and lyrics were equally presented in the production and recording process.  The EP was tracked across state lines with very little back and forth. Heafy wanted the EP to be real and raw, instead of over produced. After they sat on the EP for nearly two years, Dines started to hear the EP’s early 2000s metal sound and was hesitant to put it out.  But then he thought back to his own content and what people like about it.

“I’ve learned from doing YouTube, and my side of the industry that the less time I put into something, the more people tend to like it,” Dines said. “Which is the strangest thing and I just don’t understand why that is. But it just worked out and I’m happy with the EP now and how people are reacting to it.”

“And I think there’s something to it, whether it’s specifically this year or just in general,” Dines continued. “Maybe it’s a little bit of that nostalgia of growing up in the early 2000s when that’s how music sounded.”

The point Dines highlights is that so many people are turning back to music they grew up on or just older sounding music in general this year. So many songs have returned to charts and peaked in 2020.  Partly because music has grown even more-so into a coping mechanism for so many struggling with added anxiety and depression during the pandemic. And Dines and Heafy are not exempt for those experiences. “Dear Anxiety” shows a side of Heafy to fans that takes him off the rockstar pedestal and puts him on an equal ground with every human while sharing just how much anxiety plays a role in his life too and the forever journey it is for him.

“That one was not covered in metaphor, it was directly how I was feeling,” Heafy said. “I look back at those verses and I was in a really rough state. And I feel like a lot of people that have a platform, just say that they say they struggle too but they don’t necessarily give their followers the clues of where to go from there.”

“And I always tell our fans when I’m not in a great place,” Heafy added. “Mental health is very important. And absolutely everyone should have a therapist. And we all need to have a hobby that’s fun, whether it’s gaming, cooking or photography. We all need a physical outlet too- yoga shadowboxing, ju-jitsu, weightlifting whatever it may be. We need both of those things.”

Leveling with fans and listeners in this way shows the undressed essence of the EP. It’s under-produced, impulsively written and speaks to everyone with a message. And more importantly the message offers a sense of community.

“The EP overall goes along with how it sounds, it’s raw, it’s real,” Dines said. “We’re not sugarcoating anything. I think Matt is resonating with a lot of what the world is going through right now. It’s like we lost it all. It’s just acknowledging everything that’s real. We’re not trying to to hide and be like ‘well your life sucks but I’m a rockstar and I’m doing great.’ We’re all humans with faults. We all need to be reassured and comforted. And we all need to stick together.” 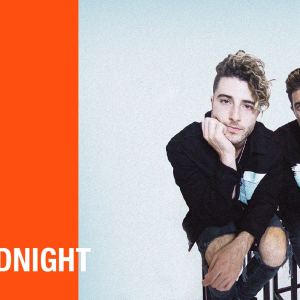 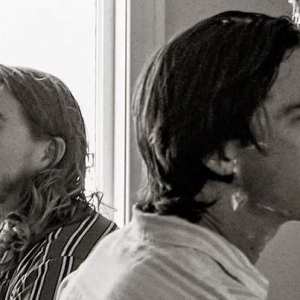